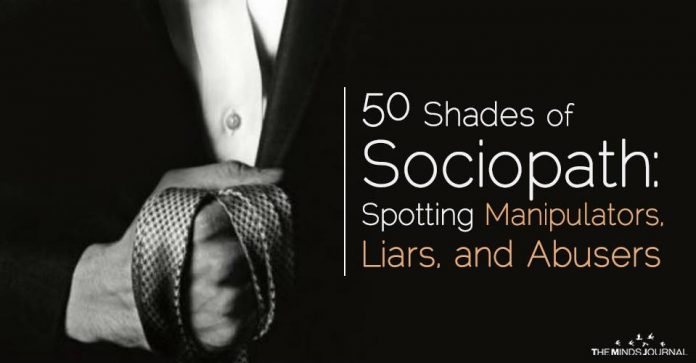 For example, I was hoping to see The Imitation Game this coming weekend, but it turns out I can’t because Fifty Shades of Grey will be taking up every theater for its Valentine’s Day release. So now that I know I’ll be spending the weekend stacking things on my cat, I figured this would be a nice time for some discourse.

I don’t really want to spend this article insulting the franchise. Actually, I do, but a lot of people have already done a much better job of that than I could hope to. So instead, I thought I’d use all of this excitement to try & spread a little bit of awareness about sociopaths, narcissists, and psychopaths. What a surprise!

Did you know that psychopaths make up 4% of the general population, and narcissists come in even higher at 6%?

These people are not usually serial killers or genocidal tyrants. They’re much more commonly the people being glorified this Valentine’s Day. Controlling, pity-seeking, manipulative predators—masked as passionate & exciting lovers.

The problem with Fifty Shades of Grey is that it fails to understand the character it’s trying to portray. Okay, so you’ve got your charming sociopath and he’s so sexy. Kinky, wild, exciting. Charming and alluring at first, he focuses all of his attention on you. It’s like there’s no one else in the world.

It always starts off with idealization.

Then the mask begins to slip. He’s controlling, threatening, and kind of scary. You’re constantly on edge around him and you never know where you stand. Your entire life starts to revolve around him, and slowly but surely, you begin to lose your sense of self.

Yep, still accurate. With sociopaths, the idealization always comes to an end.

Next up, we start digging into the abuser’s past.

Turns out he had a tragic childhood, which explains all of the unacceptable behavior mentioned above! Fortunately, our victim has a superpower. She can cure sociopathy!

Sociopaths come from abusive backgrounds but they can be fixed with the right kind of lover who understands them.

A steamy, broken sort of romance. Society might say no, but that’s because they’re just so caught up in their conventional ways. They could never understand childhood abuse survivors and their sexual needs.

Sociopaths love pity. They use it constantly. They use it to justify their abuse, making you feel sorry for them, instead of thinking about your own boundaries & rights.

They are pathological liars who will say anything and everything to convince you that their toxic behavior is good for you. Like parasites, their goal is to do whatever it takes to keep you as a source of supply.

This is one of the most common tactics of a psychopathic predator. “You’re the only one who understands me. I’ve never felt this way in my life.” Everyone else has failed them, but you… You are the one. The exception.

This is why I hate Fifty Shades of Grey. Not because of the sex or the kinkiness. But because it perpetuates this bald-faced lie that abusive people can be fixed by the right person. This idea that sociopathic relationships are sexy when in reality, they will completely destroy every bit of your self-worth.

Codependents’ reactive role amplifies their focus on their partner, while they hide who they are. They increasingly try to control the uncontrollable, sacrifice themselves, and try harder to please and be accepted.
Read more
wpDiscuz
16
0
Would love your thoughts, please comment.x
()
x
| Reply