Manipulation Of The Charming Narcissist 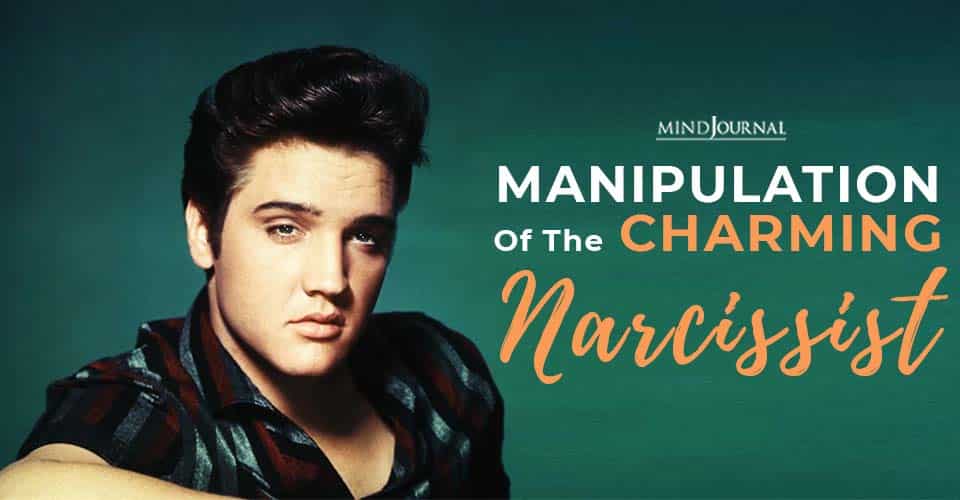 Charming Narcissists: They know just what to say and how to act to curry favor. They’re adept at the art of impression management (or image control).

Since narcissists deep down feel themselves to be faultless, it is inevitable that when they are in conflict with the world they will invariably perceive the conflict as the world’s fault. — M. Scott Peck

Long ago I realized that narcissists come in two very different varieties.  You have to know what makes each type tick to deal with them effectively. So, I was sure to discuss them in my first two books. But back when I first wrote about them, most professionals didn’t recognize that two types existed. However, in recent years, much research has validated this notion.

Read Discover Your Level of Narcissism

“Neurotic” or “compensatory” narcissists harbor inner insecurities and have a fragile self-image. So, they crave praise and adulation. And they seem oblivious to how obnoxious they can appear when trying to prove themselves. Contrarily, character-disturbed or “grandiose” narcissists have strong and inflated egos. And their arrogance does not represent an unconscious compensation for an underlying impaired sense of self-worth.

Such folks truly believe in their greatness. And they treat others with disdain and on purpose. Believing themselves superior, they feel entitled to do so. They even know how they come across. But they lack empathy. They’re aware but simply don’t care. (I speak to this in-depth in Character Disturbance.)

You can separate narcissists in another way, too. Some narcissists are unhesitatingly brash and vulgar. They openly flaunt and disdain. And they offend us easily. We tolerate such folks only when we have to.  We’d rather not even be around them, let alone deal with them.

Read What Therapists Know About Narcissism That You Need To Know

They know just what to say and how to act to curry favor. They’re adept at the art of impression management (or image control).

As a result, they know how to seduce and otherwise manipulate you. (See also: Deception and Manipulation.)

Brash and vulgar narcissists naturally offend us. So, we naturally want to keep our distance and watch our backs. But charming narcissists are in some ways more dangerous. Like I say in In Sheep’s Clothing, dealing with them can be like getting whiplash. You only fully realize who they are and what they’ve done to you after the fact.

My case files are full of a typical story. A victim reports that on the front end of a relationship someone made them feel special. They made them feel desired, of value. They said such wonderful things – made incredible promises.

The victim may have even known that the purpose was to be won over. But even that notion made them feel important. Only after years of exploitation and abuse did they come to realize they represented merely a trophy of sorts. And, unfortunately, they also learned the hard way how easily some trophies can be discarded once they’ve outlived their usefulness.