Histrionic Personality Disorder: How This Type Of Narcissism Works In Women 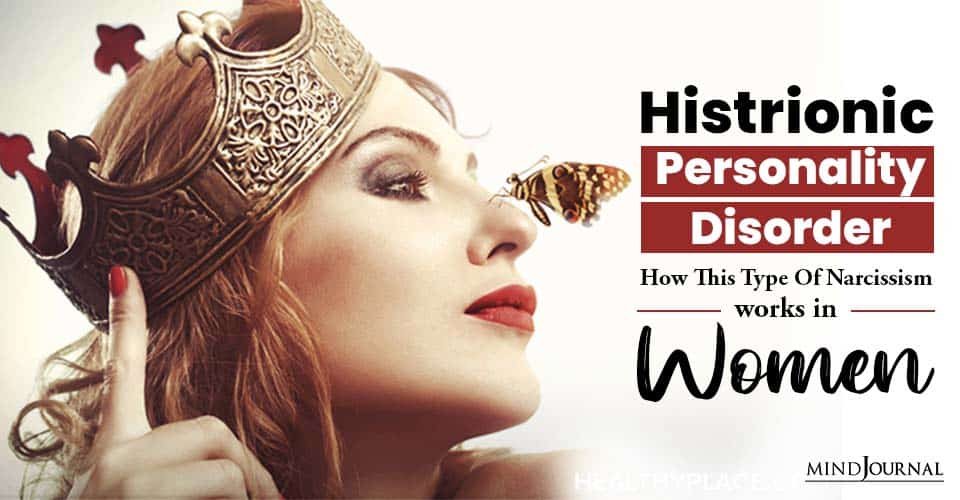 This doesn’t mean that women cannot get NPD and vice versa. Around three percent of the popular suffer from HPD.

Historic is rooted in ‘hysteria’ and according to the American Psychiatric Association’s Diagnostic and Statistical Manual, it is classified as a Cluster B Disorder. Those afflicted by it start showing symptoms when they become young adults.

Histrionic Personality Disorder in women is quite like NPD because these people also have an inflated ego and think very highly of themselves. This is accompanied by an intense desire for drama and the spotlight at all times.

They are noisy, theatrical, spirited people who seem like they’re the ones who can get the party started. It is not easy to spot HPD because these people look like they’re nice and outgoing.

But all of that is just superficial and is a direct effect of their need for attention. HPD is partially genetic and its onset also depends on how a person is brought up in their childhood.

They are generally very dramatic and are very good at playing a role. They will be seductive, provocative, dependent, and emotionally unstable, just about anything if it means they can use that persona to gain influence on the people surrounding them. Their actions are exaggerated and often not appropriate for the circumstances they are in just so that people will stay fixed on them.

There is no such thing as bad attention in their case. They are just as ready to be shocking, infuriating, annoying, and embarrassing if it means the spotlight will be on them. They like it when they can make the people around them scared and unstable.

The Diagnostic and Statistical Manual has published eight key features for HPD:

1. Not comfortable on the sidelines.

2. Acting in a manner that is not appropriate, usually with sexually charged overtones.

4. Uses looks to ensure that the spotlight stays on them.

5. Talks in a grandiose but superficial manner.

6. Expresses themselves in an exaggerated way.

8. Thinks that they are much closer to people than they really are.

Individuals with HPD are also pathological liars sometimes their web of lies becomes so complex that they start believing their own fabrications.

If someone calls them out on their behavior they will descend into hysteria and try to make themselves look like the victim by blaming and shaming everyone else. They are so emotionally unstable that many suffer from bipolar disorder or are clinically depressed. Everything they feel is so intense that it seems like they are feeling it a step above everyone else which is mostly true.

Here Is How Histrionic Personality Disorder Works In Women

Quick to anger and doesn’t have a tight grip on their feelings even with regard to trivial things.

Everything needs to revolve around them at all times.

They don’t feel bad for anything they’ve done because they believe that others are at fault. It is never their mistake.

Being unfaithful is no problem for them and they won’t care if they’re also ruining someone else’s relationship.

They’ll take any chance they get to condescend to others.

All their relationships are based on what they can get out of those people. If someone becomes useless they will be cut off.