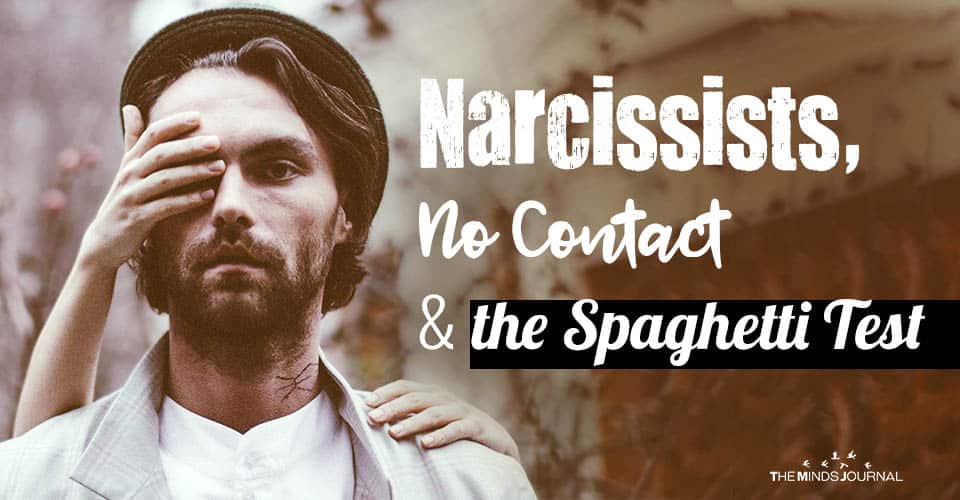 You’ve done all the right things. You’ve broken up with your Narcissist, you’ve gone no contact and you’ve done your very best to put your focus back on you. But much to your chagrin, your Narcissist is pulling out all the stops, throwing everything at you to try and elicit some type of response.

Related: You Are A Victim Of Narcissistic Abuse

Unwittingly, throughout your relationship, either through sharing, or information gathering, you have given your narcissist all kinds of clues about your emotional triggers, what your greatest fears are and your most painful hurts.

Your Narcissist knows you. They’ve been doing reconnaissance since the day you met. You may have thought you were getting to know each other through the exchange of information, but really what was going on was that your narcissist was engaging in something much more sinister. They were looking for a way in and the best way to control you. Whether this is conscious behavior or subconscious behavior, a narcissist knows just what information is important enough to be remembered and stored for future use.

Related: Five Powerful Ways Abusive Narcissists Get Inside Your Head

So when you’ve finally had enough of their abuse and you tell them to buzz off, don’t be surprised at the extent to which, a narcissist will attempt to hold on.

Do you want to know if you are dating a narcissist? Watch this interesting video:

When a Narcissist is bent on getting you back they will throw everything at you to see what sticks, much like a chef will throw pasta against the wall to see what hangs on and what bounces off. They will pull no punches and you will see everything you’ve ever said thrown back at you in an attempt to weaken your defenses.

Many of us go into no contact feeling strong and determined to be done with all the madness and then out of nowhere a text message comes in. You’re determined not to open it, but you see it’s a picture. You cave and open it up. It’s a picture of the restaurant you went to on your first date. You roll your eyes and think, pa-leeeeeease, but somewhere, very deep inside, you feel one tiny heartstring being pulled. You don’t respond, but your mind starts to travel in that direction. Your phone buzzes again, it’s another text:

Do you remember our first date? It was here. I miss you. We need to talk

You are determined not to respond because this isn’t the first time you’ve been here and you know how hard it is to get yourself back to this place, where you’re fed up enough to actually take action to end it, but you feel it, there it is, another heartstring pulled.

Your Narcissist has determined that this was a failed attempt, since you didn’t respond, so they decide they have to up their game. They don’t want to seem too eager, because that would reek of desperation, so they wait a day, maybe two, hoping that the seeds they’ve just planted might take root.

They’ve tried sentimentality – that didn’t work, so now they’ll try the connection tactic and your phone goes off again.

I’ve never felt like this before. I can’t breathe without you. I’ve never felt this kind of connection with anyone. What we have is special and I don’t understand how you can walk away from us.

At this point, you’re upset that they are making you feel things and that they just won’t go away. A part of you is a little happy that they aren’t giving up without a fight and that the shoe is on the other foot for a change, but you’ve made up your mind, you’re done and you want these messages to stop, so you tell yourself it’s ok to reply. You justify breaking no contact because you aren’t giving in, you’re telling him to stop.

Alex we are over. Please stop contacting me. We both need to move on.

At this point, your Narcissist has gotten what they wanted – contact. It doesn’t matter that the contact was negative – they got you to respond, which was their goal. So they make a mental note that feeding you a dose of guilt got the job done, so they throw in some more.

Angela, we’re not done. You said you’d always be there for me. Was that a lie? You said that you’d always love me – were you lying then too? I need you and I’m not giving upon us.

You’ve wanted to hear and feel that this man really loves you throughout your entire relationship and here it is. You’re thrilled that he wants you back and the fact that he’s not giving up must really mean he loves you – right? Wrong. The problem now is you’re starting to soften a bit and you justify responding again because you need to respond to these allegations. The nerve of him, after everything he’s done.

No, I wasn’t lying, but how much do you expect me to put up with? You’re flirting with other women, you ignore me and treat me like shit. You’re never there for me when I need you and I always feel like I’m being used.

This is better than he had hoped, now he’s got you engaging in a full-fledged conversation. Albeit it’s via text message, but you’re still engaging with him. Now it’s just a matter of planting enough doubt and confusion into your mind about his behavior and then twisting it to somehow make it all your fault so that you start to doubt your decision and what actually happened.

I wasn’t flirting with other women. That was Crystal. I’ve known her since I was 8, she’s like a sister to me and she was having trouble with her husband. Do you expect me to turn my back on a friend when they need my help? I’ve been really busy lately and going through some stuff. I’m sorry I haven’t been there for you, but my issue is almost over and then we can spend all the time together you want. We can go on a trip, anywhere you’d like. Let’s go out to dinner and talk about it.

The thing to remember is that when we go no contact it’s for a very good reason. It’s because we realize that we are being abused and manipulated and we need to extricate ourselves from the insanity.

One always has to keep in mind that when a narcissist promises change, they will change, for a while, just long enough until they’ve determined they’ve sucked you back in. Then it’s back to the same ole, same ole. They aren’t interested in your feelings. They’re only interested in what they’re feeling. Everything that is being said to you while you’re attempting no contact is smoke and mirrors. None of it is sincere. This is a game and your Narcissist is only interested in winning. So don’t fall for it.

Their ability to feel empathy is impaired, they can’t fully comprehend how their behavior has made you feel. When there is no comprehension of cause and effect, there is no motive for real change. To them, your no contact is just a hoop they have to temporarily jump through, just long enough for them to get you under control again. Don’t make the mistake of thinking that now things will be on your terms because any change in their behavior would be short-lived.

When a Narcissist is pursuing you like this, do not misinterpret this as flattery, or an indication of the depth of their emotions for you. What it really is, is an attempt to control you and a complete disregard for your wishes and your boundaries. If you tell someone no and they continue, that’s incredibly disrespectful and fully indicative of someone whose only interest is in their own needs – not yours.

I’ve discussed in previous blogs about intermittent rewards and how our motivation can be likened to a slot machine. If a Narcissist pulls the lever and gets what he wants all the time, he’ll pull it whenever he has a desire to. If he pulls it and only gets rewarded some of the time, he’s going to keep pulling a lot longer, because he knows it pays off sometimes, so he tells himself he’s just got to be persistent. When he pulls the lever and never gets rewarded, he will learn quickly that pulling the lever gets him nowhere, so he’ll just stop.

That is the place where you want to get your Narcissist after going no contact. That’s why even occasionally replying makes them persist. You’re teaching them that no doesn’t mean no, it means try harder. Give them nothing every time, then and only then, will they stop and go away for good.