Why Narcissists Try to “Recycle” Their Partners 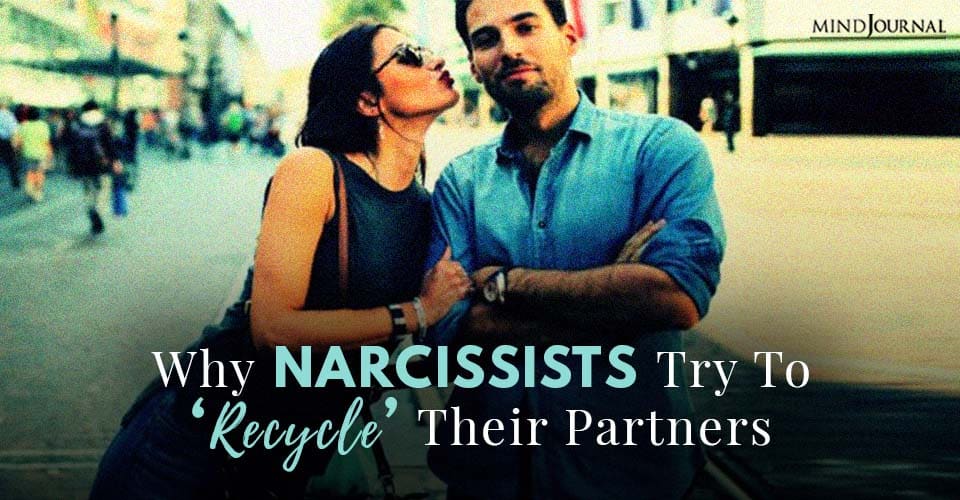 Why Narcissists Try to “Recycle” Their Partners? Will my narcissistic ex come back to me again?
By Dr. Elinor Greenberg

I am often asked, “Will my narcissistic ex come back to me again?” I can reassure you that there is one type of narcissist who almost always returns. I call them “the recyclers.”

Recyclers can be men or women. What they have in common is that they tend to cycle through the same set of lovers over and over again.

Unlike many narcissists, people with this love pattern tend to avoid confrontation, and value being with someone predictable over the novelty of a new conquest.

I think of them as “sequential monogamists.” While they are with a person, they are faithful; but as soon as they become bored or narcissistically wounded, they move on to the next available person in their group.

Over time, they assemble a collection of undemanding lovers who are willing to take them back repeatedly. If no one drops out, this pattern can go on indefinitely. Eventually, most of the lovers realize that there are others in the group, but they either become resigned to the situation or have their own reasons for accepting it.

Related: The Pull And Push In A Relationship With A Narcissist

Robby had an interesting collection of women:

Three had never been married, one was divorced, and the other lived with what she described as a boring, older husband. Unlike many narcissists, Robby liked women around his own age and enjoyed their companionship.

The women liked Robby because he liked them, and also because he was adventurous and brought excitement into their lives. He liked women who were agreeable and predictable, and he liked his life to be uncomplicated and spontaneous.

He would suddenly get it into his head that they should go to Las Vegas for the weekend, he would buy airline tickets immediately, and then they were off on an adventure together. And if he got bored in Las Vegas, he simply arranged for them to move on to someplace new.

Robby recycled places in the same way that he recycled women — Las Vegas led to New Orleans, which led to Big Sur, which might lead to Hawaii. He did not really care which of the women accompanied him, as long as he got whatever he wanted from the experience.

Why do recyclers move on?

If recyclers value predictability and monogamy, you may wonder why they move on at all. The answer is that they suffer from the same issues as other people with narcissistic personality adaptations (I prefer the word “adaptation” to “disorder”):

“Object constancy” is a psychological term for the ability to maintain your positive feelings for a person, including yourself, while you are feeling frustrated, hurt, angry, or disappointed by that person.

It also includes the ability to maintain your emotional connection to a person when they are not physically present. A lack of object constancy is considered to be one of the hallmarks of a personality disorder.

Because recyclers lack object constancy, when they become narcissistically wounded by their current lover, they lose all their positive feelings towards the person.

Rather than staying and trying to work out the issue, they simply leave and move on to one of the other lovers in their group. And as each lover, in turn, disappoints or angers them, they move on again and again.

Related: This Is What Happens When You Leave A Narcissist?

Narcissists often see people, even those whom they profess to love, as interchangeable. As one beautiful narcissistic woman once told me, “If he doesn’t give me what I want, I can always find another who will.”

Another man told me very frankly that “people are like hamburgers or tissues to me. I need them for what they can do for me.

Most of what people call ‘love,’ I see as convenience.”

This is why narcissists try to recycle their partners.

3. They are low on empathy.

The reason recyclers can move on so easily is that they are not concerned about the feelings of the other people involved. They do not imagine anyone’s pain but their own.

If they give the issue thought, they simply tell themselves one of the following, “If they cared about me staying, they wouldn’t do (fill in the blank),” or “They deserved it.” And if the partner made an emotional display after the recycler announced he or she was moving on, they might tell themselves, “What was all that fuss about?”

Related: How A Narcissist Deals With A Break-up: The 6 Stages and After Effects

​​4. If their status rises, they may decide to “upgrade” partners.

Since people are interchangeable to narcissists, and they are low on empathy, some choose a new group of lovers when their status changes for the better. They want someone on their arm who reflects their new, higher status. Think of rock stars who seem to marry ever-younger versions of the same blond woman.

Diane was beautiful, smart, and a rising star at her law firm. As she became more successful and started dressing in Chanel suits and Ferragamo shoes, she decided that she needed to upgrade her men as well.

Previously, Diane had managed to remain on good terms with most of her exes and had developed a group of men she cycled through who were almost always happy to have her back in their lives, however briefly. Now she was meeting new, higher-status men who could afford the Brioni suits to match her Chanel.

She liked being seen with them and gradually started to integrate these new men into her rotation. Within a year, Diane had developed an entirely new set of lovers and simply stopped responding when a man from her old, less affluent group called.

Related: 7 Sneaky Things Narcissists Say to Get You Back

The last word: If a narcissistic ex-lover keeps returning to you only to leave yet again, perhaps it is time to ask yourself, “Do I want this person back in my life on these terms?” It is your choice if you want to get back into the rotation now that you know that your turn lasts only as long as your narcissistic ex is perfectly happy with you.

This article is based on three of my Quora.com posts: 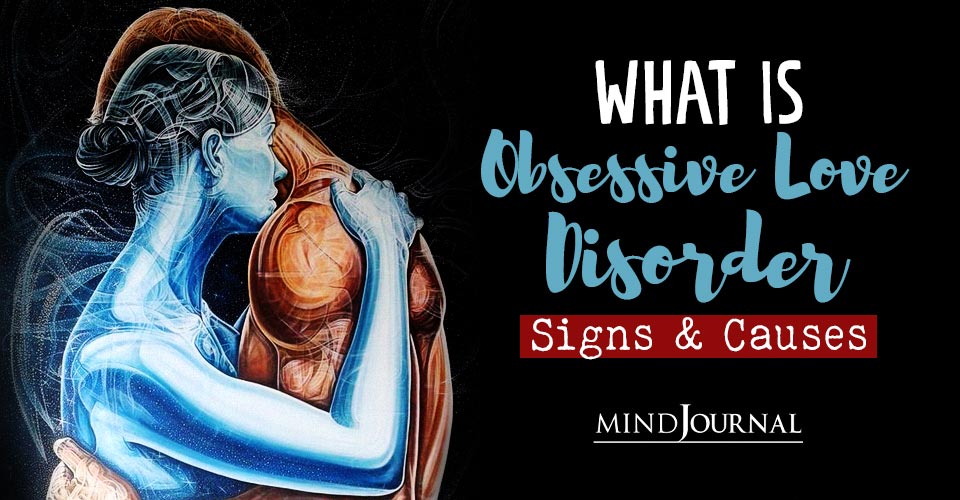