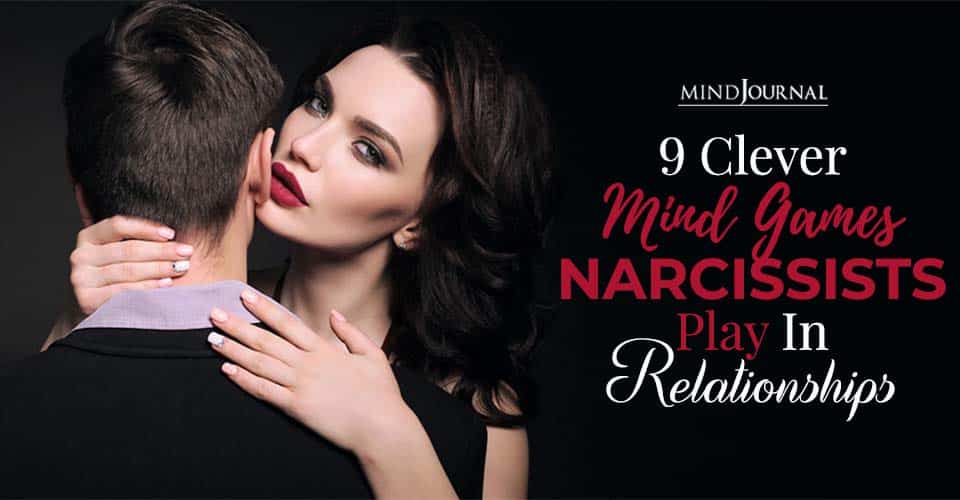 Narcissists often consider relationships as transactional events that they want to work in their favor. Narcissists are people who are extremely self-absorbed, lack empathy, and do everything for their benefit. Narcissists, when they want something, they make sure to get it, no matter what the cost; they can go to any lengths to get what they want.

It is important to realize whether it is a genuine connection or whether the person is manipulating you to feed their ego. There are even several mind games that narcissists play while dating.

Narcissists are people who often engage in a pattern of deceptive, abusive, manipulative mind games to get their way in relationships. Narcissists look for specific things from a relationship and it is not love, intimacy, or connection.

They often use relationships as a means to boost their self-esteem or ego. Playing mind games while dating allows the narcissist to satisfy their ego successfully without any hassle of providing the things he is not interested in providing. Even though recovering from a relationship with a narcissist can be tough, but it is worthwhile.

The mind games do not begin in the initial phase of the relationship. One of the biggest weapons of a narcissist is love bombing, and it is with this, that they manipulate and ‘charm’ their preys.

Studies have shown that clinical narcissism is a personality disorder that affects almost 1% of the population. However, there are several people who share the characteristics of narcissistic personality to a greater or lesser extent.

Related: 15 Lies A Narcissist Says To Keep You Around

A narcissist always pushes their partner’s boundaries to test their partner’s limits. Narcissists fall in love easily. So expect candlelit dinners, weekend away or moonlight walks along the beach. These are called “love trappings”.

It is used to lure you into their trap. You become the source of their narcissistic supply.

When you are attempting to have a conversation regarding your feelings about a particular event or circumstance or even register a complaint, they immediately blame it on you. They are experts at playing the blame game when the situation is not in their favor. Somehow they will find a way to prove you wrong and themselves right from the start.

For example, your sensitivity might irk them, and they will try to gaslight you into believing that you are the culprit and you are the problem, not them. Very cleverly, they flip the whole situation and put you in the spotlight, and indirectly force you to believe that you are the one who should apologize, and not them.

A narcissist has taken an interest in you because you are attractive and knows how to play your insecurities and fear in his favor. He plays emotional hide and seeks or becomes unavailable from time to time because he knows how anxious you will get if he removes himself from you. He uses your fear to his advantage to feed his ego.

You want to build a good relationship that allows room to express each other. But when you tend to address your concerns or feelings, the narcissist’s go-to response is “if you don’t like it, leave”.

They know full well that you won’t leave despite what they say and this ultimately stops you from telling them how you feel. Well, you just fell into his trap and you are right where he wants you to be. Congratulations! you are now a victim of mind games narcissists play while dating.

Read also How do Narcissists think and work?

A narcissist always paints themselves as a victim in their story when telling their partners about the past. They highlight how they were betrayed or how things were unfair. They tend to believe that history will repeat itself each time.

So prepare yourself to always be the bad guy in their story and have your reputation down the drain to anyone who listens. Whatever happens, it will always be your fault even if that’s not the case.