How Do Narcissists Think And Work? 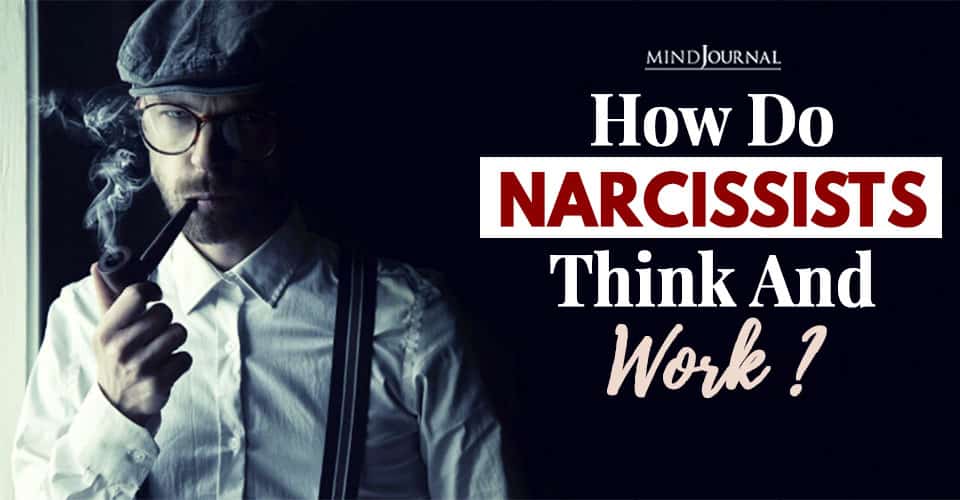 Engaging with narcissistic individuals is like banging your head on the wall, no matter what you do or say, you are the one who always ends up getting hurt.

The term “narcissist” has become a catchall phrase in today’s world. It’s used to describe anyone with an obnoxious ego, sense of entitlement, or disrespect for others. The ability to become pseudo-famous and achieve instant digital gratification has turned society into an insatiable, ego-driven monster. In this new fiberoptic world of plastic smiles and filtered selfies, where is the actual human being?

True narcissism goes beyond callousness and overblown airbrushing; it is a source of troubled relationships for everyone involved with the narcissist. Unlike some mental illnesses that merely affect the individual, narcissism is an affliction that causes more damage to the surrounding people than it does to the actual narcissist.

Narcissism Personality Disorder is one of several personality disorders determined by the American Psychiatric Association, and yet the official diagnosis is considered rare; only between 0.05 and 1 percent of Americans are formally diagnosed with NPD. However, the traits of a narcissistic individual are far more recognizable and common.

The Diagnostic and Statistical Manual of Mental Disorders (DSM-5) establishes the hallmarks of a narcissistic individual, which include an extremely overblown sense of self-importance and an insistent sense of entitlement and need for admiration and attention. These individuals are completely lacking in empathy and respect for others and manipulate and extort people for their own personal benefit—even their own children and loved ones.

Those with NPD or similar traits have trouble regulating their emotions, moods, and behaviors, leading to explosive anger, jealousy, and vicious arguments. Despite the bombastic exterior, narcissistic individuals suffer from cripplingly low self-worth, vulnerability, and shame. Unfortunately, they choose to combat these feelings in negative and destructive ways that also deeply affect those around them.

Related: 50 Ways to Tell If Your Partner Is A Narcissist

It is important to understand that someone can have several attributes of a narcissist, but not be officially diagnosed as such. The traits of narcissism are far more common than actual, full-blown Narcissistic Personality Disorder.

Although treatment is available for some of the biological side effects, such as depression and anxiety, there is ultimately no cure for this disorder. People with such extreme, overblown self-esteem do not believe there is anything wrong with them and will not tolerate perceived insults or criticism. The burden of recovery and healing falls on the victims of the narcissists: parents, children, lovers, co-workers, and friends.

Recovery begins with recognition and awareness. It is important for those dealing with narcissistic individuals to recognize the landscape in which they are living and focus on what can be protected: themselves. Finding clarity in a world of false grandiosity is possible.

Narcissistic individuals are exasperating and toxic, to say the least. But the moment you realize that you are dealing with one, then focus on yourself, and the things that will help you heal. Protecting yourself is the most important thing here, because in a narcissist’s world, only they matter. So, you might as well focus on your wellbeing and mental health and work towards being happy.