A Mid Range Narcissist’s Manipulation Tactic: “But I can change” 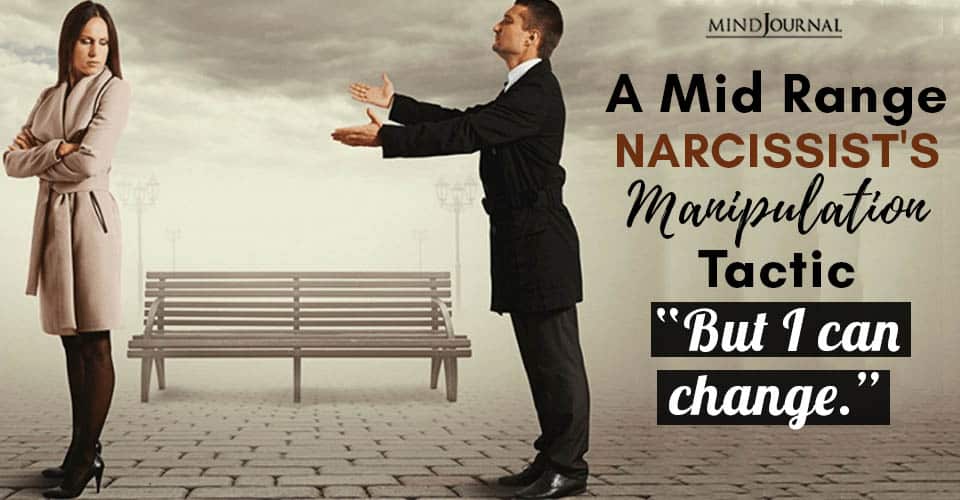 “But I can change.” A phrase so often said by some of our kind. You will, more likely than not, have heard this sentence at some point during your entanglement with us. Usually, it is uttered as part of a Preventative Hoover when the narcissist sees that there is a considerable risk that you are going to depart the Formal Relationship and in so doing threaten the provision of fuel from the chief source.

What is ‘But I can change’ tactic?

It also makes an appearance as part of the Initial Grand Hoover to draw you back in, should you have managed to take those first steps towards escape. You will hear it in Benign Follow-Up Hoovers although following the effluxion of time you are more likely to hear the cousin, namely, “But I have changed.” Occasionally it appears within the devaluation phase, following an unpleasant episode as part of the further manipulation to keep you bound to the narcissist and providing fuel. Accordingly, its use will occur at different parts of the narcissistic dynamic.

To some, the sentence contains the magical words that the empath is waiting to hear. The empath’s inherent desire to fix, to heal and to repair longs for that acknowledgement by the narcissist that they can alter their behaviour, make new and fresh choices, learn from the mistakes and choose a better path. The declaration of a willingness to change is welcomed by certain empaths and they selflessly accept this statement, believing that all people have some good within, that it is a case of recognising this and applying a different approach.

To others, the words are welcomed but with caution. Perhaps the devaluing behaviour has been so deep and savage that the recipient is wary, fearful of their hopes being raised too soon. Their inherent desire to see change, for the good of both people in the relationship wants to agree, to grab this offer with both hands and see to its implementation, but dare they hope that it can be done?

Indeed they can, for in that moment, as the cool, hard logic of caution makes its presence felt, it becomes overrun by the soaring emotional thinking that cries out – “He has realised. He knows he has done wrong. He wants to make amends. He wants to change.” The emotional thinking brings forth those twin sisters of pressure – Hope and Guilt. The empath, chained to the concept of hope, sincerely wishes that the person that they love will change and become a better person. Guilt also weighs in, whispering, “What if it is genuine, what if he can change and you do not give him a chance, what a bad person you will be for doing that?” The emotional thinking will win out.

Rarely will this protestation of being able to change go unheeded. Rarely will the opportunity not be given to the narcissist who states that this can be done. It is only the informed, those who can apply their cool, hard logic and resist the rising tide of emotional thinking who can repel the allure of those enticing words. For everyone else, they are drawn into allowing the narcissist a further opportunity to keep they, the victim, in place.

Related: Hoovering: Ways A Narcissist Reels You Back In

Yet, who is it of our brethren who issues this plea? What is meant by it and can it really happen?

You will rarely hear it from the Lesser Narcissist. He sees no reason to change. He or she does as they want. If he smashed up the house or physically attacked you, well it was your fault that it happened and once the ignited fury has abated, the best you will get is that the reset button is pressed and nothing is said about the previous behaviour.