Are You A Source Of Narcissistic Supply? 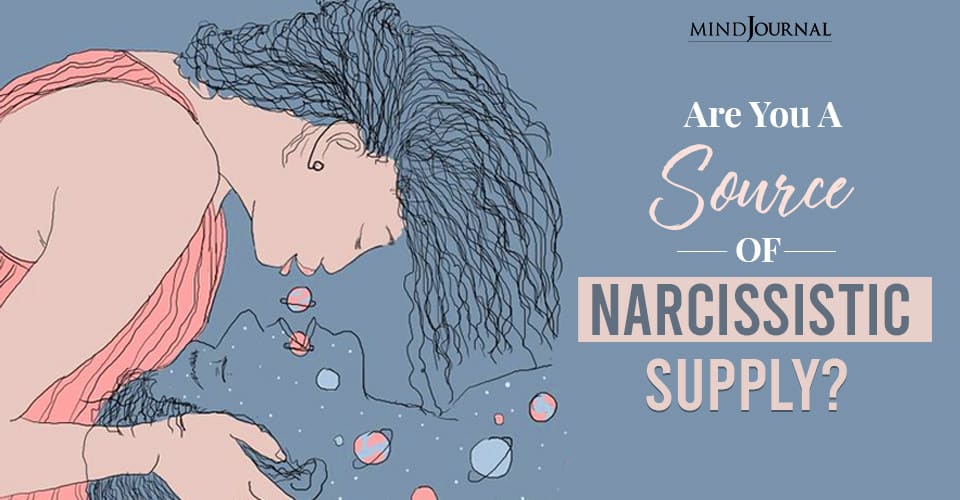 Narcissists are extremely needy people. They need constant attention and approval in the name of narcissistic supple and they apply every manipulative tactic to feed their demands. But the terrible thing being is that your tears and frustration are the food that satiates their hunger.

Narcissists hunger to have their needs met. If you’re in a close relationship with a narcissist, they will expect you to supply them. The term “narcissistic supply” is rooted in psychoanalytic theory that concerns the essential needs of babies and young children to maintain their mental and emotional equilibrium.

Loss of necessary supplies in childhood could lead to depression and later attempts to get them through addiction and other means.

Narcissists’ undeveloped self and deficient inner resources require them to be dependent on other people to affirm their impaired self-esteem and fragile ego. They can only validate themselves as reflected in the eyes of others.

Despite their facade of confidence, boasting, and self-flattery, they crave attention, respect, and constant admiration and actually fear that they’re undesirable.

How Narcissists Get Their Supply

Other people are used as objects to provide their supply. Freud identified two main paths to fulfilling narcissistic supplies: Aggression and ingratiation. Eventually, he called them sadistic and submissive.

To be admired and to get their supply, narcissists employ various strategies, including impression management. They ingratiate themselves using their charm, emotional intelligence, bragging, seduction, and manipulation. Receiving attention and admiration boosts their weak self and lack of self-esteem.

They manipulate and try to control what others think in order to feel better about themselves, making narcissists codependent on recognition from others. If you refuse to provide what they want and need, they resort to their secondary means: Aggression with narcissistic abuse.

Read: Narcissists And Selective Memory: A Manipulation Tactic To Gaslight You

They go on the offensive, attack, and belittle you. By discounting you, in their eyes, their self-image is elevated. In relationships, they can become sadistic. As their abuse escalates, their partners and coworkers become passive and submissive to avoid coming under attack and to maintain the relationship.

By assuming a submissive role, you establish an unhealthy dynamic in relationships with a narcissist.

Because their sense of self is determined by what others think of them, narcissists use relationships for self-enhancement. Everyone must feed them. In addition, they seek validation and attention in their public and professional life.

Other people are used as objects in order to provide their supply. For example, they may need constant compliments or applause, more status, and money, or may check their appearance in the mirror several times a day.