7 Signs of A Female Narcissist 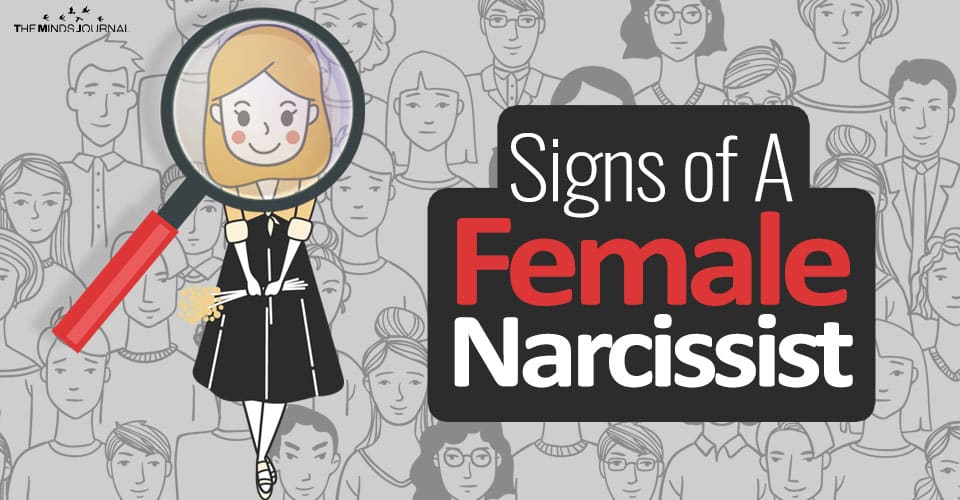 7 Signs of A Female Narcissist

Can women be narcissists?

Narcissism refers to thinking very highly of oneself. Narcissists are selfish and have almost no regard for others.

Narcissistic personality disorder is a mental disorder where you constantly seek attention. You don’t care about others and believe you’re special and superior, even if you’re not.

Who is a female narcissist?

Narcissistic women can be self-absorbed, vain, lack empathy and possess a bloated sense of entitlement.

They often have a vicious thirst for interpersonal exploitation and can bully their friends, family members, and romantic partners.

Although they can pretend to be caring and sweet, they are actually very cruel, vindictive, ruthless and even abusive.

It is really easy to fall into their toxic web, whether you’re a man or a woman.

This video will help you identify the signs of a female narcissist to help you spot them easily.

Signs of A Female Narcissist

Here are 7 signs of a female narcissist that will help you to spot them.

1. They’re highly concerned about their looks

Physical appearance is very important to the narcissistic woman. From body size to outfits, from fitness to makeup, it is mandatory for them to look good, if not better than others, at all times.

Having an inflated sense of self, the female narcissist has a strong need to be right all the time. Denial or rejection is considered a direct attack on their self-esteem.

3. They can flirt with anyone

A narcissistic woman will flirt even with people they don’t like just to get attention. They will use their sexuality & charm as a weapon to get what they want, even if they aren’t interested in you.

4. They find it hard to apologize

As they believe they’re better than others, female narcissists have a problem with accepting their faults and apologizing. They will shift the blame on others and avoid taking responsibility for their mistakes.

5. They lack of empathy for others

Being self-centered, the female narcissist struggles with the opinions of others. They’re aggressive and inflexible people who are incapable of showing empathy to others. They can easily sideline the people around them.

Due to their fragile egos, narcissistic women do not believe in negotiations. However, they’re master manipulators. They can manipulate unsuspecting folks easily to have things their way.

The female narcissist has an alpha attitude that makes them very competitive and envious. They may act nice to people who pose a threat, but they will deceive and manipulate their way to superiority over others, even when there’s no need.

These 7 signs will help you identify a female narcissist.

However, it is not always easy to spot them as they’re good at hiding their true intentions.

Have you encountered a female narcissist?

Are you dating a female narcissist?