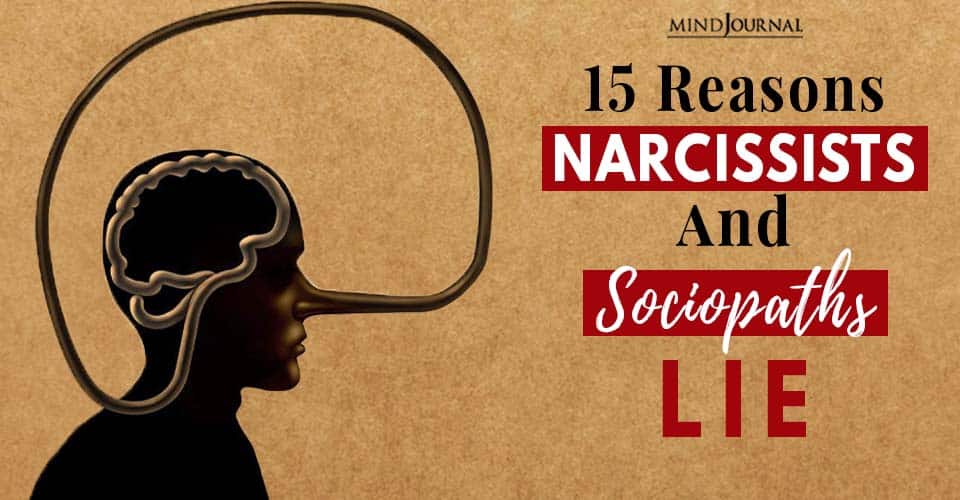 Narcissism needs to be redefined. Its premise is a virtual attack on truth. Telling lies to con and exploit others with no remorse forms the basis for the criminal mind, or antisocial personality disorder (APD), also known as sociopathology or psychopathology. The post explains why narcissists and sociopaths lie.

Because of the overlap in key traits, sociopathology can be regarded as a more severe form of narcissistic personality disorder (NPD); however, there is a lot of overlap. Both lack empathy or regard for the feelings or rights of others regard others — the woman in their life, or women as the group, perhaps other groups deemed inferior and weak — with scorn, take pleasure in hurting or making others feel uncomfortable.

The main difference lies in the severity of the symptoms, which isn’t always clear because of the extent both APDs and NPDs willfully lie.

What also makes these two disorders distinct in the DSM is that, unlike most other mental disorders listed, APDs and NPDs willfully seek to cause harm to others (to prove superiority and dominance), and do so in varying degrees, ranging from emotional and mental trauma on one end, to sexual and physical assault, and in more extreme cases, a threat to others’ lives on the other.

For this reason, the terms “narcissism” and “narcissist” in this post refer to those that meet the criteria for APD and, or NPD.

As human beings, it is only natural to be in disbelief that anyone would lie just to lie! Yet narcissists do. “When someone shows you who they are,” Maya Angelou noted, “believe them the first time.”

Practitioners and clients alike must seek to better identify and understand what narcissists mean by the things they say and do!

Because narcissists take pride in their ability to lie, gaslight and con others, those they deem “weak and inferior” in particular, it is not reasonable for researchers or practitioners to expect to identify narcissism through standard interview questions or self-completion measures. If instead one looks past the words they speak or gestures designed to impress or put up smokescreens, narcissists most always self-identify, for example, in couples and family counselling, exhibiting a set of distinct behaviours.

As in the dystopian world of George Orwell’s 1984, the narcissist regards the truth as his biggest enemy, and takes pride in honing con artistry skills to ensure “the lie replaces the truth.”

To take this seriously, it’s important to note the power of beliefs, in activating the neurochemistry of the human brain, to literally shape, start and stop behaviours. The cells of the body are designed to “listen” to our stream of thoughts 24/7. A narcissist targets the thoughts of another for takeover. Narcissists believe they are entitled to use whatever means necessary to maintain status-quo power over another. In their worldview, those in status positions are entitled to lie.

Read 10 Things A Narcissist Believes All Empaths Owe Them

The good news is that no one can make you feel less than the amazing human being you are without your permission. Arm yourself with this and other truths.

The narcissist holds beliefs that disdain the core tenets of what it means to be human in human relationships, and thus lying is an imperative, critical to propping up their fragile wounded-egos, and house of cards illusions and false-self image as “truth.”

Where do these life-limiting beliefs come from? For the most part, they are widely spread by the values that a society’s major institutions promote in the socialization of children, the family of origin experiences in particular.