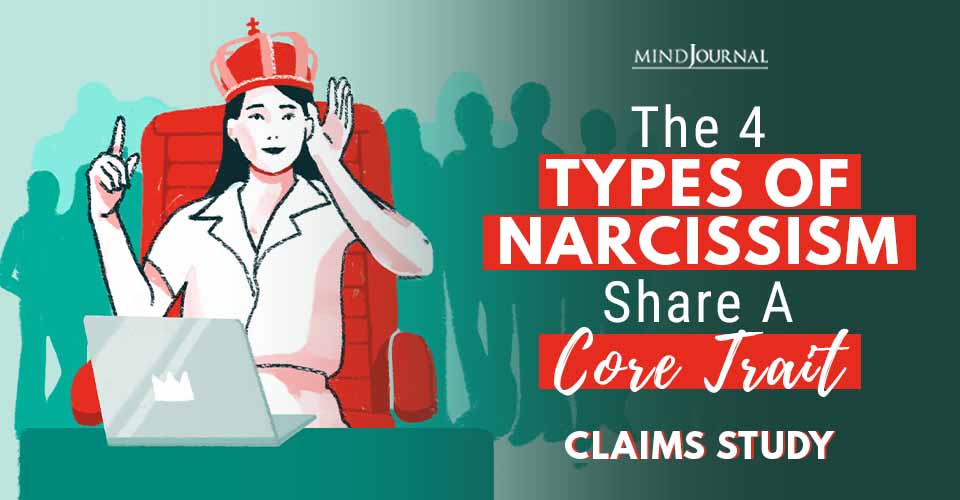 Narcissism is many-faceted and comes in several types. Narcissists will use a variety of tactics and defenses to keep you insecure and ensure their status and their needs are met. It’s easy to be confused, but it’s important to understand and spot which type of narcissist you’re dealing with.

Although there are different types and degrees of narcissism, for years research mainly focused on the familiar—exhibitionistic narcissists who seek the limelight. These are the boastful grandiose narcissists who are public figures and are recognizable in films. They’re described in the Diagnostic Statistical Manual of Mental Disorders (DSM) as narcissistic personality disorder (NPD).

We can all spot those charming, attention-seeking extraverts whose vanity and boldness are at times obnoxious and shameless. They’re self-absorbed, entitled, callous, exploitative, authoritarian, and aggressive. Some are physically abusive. These unempathetic, arrogant narcissists think highly of themselves but spare no disdain for others. Helped by their extraversion, they report high self-esteem and satisfaction with their lives, despite the pain they cause others. Because they outwardly seek acclaim, attention, and domination, grandiose narcissism is externalized. Even in love, they seek power by game-playing. Many do maintain relationships, notwithstanding the lack of intimacy and the unhappiness of their partners, who are easily seduced by their charisma and boldness.

Lesser known are vulnerable narcissists (also referred to as closet, introverted, or covert narcissists). Like their grandiose kin, they’re self-absorbed, entitled, exploitative, unempathetic, manipulative, and aggressive, but they fear criticism so much that they shy away from attention. Individuals of both types of narcissism often lack autonomy, have imposter syndrome, a weak sense of self, are self-alienated, and an inability to master their environment. However, vulnerable narcissists experience these things to a markedly greater extent.

In contrast to grandiose narcissists, rather than feeling confident and self-satisfied, vulnerable narcissists are insecure and unhappy with their lives. They experience more distress, anxiety, guilt, depression, hypersensitivity, and shame. They’re conflicted, holding both inflated and negative irrational views of themselves—the latter which they project onto other people, their lives, and the future. Their negative emotionality depicts a bitter neurotic averse to personal growth. They require reinforcement for their grandiose self-image and are highly defensive when perceived criticism triggers their negative opinion of themselves.

Related: The Covert Narcissist: Angel On The Outside, Devil On The Inside

Unlike extraverted narcissists, they lack positive relationships. Instead of boldly dominating people, they’re threat-oriented and distrustful. Their attachment style is more avoidant and anxious. They withdraw from others with hostile blame and resentment, internalizing their narcissism. Empathetic codependents feel sympathetic and want to rescue them from their misery, but end up self-sacrificing and feeling responsible for them.

Malignant narcissists are considered to be at the extreme end of the continuum of narcissism due to their cruelty and aggressiveness. They’re paranoid, immoral, and sadistic. They find pleasure in creating chaos and taking people down. These narcissists aren’t necessarily grandiose, extroverted, or neurotic, but are closely related to psychopathy, the dark triad, and anti-social personality disorder. (Houlcroft, et al. (2012)