How To Spot A Liar? 7 Signs Someone Is Lying To You 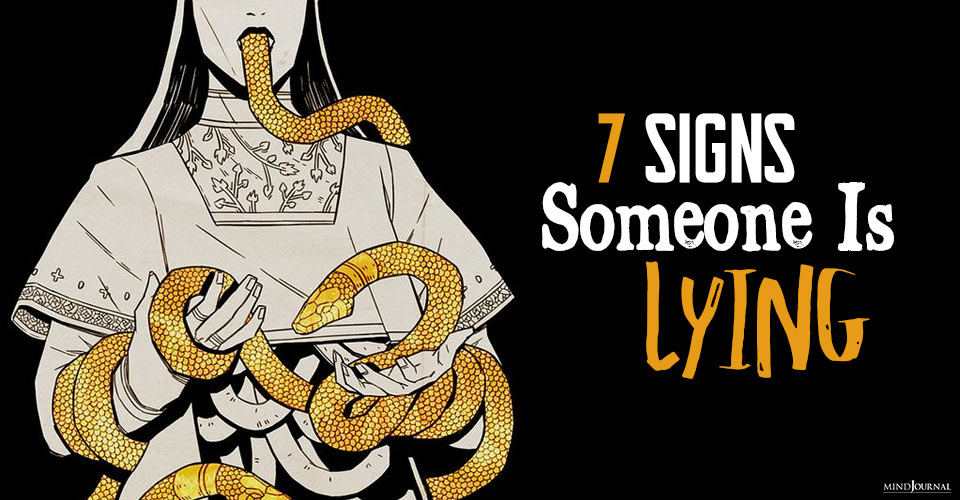 Lying or hiding something is definitely a red flag but sometimes we tend to be unaware that we’re dealing with a liar. So how to spot a liar? Here are seven obvious signs someone is lying to you.

Life is easier when everyone is honest about their intentions and feelings, but people aren’t always upfront. People lie for all kinds of reasons, sometimes because they think it’s in the listener’s best interest.

That isn’t their call to make and you should always pay attention to the details and take information with a pinch of salt.

Most habitual liars aren’t really even lying to you, they are trying to convince themselves of some imagined reality. The reasons aren’t that important, being able to recognize when someone is feeding you a lie is more important.

7 Obvious Signs Someone Is Lying To You

1. They Are Always Nervous

They are afraid that someone will call them out on their bullshit. This fear leaves them in a continually anxious state. They could also be nervous because they are always fear the imagined opinions of others. They lie to combat this fear, trying to raise other’s opinions of them.

Related: Top 9 Important Things You Should Know About Liars

2. Their Stories Don’t Quite Add Up

The recollections of a liar are very inconsistent. They are focused on certain aspects of their story, so they neglect the basic tenets of common sense.

3. They Change Their Story Often

As they created a fictional series of events for a specific purpose, as their needs change they need to adapt a new version of their story. Ask questions and pay attention to the details and sequence of events to reveal its validity.

4. They Ramble On and On

They are naturally nervous and trying to distract people from looking too closely at their lies. Also, the silence that naturally occurs is filled with the presumed harsh judgments of others.

5. They Quickly Change The Subject

Once a liar has spun a shaky story about a particular subject, they will try to change the focus, to avoid detection. They will change the subject often to keep the upper ground in their hands. They avoid subjects they don’t know well and try to keep the conversation in their control.

6. Quick To Go On The Defensive

They are always feeling guilty or at least aware of how much they are lying. As a result their defenses are always up or ready to go up in a flash in case people catch on.

It’s harder to lie to someone when you look them in the eye as you talk. Shifty eyes are usually body language signs of lying or some sort of dishonesty. You should also look out for fidgety behaviors, especially when the conversation leads to certain topics.

What other signs do you know that you’re dealing with a liar? Let me know in comments.

Related video on a pathological liar: