Nice Guys Finish Last because they are Manipulative Liars 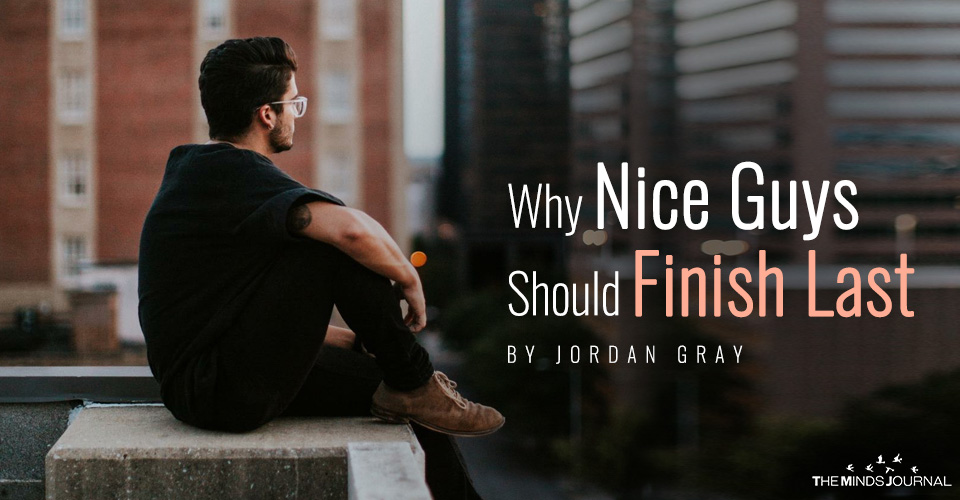 Most so-called ‘nice guys’ are manipulative douchebags that act nice to get what they want. They are smart manipulative people who never reveal their true intentions.

The term “nice guy” has been thrown around in popular culture a lot lately. A quote-unquote “nice guy” is actually a first-class manipulator.

(I was going to link to an Urban Dictionary definition of a nice guy here, but I found out that they have over TEN pages of definitions submitted by active/recovering nice guys and it was all a bit too depressing.)

People respond positively to others that have a strong sense of identity, solid morals, and strong personal boundaries (all things in which “nice guys” are lacking).

The fact that terms like “nice guy” and “friend zone” are still being thrown around at all these days speaks to an underlying culture of female-biased sexism, but that’s a topic for another article.

One of the nice guys’ favorite fall back arguments is that “Women say that they want a nice guy, but what they actually want is a jerk.”

Oh, my friend, if only it were that simple. Kidding! It’s even simpler than that.

Women don’t like being lied to. They’re also generally a lot more socially intelligent than men. Even if you think you’re being extra sneaky, your intentions have been noted by females before you’ve even fully formed your first thought.

Read 5 Hidden Signs, Your Good Guy Is Actually Manipulating You

So reading through the three descriptions, doesn’t it become clear that the nice guy option is a dead last?

If you are a man reading this article, imagine all of those descriptions again but instead describing women.

Unless you’ve got some intimacy issues, narcissism, or low self-esteem a-brewin’ within the chaos of your mind, you would most likely be attracted to #3, followed by #2, and then by #1 in a distant last place. And guess what? That’s what women respond to too. Hooray, we’re all humans and there are no distinguishable differences in our attraction process when it comes to not enjoying being lied to!

Bottom line, you are either attracted to someone or you are not. If you find yourself having a really tough time getting into a relationship, then it’s probably something you should get looked at. Whether it’s an unconscious pattern of driving people away, fearing vulnerability, or just not having your life sorted out, there are many steps you can take to become more attractive as a partner to your gender of choice.

Onto the good stuff…

If your inner child (nice guy) still rears its ugly head on occasion (everyone’s does in certain situations), here are five things you can do to make sure that you’re not being a manipulator in your intimate relationships.

Blaming her for not wanting to sleep with you (at any stage of the relationship) is manipulative. If she doesn’t like you and you aren’t a couple, have some self-respect and move on.

2. Holding Back From Expressing Your Desires

Doing nice things for her and then getting frustrated when you don’t get what you felt entitled to (affection, intimacy, sex, etc.) is calculated and deceiving. Don’t.

If you want something, have the courage to ask for it. Otherwise, you might not be mature enough to deserve it yet.

3. Being Unable To Hear No

One side of the mature boundary setting is being able to express your desires and have opinions about things. The other side is being able to hear no from others. Being whiny when she says no to you (for affection, intimacy, sex, etc.) is a child-like behaviour.

If you hear no, it means no. Just like jealousy has the opposite effect in a relationship than the partner intends it to have, the same process occurs with trying to convince someone away from their preferences.