5 Hidden Signs Your Good Guy Is Actually Manipulating You 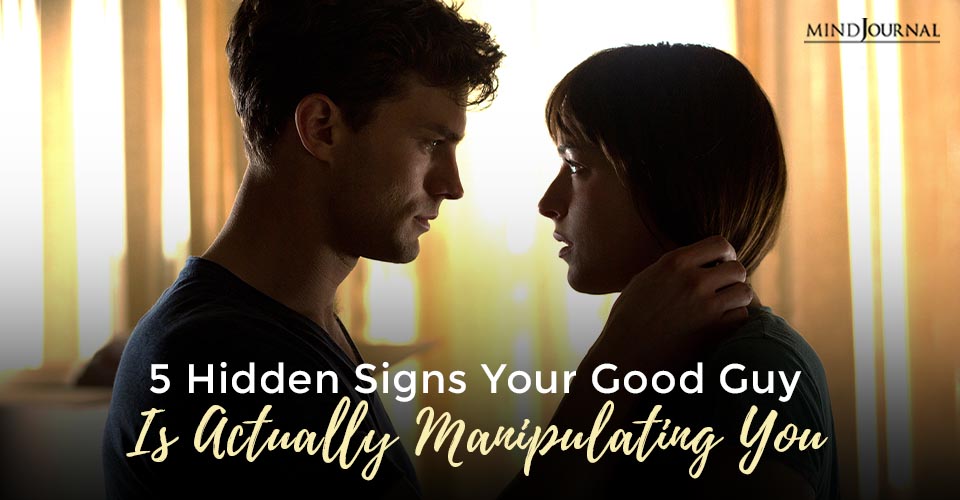 We live in a very complicated world. Some of us are too innocent; while others are hypocrites or manipulative or cruel. The human psyche is very difficult to understand.

People who are innocent and simple are the ones who get betrayed and used by cunning human beings. Their innocence makes them vulnerable and others always try to take advantage of their simplicity.

Such threats not only come from known enemies but also from enemies in the guise of friends. It’s very hard to know how you can get manipulated by these people.

Manipulation comes in various ways and not just by winning hearts through sympathy. It hurts us when we see how we have been cheated on by people we believed in. It gives a blow to our faith in people and it becomes difficult for us to trust others.

The worst scenario is when this comes from the person we love most, our partners. How can you be so sure that the ‘Nice-Guy’ you are dating is actually a nice guy?

Manipulative people would never directly attack you. Rather, they would play with your emotions. Their tendency will be to make you do things which will benefit them. They will try to have you under their control in such a way that you will justify their dominance yourself.

But hold on. That’s not supposed to happen in a relationship. A relationship is based on reciprocation and mutual respect. You get into a relationship because you love your partner; you don’t get committed to making good career or for a better living.

These come eventually. So don’t be fooled by the manipulative ‘Nice-Guy.’ Remove the blindfold of biased love and try to identify these 5 signs.

(1) He makes you feel guilty always.

A manipulator will always make you feel guilty even if it has not been your fault. They will never admit their mistake. They will always play the role of the victim and manipulate your thoughts in such a way that you will feel you are actually responsible for it.

Suppose the two of you had decided a candlelight dinner; you get dressed-up for that and when you ask him, he’s already out for a movie with his friends.

Obviously, he ditched you but he will not accept that. Instead, he will say that it was you who had canceled the dinner because of work and since he had nothing to do, he decided to go out with his friends.

You might have said something to him like you have some project going on or have a deadline to attend and he would manipulate your words as your statement that you have work and you are busy.

If he said something bad in the past, he would deny that too. He will protect himself and let you drown in your ocean of guilt. You should stay away from such people.

Related: 6 Signs You Are Being Used By A Man

A good person will be always honest with his feelings. But you sometimes find your partner ignoring you after getting into a committed relationship with you.

He would not pick up your calls, he would not communicate with you and when you withdraw yourself, he will come around expressing his love for you.