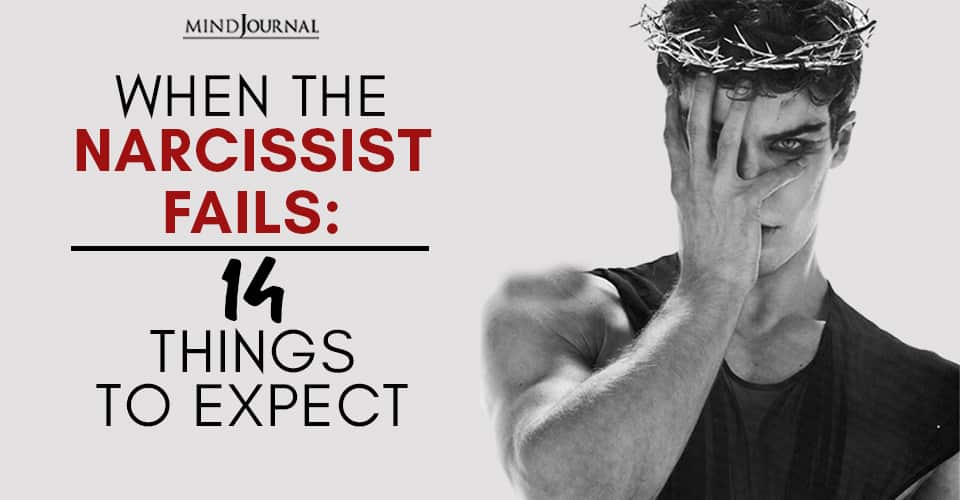 Dealing with a narcissist is tough as it is, but when a narcissist fails, it is worse than a nightmare for the people standing opposite them.

Not without cause, malignant narcissism is one of the most searched for topics on the internet in part because seemingly there are so many people that appear to have those toxic traits that negatively impact us. These individuals are notorious because they destabilize our lives, make us feel insecure, undervalued, disparaged, or inconsequential, and as I noted in my book, Dangerous Personalities (Rodale/Penguin), they can victimize us emotionally, as well as physically, even financially.

They come into our lives as family members, friends, lovers, spouses, colleagues at work, bosses, or worst as national leaders. Once they enter our orbit, no matter how distant, toxicity is what they have in common and they always leave a debris field of human suffering behind them.

By now we recognize how dangerous these individuals are precisely because their pathology drives so much of their sordid behavior, especially toward others. Their common traits such as a hyper-inflated sense of entitlement, grandiose feelings of superiority or uniqueness, delusions of infallibility, incessant disregard for the truth, perennial conniving and scheming to take advantage of others, feeling that rules and laws don’t apply to them, and of course the need to debase others, coupled with callousness, not only wears on us, it can have devastating consequences.

The one area that is rarely talked about when it comes to the malignant narcissist is what happens when they fail? Failure in private, at work, or as leaders for the narcissist can be quite disquieting if not traumatic for the rest of us. As Stuart Yudofsky notes in Fatal Flaws, these individuals are so severely “flawed of character,” that they handle failure much differently than you and I because they are not introspective or capable of reform, and are lacking in empathy for others.

We often see narcissists in glowing terms as successful leaders of the industry, or as heads of state, and yet, more often than not, their malignancy will likely, in time, ensure their own downfall, failure, or even arrest. Be it because they cheat on taxes because they embezzle money, they circumvent rules and laws, they cheat business partners, they devalue and torment their family or domestic partner to the point of divorce, or in the case of cults (thinking of Jim Jones and Charles Manson here) or as national leaders, they can lead their followers or their nation into actions that are destructive.

And so, when calamity strikes or failure of some sort is inevitable, how the narcissist reacts and what we, as potential victims of their actions can expect to see, is what this article is about.

As with many personality disorders, those who are severely flawed of character, but especially the narcissist, when they face public disgrace, when they are outed as criminals or for their misbehavior, or when they fail in a very public way—that is when they become metastable, placing us as family, friends, co-workers, corporations, the public, or a nation in the greatest danger. When things begin to sour for the narcissist here is what we can expect:

Here Are 14 Things That Happen When the Narcissist Fails

2. If evidence is presented, they will seek to have it invalidated or claim that it is false, fake, or a product of vague conspiracies, but most certainly not true.

Related: 8 Things A Narcissist Fears The Most

3. Any evidence presented, and those that present it will be attacked aggressively and vindictively. The better the evidence the more aggressive the attack. Individuals who are doing the right thing by reporting criminal acts, unethical behavior, or failings are to be discredited, humiliated, hounded and bullied—not even their families are to be spared if need be.

The narcissist will engage supporters or enablers to simultaneously attack those who offer proof or evidence, even if it embarrassingly exposes their poodle-like behavior as that of spineless sycophants.