What Is A Toxic Relationship? 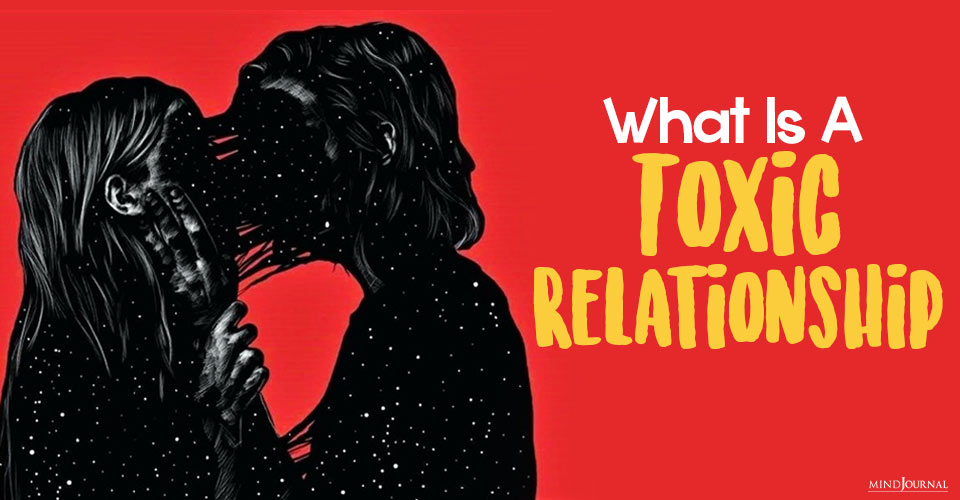 Malice, betrayal, abuse, and such dysfunctionalities turn a relationship toxic. If you are in a relationship that is robbing you of your peace and happiness, you must be struggling to deduce what is a toxic relationship and how to cope with it. Then this article is for you.

Read: The Damaging Effects Of Negativity On Your Health

What Is A Toxic Relationship?

A toxic relationship can exist between romantic partners, between a parent and child, between co-workers, or even between friends. Sometimes the red flags are easy to spot but other times the lies and emotional abuse can be covert and subtle. It, therefore, becomes imperative to identify the signs of a toxic relationship and make necessary adjustments to safeguard one’s emotional health.

What Makes A Relationship Toxic?

People who do not have narcissistic or sociopathic personality disorders can also be toxic. They have the capability to sap the positivity out of a person in several ways such as, by continuously complaining, making rude comments, belittling others, and in general being obnoxious and negative. They have no idea how off-putting their nature can be, and sometimes they lack social skills, like empathy or emotional intelligence.

Read: What Is Narcissism?

Now Let’s Have A Look At The Different Types Of A Toxic Relationship Dynamics: