8 Strategies to Work Through Anger and Resentment 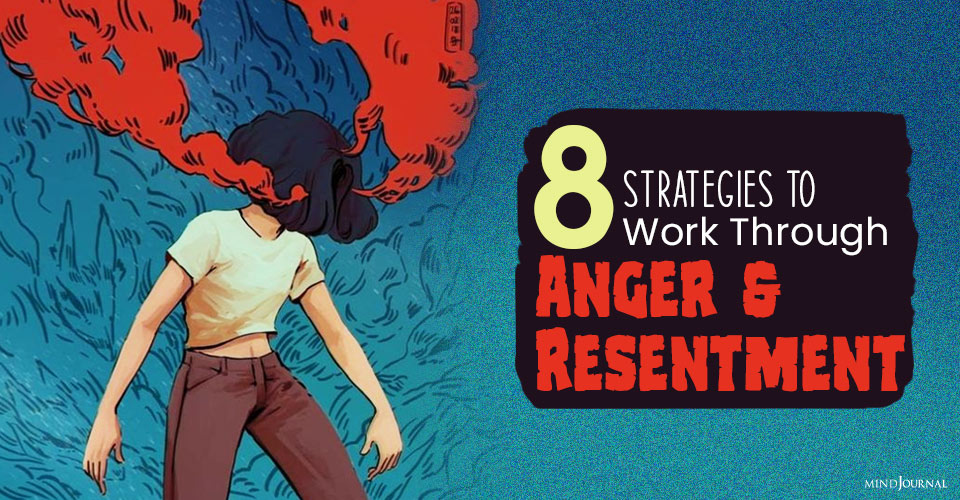 Suffering from anger issues? Anger is an uncontrollable emotion that takes control of us and causes us to do or say things we wouldn’t normally say or do. Here are 8 strategies for dealing with anger and resentment. It will help you in dealing with negative emotions in a heathy manner.

It is baggage that weighs them down and demands considerable attention and energy. This anger related to recent and current events and the resentment it fuels are contributing factors to ever-greater levels of interpersonal conflict and animosity — including among friends and family members.

Anger is a normal, natural emotion. In many situations, it’s a healthy and appropriate emotional reaction. Anger is an emotional response to a real or imagined “wrong” or injustice, but sometimes people get angry simply because things don’t go the way they would like.

Anger takes place in the present, when life isn’t going the way we think it should. In this way, anger has a corrosive effect — it is a “fight” against present-moment reality, a refusal to accept what is. As Mark Twain put it, “Anger is an acid that can do more harm to the vessel in which it is stored than to anything on which it is poured.”

Most often, anger is a secondary emotion. It can take shape instantly and unconsciously in response to something or someone that evokes feelings of hurt, fear, and/or inadequacy. When most people experience these primary emotions, they feel vulnerable, and their energy and attention are focused inward. For many people, this revealing of vulnerability creates so much distress that the underlying emotions are automatically transformed into anger.

Related: The Damaging Effects Of Negativity On Your Health

Resentment is closely related to anger. Resentments are negative feelings, basically ill will, toward someone or something that emanates from the past. Resentment is the re-experiencing of past injustices — real or perceived — and the old feelings of anger connected to them. Resentments form when people get angry toward a person, institution, or situation, and steadfastly hold on to that anger.

Some people hold resentments for many years, refusing to let go of them. Over time, whatever caused the original anger and led to the resentment may be forgotten, while the resentment remains, like a still-smoldering ember left after the flames of a fire die down. The fire no longer rages, but the ember remains hot and at risk of the fire to reignite until it is extinguished.

There is a saying that when you resent somebody, you become his or her slave. The stronger the resentment is, the more time you spend thinking about it, caught up in the anger connected to it. This is a form of mental, emotional, and spiritual bondage. Ultimately, the person holding the resentment is the one who suffers most. Consistent with the 12-step adage, “Holding a resentment is like drinking poison and waiting for the other person to die.”

Although of course there are times when anger and resentment are appropriate and justified, often they built on a foundation of distorted belief that others should or must act the way you want them to.

Dan Mager, MSW is the author of Some Assembly Required: A Balanced Approach to Recovery from Addiction and Chronic Pain and Roots and Wings: Mindful Parenting in Recovery. He received his MSW from the Hunter College of the City University of New York, School of Social Work and is a Certified Diplomate in Clinical Hypnotherapy. He has been a psychotherapist, clinical supervisor, and clinical director, across a wide range of behavioral health and substance abuse treatment settings, including community-based outpatient services, residential treatment centers, and hospital-based programs.View Author posts