How To Identify A Narcissist: 9 Common Traits of Narcissism 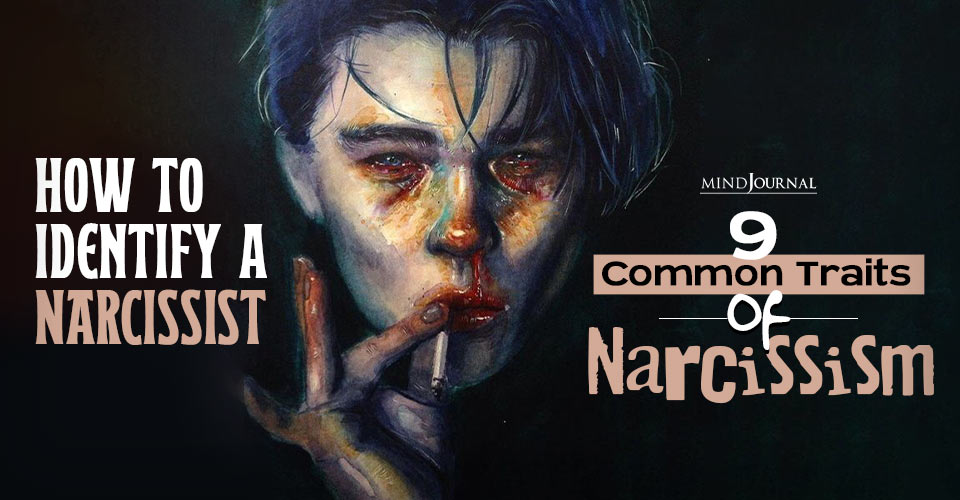 There is an epidemic of narcissistic behavior in many cultures across the world. Currently, ‘Narcissism’ is one of the social media buzzwords. Yet, many people don’t know what are the traits of a narcissist.

A lot of people fail to recognize a narcissist when they first encounter them. And by the time they realize they are already a monumental mess. The fault is not yours and not in your stars!

Fake and false news spread faster than viruses on social media. No wonder why there are some dangerous misconceptions about narcissism, even though it’s a viral topic. There are some people who overuse the term “narcissist” without knowing the basics of it. This psychobabble is the same as people posting “feeling depressed” on Facebook when they are actually “feeling sad”. Also, know that most (if not all) demonstrate some narcissistic tendencies but being a narcissist is a different thing.

Narcissistic personality disorder (NPD) is a mental health condition that is clinically diagnosed. People with this disorder are not just egoistic or self-centered, there is more to this personality disorder. Narcissists are champions at hiding their true selves and use complex lies and manipulative tactics to subdue you.

The effects of narcissism are not obvious to many people. People with NPD have a monstrous and vindictive nature! It is really worth knowing the traits of a narcissist so that you can avoid dating or dealing with them at a personal or professional level. Only by building awareness about the traits of narcissism, can you prevent the damage caused by narcissists and stop the perpetuating trauma. In the long run, this will strengthen all levels of society.

1. Projection as a defense mechanism

Out of the 9 traits of narcissism, projection is the most popular one. This is a psychological trick narcissists use to manipulate you to do their bidding. Whatever is in their own minds they try to attribute it to others.

For instance, if narcissistic people are criticizing themselves (whether unconsciously or consciously) for something, they may think other people are also criticizing them. Similarly, if they are cheating on their partners, they will accuse their partners of cheating on them. Basically, these projections are the outcome of narcissists’ own weaknesses and vulnerabilities.

Also, they tend to act overly hurt, sensitive, or defensive, when someone says anything about them. This is also because some narcissists have low self-esteem and their self-worth is dependent on what others think of them. The moment they feel psychologically threatened, they tend to engage in the mental process, of projection.

During projection, a narcissist may deny their own insecurities, flaws, and fears and easily blame others for their misfortunes. They hardly consider stepping back to get a new perspective or standing in another person’s shoes.

2. Gaslighting to gain control over others

This psychological weapon is top-rated among the nine traits of narcissism. Gaslighting is a form of emotional abuse aimed to feed on others’ self-doubts on purpose and to gain more power over them. It involves techniques like contradicting, withholding or stonewalling, or diversion.

Whenever you bring up a topic concerning your relationship with your narcissistic partner, they may in turn bring up something you did or said years ago. This is just to make a big fuss and deviate your mind from the actual issue at hand. They may also describe your actions and intentions as some sort of conspiracy against them.

A narcissists’ gaslighting may involve the following –

If you are dealing with a narcissist, then you are highly likely to –