How to Deal With Loneliness (13 Steps For Isolated Souls) 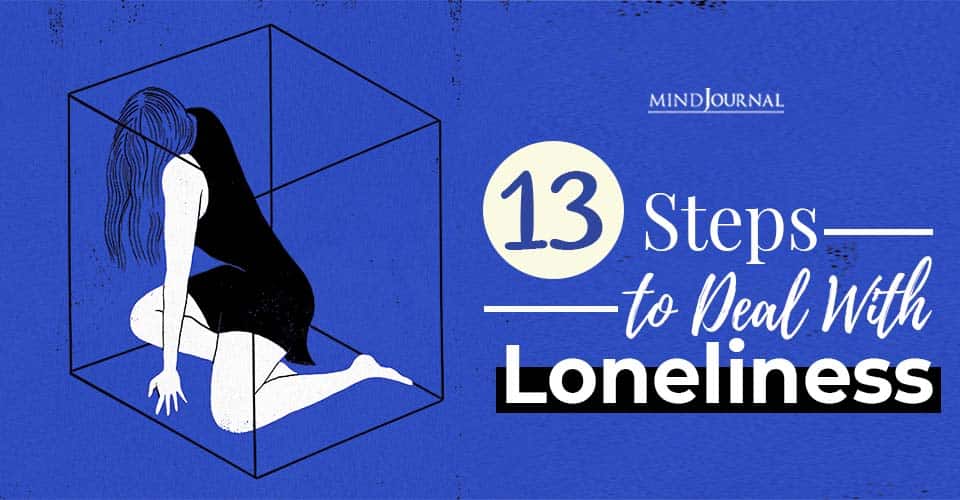 It often gets difficult to Survive loneliness. It grips you like a never-ending ailment, you try to get rid of it but it irks you more and leads you to the dark!

Loneliness can be compared to a thick winter’s fog.

It stifles and strangles you, pulling you under a heavy blanket of depression, pervading all that you see.

Loneliness causes you to filter life through a lens of desolation and deep despair. Your spirit becomes so heavy with the weight of your isolation that you often feel like laying down and dying.

I know. I’ve been there many times.

Whether you feel loneliness in a crowd, in your marriage, in your workplace, friend circle, religion, culture, or simply by yourself, there is hope. Yes, it’s possible to learn how to deal with loneliness, and I’ll show you how (from painful personal experience). But first:

As humans, it’s our tendency to believe that we’re the only one in the world feeling the deep level of isolation we’re experiencing. But what we fail to realize that loneliness is a worldwide epidemic. And no, you’re NOT alone – at least in experiencing it.

Here are some shocking findings from numerous studies/sources which will help you to see how common this issue is:

… and the statistics keep coming and coming – this list is only the tip of the iceberg!

Can you see how widespread loneliness is and that you’re not alone as you think you are?

Read Loneliness In Children: This Is What You Can Do As A Parent

Why Are We Lonely?

While loneliness might be universally felt, the reasons why we feel it are unique for each person.

For example, I’ve felt lonely for many years due to the trauma of being brought up in a fundamentalist Christian religion. (Naturally, being taught that outsiders were “evil” caused me to distance myself from everyone which caused this deep-seated loneliness. Thankfully, I’ve since left religion.)

Other reasons why we can feel lonely often include:

But perhaps the biggest reason why we struggle with loneliness is because we lack a deep connection with our inner self, our soul. This is known as soul loss.

Loneliness is very subjective. For example, someone living alone with no friends might seem lonely to an onlooker, but on the inside, they might be perfectly content and relaxed. On the other hand, a person with a big family and successful career might seem happy to the general public – but inside, they might feel totally and utterly alone.