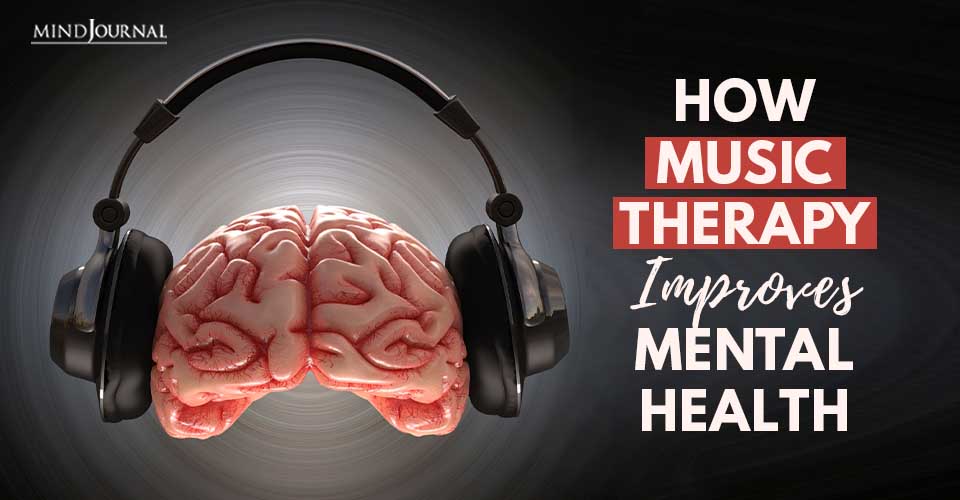 Music has long been a conduit to healing. Learn more about how music therapy can improve anxiety, depression, and more.

“Musick has charms to soothe a savage Breast.”

This oft-misquoted idiom, from the 17th-century play, Mourning Bride, by William Congreve, posits the idea of music as therapy.1 Note the words used in the original verse from 1697—it’s “musick,” not music and “breast” not beast. Because the words were penned so long ago, it’s hard to know for certain—or verify if “breast” was intended as “beast” (surely there were typos back then, too!)—but the meaning seems clear: In times of agitation or sadness, music can be a calming influence.

Music as therapy has shown positive and beneficial effects in managing a host of medical conditions, like high blood pressure, as well as an effective treatment for some mental health conditions. Usually part of a multi-pronged approach to care, music therapists work with doctors, nurses, social workers, and other practitioners to alleviate depression, trauma, schizophrenia, and more.2

While modern music therapy may be a 20th-century “invention,” it is by no means a new concept. Ancient Greek philosophers used music therapeutically, playing tranquil flute melodies to manic patients; while people with depression were treated to the soothing sounds of a dulcimer (an instrument similar to a zither).

Physicians and musicians were housed in holy healing shrines—further cementing the intertwined relationship that music and healing had in Ancient Greece. Early Ancient Egyptian medical papyrus texts describe chant-like incantations for healing the sick. And within Chinese medicine, a tradition with an ancient lineage, music is seen to correspond to the five different organ and meridian systems, which can be used to promote healing.3

If everything old is new again, singing bowl therapy belongs in that fascinating group. Dating back to the 12th century, Tibetan singing bowls are a type of bell that vibrates and produces a rich, resonant, deep tone when played. The sound is said to promote relaxation and powerful healing.

THE DAWN OF MODERN MUSIC THERAPY

While Aristotle and Plato extolled the healing virtues of music, modern music therapy originated during World War II. Many soldiers struggling with physical and emotional trauma (such as post-traumatic stress disorder or PTSD) were institutionalized, unable to function in society. Volunteer musicians of all types, both amateur and professional, began playing for hospitalized veterans.

Noting the positive physical and emotional impact, doctors and nurses started requesting regular visits from musicians. It was thought that hearing familiar songs helped stabilize and calm the soldiers—bringing them back to a more peaceful time before the war. Overtime standards and training programs began to emerge. In 1944, Michigan State University founded the first college music therapy program, a step toward codifying the approach as a therapeutic discipline.5

Related: Music Personality Test: What Your Taste In Music Says About Your Personality

Medical staff in hospitals with war veterans continued to be impressed by the positive emotional, physical, and psychological effects of music. Music seemed to reach the traumatized soldiers and other people in ways that traditional therapies (lobotomies and insulin-induced comas for those with chronic symptoms, among them)6 did not during a time when psychiatric treatment approaches were neither respected or encouraged in the military.