The Dark Side Of Loneliness 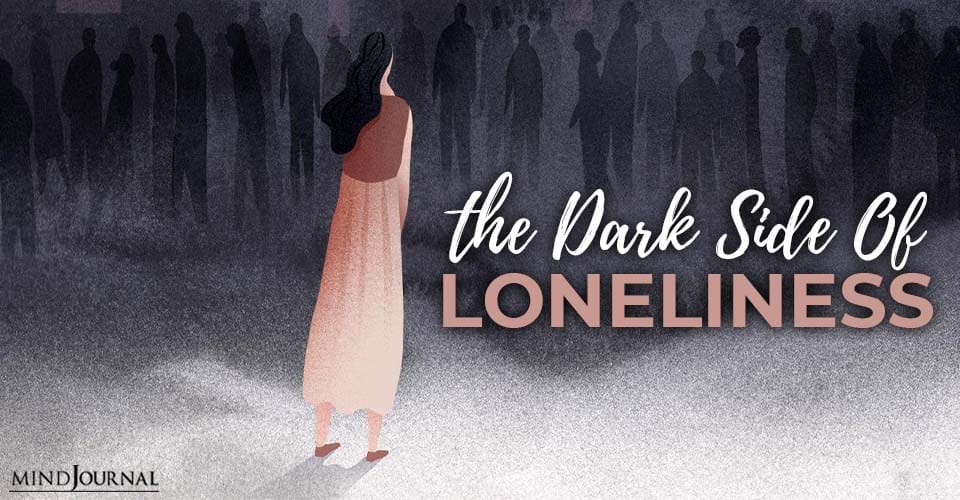 Wanting to be alone at times, and enjoying solitude is a good thing when it comes to self-awareness and self-development. But what about loneliness? Solitude and loneliness are not always the same thing, and sometimes the dark side of loneliness can emerge and take a mental toll on you.

Many people, especially codependents, are haunted by inner loneliness. Twenty percent (60 million) of Americans report that loneliness is the source of their suffering. In fact, our emotional reaction to rejection emanates from the area of our brain (the dorsal anterior cingulated) that also responds to physical pain. (Cacioppo and Patrick, 2008)

Loneliness is associated with living alone, which surveys indicate has steadily risen to 27 percent in 2013 and to 50 percent and higher in parts of Florida, West Virginia, and especially California. However, being alone only describes a physical condition.

We don’t always feel lonely when we’re alone. Individual needs for connection vary. Some people choose to live solo and are happier doing so. They don’t suffer the same sense of abandonment caused by the unwanted loss of a partner through a break-up, divorce, or death. They may also have greater inherited insensitivity to social disconnection, according to recent research.

Although loneliness is greater among people living alone, it can be felt while in a relationship or group. This is because it’s the quality, not the quantity, of social interactions that determines whether we feel connected. As the number of work hours and household television sets has increased, family dinners have declined.

Today, although the quantity of interactions has increased, due to the proliferation of cell phones, screen time is replacing face time. People spend more time on their digital devices than in face-to-face conversations, contributing to more loneliness. (Cacioppo, 2012) A UCLA study shows that social skills are declining as a result.

There’s a 40 percent decline in empathy among college students due to new technology, and 12-year olds are socially behaving like 8-year-olds. (Turkle, 2015) Recently, Pew Research Center found that 82 percent of adults felt that the way they used their phones in social settings hurt the conversation.