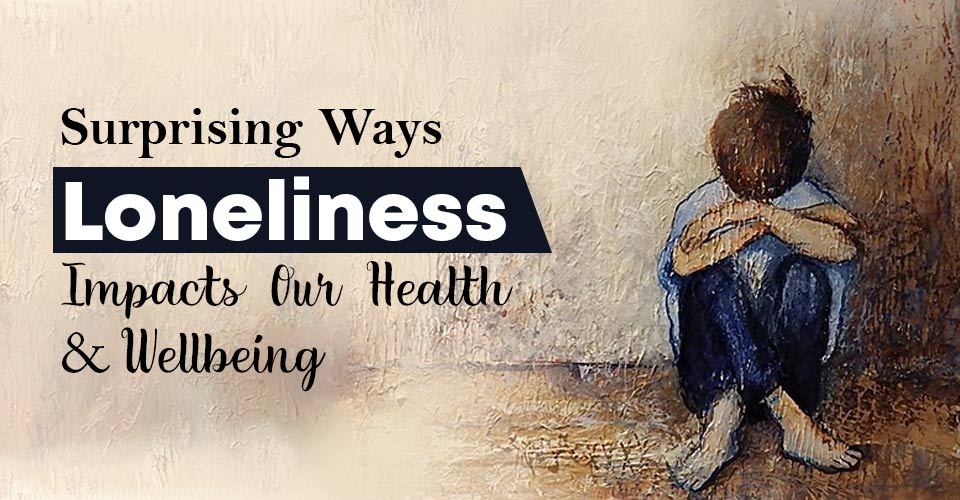 Hence, lonely people are highly prone to bacterial and viral infections as well as vulnerable to attack from within by their own immune system.

In lonely people, a pattern of altered immunology is observed and it appears as a defensive reaction mounted by the body in case you are going to be wounded in the future. It means the human body perceives loneliness as a threat.

If we are feeling lonely and helpless with no one to talk to or seek support, our body starts a defense mechanism assuming a chance of wound or infection. This was a natural survival tactic once upon a time but killing us in this digital world.

This is one of the reasonable biological explanations for why people with loneliness suffer from different other health problems.

Experts consider loneliness as a silent epidemic. Because it turned out to be a larger risk factor for disease than other things like anxiety or depression.

Are you at risk of chronic loneliness?

Related: 10 Sneaky Signs of Loneliness Which Say You’re Lonelier Than You Think

Also, you may be at risk of  long-term feelings of loneliness and isolation if you are dealing with the following:

Loneliness can be contagious

According to a 10-year study, loneliness spreads in social networks. Researchers found that people close to someone having loneliness were 52% more likely to become lonely as well (Cacioppo, Fowler and Christakis 2009).

Is there any cure to loneliness?

From years of research and vast literature available on loneliness, psychologists conclude that the mental and physical health effects of loneliness will decline when feelings of loneliness go away. Evidence from longitudinal and small preliminary studies also gives a hint that a decrease in loneliness decreases the cellular symptoms and impact of cellular changes.

Loneliness may not be diagnosable but you can seek professional help to deal with feelings of loneliness. To address the issue, it is necessary to understand the root cause of the problem. Loneliness may be due to trouble getting to know new people in your new college, or adjusting to a new city, breaking up with your lover, feelings of self-doubt, anxiety, and low self-esteem, which prevents you from building meaningful relationships.

In all cases, you may talk to a therapist to examine various situations in your life and know how to resolve your social pain and deal with mental and physical health issues.

Related: 10 Ways To Survive Loneliness: Lessons I Learned From Being Alone

Cole says that the improvement in health due to loneliness interventions has been found to be modest. Because most treatment options are targeted to give people a sense of purpose in life rather than decreasing loneliness.

He says that the pain of loneliness is an indication that we need to be around people. Just like physical pain helps us stay away from physical dangers, social pain also known as loneliness has evolved to protect the individuals from dangers of remaining isolated and lonely.

Researchers say that the rise of the internet and social media is partially responsible for increased cases of loneliness. So, the number of social interactions cannot combat loneliness.

The antidote to loneliness is good quality relationships. People with strong social relationships are 50% more likely to live longer. But, the quantity of friends or relationships doesn’t matter.

According to a Gallup Study – “Wellbeing: The Five Essential Elements” employees with even a single close friend at the workplace are seven times more likely to be engaged at their jobs than those who didn’t.

Hence, mental health professionals suggest people strive hard to make quality or meaningful connections in personal and professional life. You can ward off loneliness by having just three or four close friends. That’s enough to reduce the negative health consequences associated with feeling lonely and isolated.

Tips to prevent and overcome loneliness

If you are facing loneliness and are unable to overcome social isolation, then here are a few strategies that can help you deal with feelings of loneliness –

Loneliness is literally killing people across the globe. It is a sign that something needs to change. Recognize the signs and understand the terrible physical and mental health consequences of your loneliness.