15 Reasons Why Narcissists Use Mind Games To Exploit You 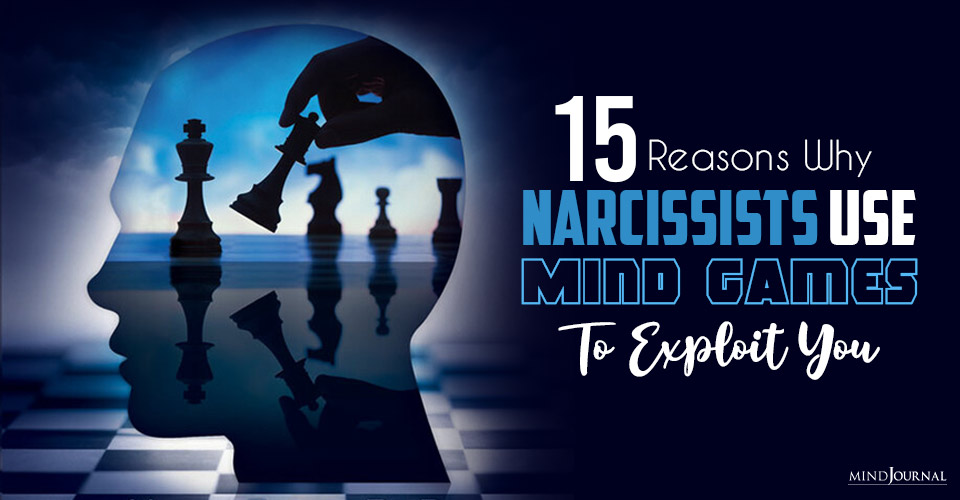 By operating within the vestiges of the spoken, gestures, and actions, we are often able to maintain being vague and amorphous. This allows us to manipulate you to a further degree but also serves an incredibly useful purpose in denying that we have engaged in such behaviors, to begin with, especially with a third party.

If we are challenged by, for example, someone in authority, we can point to the absence of proof or turn it into the word of someone calm and reasonable against some frazzled, ranting Crazy Person.

The impact of emotional and psychological abuse is invariably more difficult for the victim to handle than physical abuse. Whilst physical abuse is understandably unpleasant, the insidious nature of mind games means that the victim cannot grasp what is happening, cannot ascertain if they are being subjected to a mind game (being punched is obvious and unequivocal), and cannot fathom why they are being treated in this manner. You no doubt will have heard victims state,

“I would have preferred to have been physically assaulted than be put through the mental torture.”

For someone to choose physical injury over this underlines just how devastating the impact is.

Alongside plausible deniability is the fact that a bruise is a bruise and therefore raises questions. It is far harder to determine the effect of mind games. Yes, someone may present as exhausted, anxious, hypervigilant, terrified, and so on, but there is always the potential for us to suggest that it is put on and/or is related to something else.

It is harder to do this with physical abuse (although not impossible). Indeed, some people do not allow the effect of the mind games to be seen, preferring to keep it hidden from other parties.

Related: 15 Things Manipulative People Do To Control You

If you suffer a broken arm, you can still function. You can use your other arm, you can walk places, talk, you can hear and see, and so forth. The mind games naturally affect that which controls and governs everything you do.

By wearing down your mind, we are able to grind you down, causing your resistance to weaken and preventing you from functioning in a manner that might aid your escape from us.

The application of mind games through achieving erosion and exhaustion as described above means that in effect you are being “tenderized” for further manipulations to be applied against you with maximum effect.

As a person who has empathic traits and thus the reason why you were targeted by us, you are more susceptible to these kinds of behaviors. Mind games work especially well against you as a consequence of your traits such as honesty, decency, telling the truth, needing to understand, wanting to help, and your emotional responses.

Some of the mind games end up making you try harder to please and do things for us with the additional benefit which naturally arises from this.

This is applicable to the Greater Narcissist only as the Lesser and Mid-Range are not aware of the true extent of the application of mind games. The Greater Narcissist revels in being applied to treat somebody in this manner, distort their world, have them jumping and moving at their say so, causing them to fountain with fuel and have no idea how or why this is being done to them.

The various manipulations and their outcomes mean this appeals to the omnipotence which Greaters believe that they have.