Narcissists and Psychopaths Online: 3 Ways To Handle Cyberbullying and Trolls 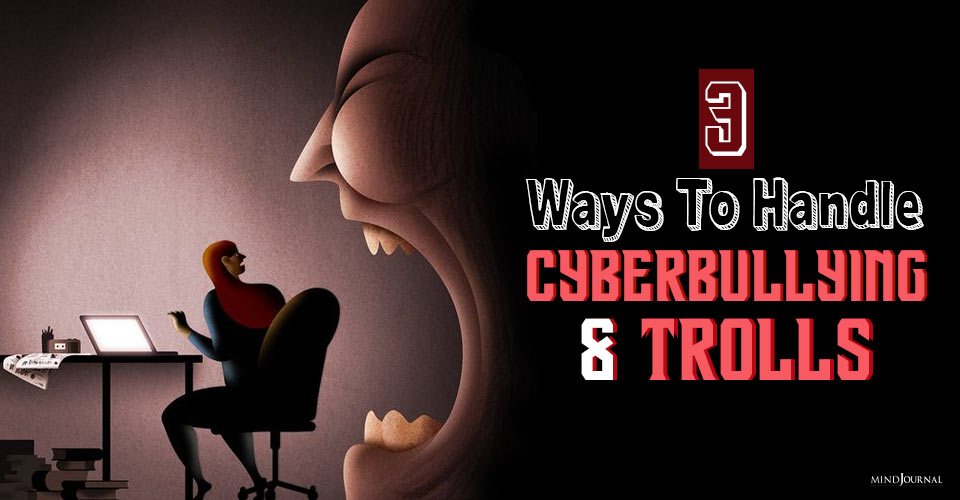 Narcissists and Psychopaths Online: The Narcissism of Cyberbullying and Trolling by Shahida Arabi. These judgemental narcissists often believe they have the right to troll and victim other people by policing other people’s lives, even on social media. Yes, those kinds of people do exist and that’s why it’s necessary for you to know how to handle cyberbullying and trolls online by narcissists and psychopaths.

Cyberspace provides malignant narcissists and those who have antisocial traits with easy access to victims and minimal effort. A recent study showed that online trolls demonstrated high degrees of sadism, psychopathy, and Machiavellianism. Conclusion? In the words of Dr. Golbeck, internet trolls are narcissists, psychopaths, and sadists.

This should come as no surprise to anyone who has encountered trolls or cyberbullies – they are notorious for attempting to provoke people in order to derive sick feelings of satisfaction that they apparently can’t get anywhere else.

Their lack of compassion, tact, and empathy when bullying others online is evident in the way they brandish their ill-informed opinions indiscriminately regardless of context, eagerly hoping to get recognition for their malice.

Cyberbullying and trolling are strategic ways for narcissists who lack adequate narcissistic supply or who are experiencing boredom to get a quick “fix” without being held accountable for their abuse.

In the context of intimate relationships, survivors of narcissistic abuse, an insidious form of psychological and emotional abuse that can cause what psychotherapist Christine Canon de Louisville calls “Narcissistic Victim Syndrome,” may be stalked, harassed, and cyberbullied for years even after the ending of the relationship, especially if they were the ones to discard the narcissist first by exiting the relationship altogether.

When a narcissist suffers from an offense to their false sense of superiority and entitlement, they endure what is known as a narcissistic injury, often followed by narcissistic rage. This rage is a result of  an injury to their ego when something or someone threatens their delusions of grandeur and “false self.”

Read 11 Ways A Narcissists Uses Shame to Control Others

Watch Out How To Manage A Narcissist?

Since survivors often implement No Contact with their abusers, narcissistic abusers feel a loss of power and attempt to regain that power through tactics like provocation, hoovering, and post-breakup triangulation techniques.

On the internet, narcissists and those who have antisocial traits employ similar manipulation tactics in cyberspace to provoke and harm complete strangers.

Bullying in any form, especially anonymous bullying, can lead to devastating results. Research indicates that cyberbullying in schools leads to a higher rate of suicidal ideation and suicide attempts in victims of cyberbullying. There have been a number of suicides that were triggered by the words of anonymous sadists – the suicides of many teenagers, for example, were a direct result of cyberbullying.

Cyberbullying and trolling leave such a terrible psychological impact that there is even a movement against anonymous comments sections on media outlets. Since there is little accountability for cyberbullies and the laws against them in each state may not protect victims entirely from emotional abuse, it often goes unchecked and unpunished.

If cyberbullies are ever reprimanded, it is usually after the fact of a tragic suicide or another form of publicity that draws attention to the consequences of cyberbullying.

Cyberbullying can also be retraumatizing and invalidating for survivors of abuse and trauma. Specifically, in the narcissistic abuse survivor community, narcissists tend to support other narcissists, and both survivors, as well as professionals, may come under attack for speaking their truth about narcissistic abuse.

Trolls who attempt to undermine this important advocacy work are not even doing so with the facts at hand. The predatory nature of these types of individuals has actually been well-documented and researched by experts such as Dr. Robert Hare, Dr. Karyl McBride, Dr. Lundy Bancroft, Dr. Martha Stout, therapist Christine Canon de Louisville, and Dr. George Simon, many of whom have worked with abusers and/or abuse survivors as clients.

The reality of narcissistic abuse has been validated not only by survivors but also numerous mental health professionals in the field. Cyberbullies and trolls who attempt to stifle the truth about narcissistic abuse often do so by trying to silence a truth that could potentially set another survivor free.