The Ego Dynamic Between The Narcissists and Empaths 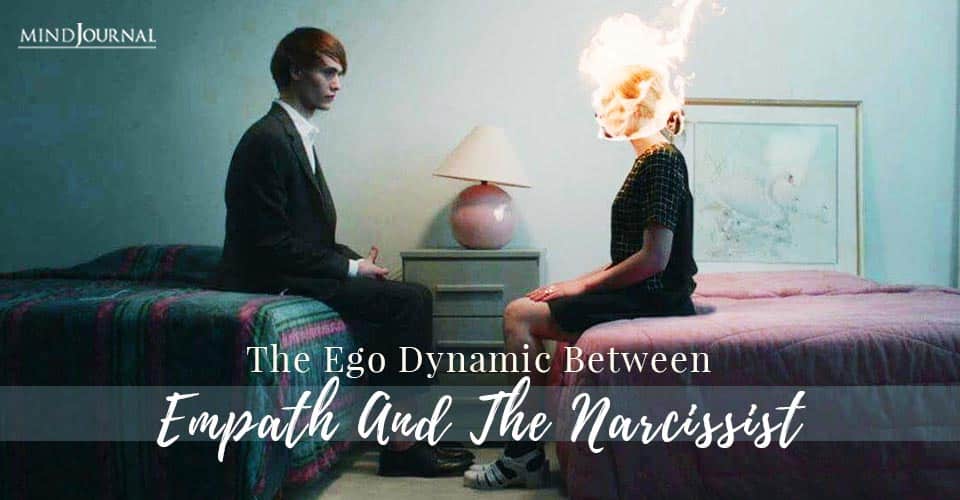 There’s a lot of buzz in the media these days about Narcissists and Empaths/Highly Sensitives attracting to one another. One popular theory is that Narcissists prey on Empaths and Sensitives because of their overly giving nature. While that is primarily true, there is another reason that goes even deeper, and it has to do with ego.

First, let’s consider the definition of egotistical as it relates to Narcissists in general:

Too much ego can lead to serious problems with treating people as means to ends: such people (i.e., Narcissists) feel entitled to do whatever it takes to get what he/she wants. This leads to abuses of ends/means reasoning (using other people to fulfill the ego’s wants).

It’s no surprise that the criteria for Narcissistic Personality Disorder (DSM-IV) states that people with the disorder:

Empaths do possess an ego to some degree but don’t operate solely from ego as Narcissists do. For an Empath, the ego is experienced primarily in judging others and feelings of anger/resentment. These ego-driven emotions are usually incited in the Empath/HSP after witnessing acts of cruelty and hatred, interactions that they consider unfair or one-sided, and similar incidents.

Empaths operate predominately from love, humility, and giving.  They have a natural capacity for healing and teaching others.  However, until they learn how to responsibly use those gifts, they are often taken advantage of…not only by romantic partners but people in general.

Many Empaths don’t realize what they are and go through life feeling used and unfulfilled.  The Empath persona encompasses several personality types and traits and can include:

(**These are the main types, and listed simply as a matter of reference)

Empath’s sole purpose is to facilitate healing in others.  Unfortunately, they usually ignore their own needs in doing so. They have a propensity to feel what’s going on outside of them more so than what’s inside.

In general, an empath is non-violent, non-aggressive, and leans more towards being the peacemaker. Any area filled with disharmony creates distress in an Empath. If they find themselves in the middle of a conflict, they will strive to resolve the situation as quickly as possible, if not avoid it altogether.

Because of these natural tendencies, the unaware Empath often finds themselves staying in a relationship with a toxic personality for too long.  Further, Empaths often have a track record of developing codependent behaviors in childhood to deal with the overwhelm of unfairness in the world and to please others, which they usually carry into their adult relationships…until a soul crisis happens where they are forced into awakening.