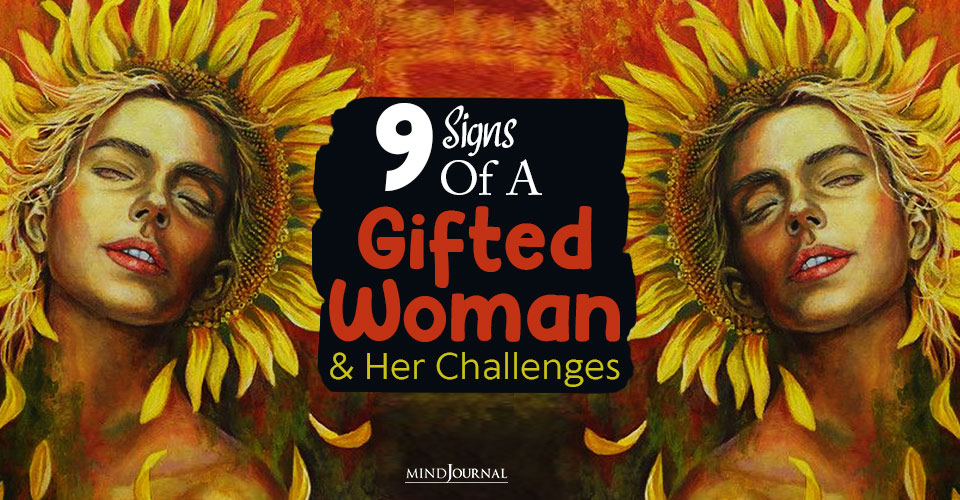 Tara Mohr in her book Playing Big talks about the ‘good girl conditioning’ that is prevalent in our culture and the way girls are brought up: Be nice, be considerate, likable, and never rock the boat. Be modest and solicitous at all costs. Under such conditioning, the withdrawal of others’ praise becomes a threatening idea.

In dating situations,  they may have been criticized, either subtly or overtly, for not behaving in “the way women are supposed to be”. They may subconsciously hold themselves back because they are worried that they will appear undesirable to the opposite sex if they are too competent or successful.

Studies show that gifted women have a stronger need to please others than the average women do. Their fears tend to increase as they approach achievement and success because of the anticipated consequences.

Even when a gifted woman sees that it is irrational to underachieve, she may continue to do so if deep down she believes that success will result in a failure in the realm of relationship and intimacy.

The Fear of Success is exemplified by the sensitive woman’s ability to pick up the most subtle cues in any given social situation. Since she is astute, she can clearly see and feel the social dynamic of competitive situations much earlier than average girls do.

Many gifted women are constantly on the receiving end of toxic envy— both from men and, sadly, most other women. In workplaces, social reactions toward women who stand out are often demeaning and hostile. In order to survive socially, they hide their capabilities in order to not to be seen as a threat to others.

As the gifted director, Ida Lupino did: “Men hate bossy women. Sometimes I pretend to know less than I do.”

Even on a conscious level, the gifted woman disagrees with hiding and shrinking herself, on a subconscious level, the young girl who wished to be picked in the playground, who has a deep yearning to belong, may still be running the show and sabotage her success in life.  The biggest tragedy is that the gifted woman who pretends to be less capable eventually forgets about her true potential and disappears into the crowd.

4. Believing That They Can Only Be One But Not Both

Historically, women are given the role of a nurturer, whose main task is to be the homemaker and to build relationships. According to researcher Gilligan (1982), many women’s sense of integrity is entwined with ‘an ethic of care’, which means they define themselves in a context of human relationships, and judge themselves in terms of their ability to care for others.

Whilst this is a valuable quality, it is distorting to only evaluate a woman’s worth based on a one-dimensional metric.

The ethic of care most affects gifted females who have relationship/ family obligations but also have their own unique dreams and aspirations (Reis, 1998). The research found many gifted women from the age of early twenties to late forties express feeling guilt over doing what they want for themselves.

Unfortunately many cultures still pressure women to choose between work and marriage. Especially in many collectivist and Asian cultures, they are pressured to prioritize ‘relationship life tasks’ such as marriage and are left with little time and energy for their own creative work.

Despite societal changes, they still feel that they have to choose between relationships and their own aspirations— that they weren’t allowed to be both. They can be either competent or nurturing, but she can’t be whole and integrated.

Related: 12 Traits of An Unforgettable Woman

Unique Challenges For The Gifted

The above psychological barriers are compounded with the challenges inherent in the trajectory of simply being gifted and intense. The gifted women face specific complexes and issues on their path:

1. Acknowledging and working with multipotentiality. Multipotentialites are those who have multiple interests, pursuits, and abilities in life. You may not have ‘one true calling’ the way specialists do. You may be equally talented across many diverse subject areas or have multiple career aspirations or achievements. (For more on this concept, I would refer you to the brilliant work of Emilie Wapnick. You can watch her Ted talk here.

2. The angst and restlessness caused by seeing the gap between where you are and where you want to be, between your current predicaments and your vision. This can be painful, but such inner conflict is not pathological, but the impetus for growth and development.