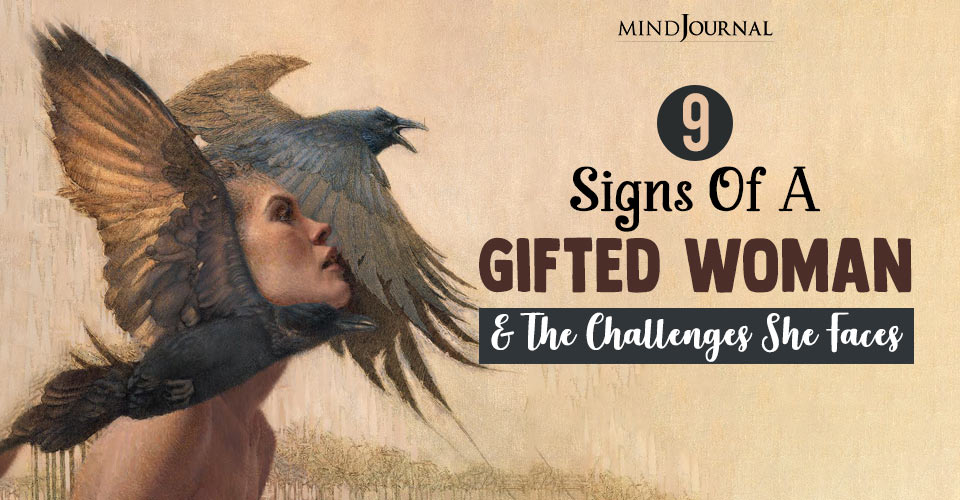 Gifted women sometimes suffer more in society, despite being gifted. It’s like the best thing about them becomes their biggest and worst enemy. Now the question is, does it have to be?

Do you suffer from Imposter Syndrome?

Do you unconsciously push away success?

Are you being held back by conventional values, gender stereotypes, toxic envy, and attacks?

Gifted people have traits that set them apart, and these traits may not be connected to intellectual intelligence, IQ, or the conventional idea of creativity and success. Having these traits mean they feel a deep sense of being different and isolated from a young age, and many have been misunderstood and pathologized. This is particularly true for gifted women, as many of them do not fit into society’s stereotypes and expectations.

(If you still cringe at the notion of the word ‘gifted’, it may be worth revisiting what I mean by that, and the ways your gifts may be manifesting themselves)

Related: 9 Signs You Are Dealing With An Unapologetically Powerful, Untouchable Woman

What Happened To The Gifted Girls?

Insecurities in talented females can be found at all age levels (Reis 1998). Numerous studies have found that as girls get older, their self-esteem drops:

And in the workplace:

• As compared to their male counterpart, gifted women express more doubt about their abilities, compare and criticize themselves more.

External Barriers For The Gifted Women

Barriers to gifted women achieving their full potential are both external and internal— societal and psychological. Societal factors include conscious and unconscious discrimination, sexism, lack of structural support and resources. Though the picture has changed tremendously in the last two decades, many of these factors still linger.

According to the World Economic Forum’s Global Gender Gap Report in 2016, the global gender gap across health, education, economic opportunity, and politics has closed only by 4 percent in the past ten years. Women around the world on average are earning just over half of what men earn despite working longer hours.

Only four countries in the world have equal numbers of male and female legislators, senior officials, and managers, despite the fact that 95 countries now have as many – if not more – women educated at the university level.