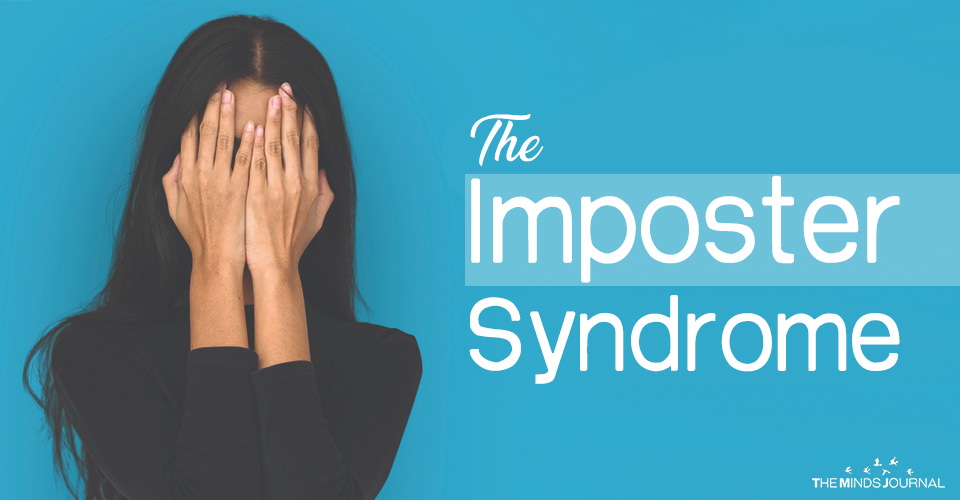 Are you trapped in the illusion of imposter syndrome?

Do you stay later at the office than the rest of your team, even past the point of completing your daily necessary errands?

Do you often feel that you are not really entitled the success you had?

Depending on your personality, background and circumstances you might have different thoughts related to you successes and achievements; some to the point where you wait for your friends and family members to “find out” that you are a fraud.

This psychological phenomenon, known as imposter syndrome (also known as impostor phenomenon, impostorism, fraud syndrome, or the impostor experience), reflects a belief that you’re an inadequate and incompetent failure despite evidence that indicates you’re skilled and quite successful. (1)

An individual with imposter syndrome doubts his or her accomplishments and has a persistent internalized fear of being exposed as a “fraud”.

“When I do something well and have success, I feel like it’s a fluke.”

“I believe my success is sheer out of luck.”

“I walk around feeling like a fraud. I don’t trust that I’m honestly capable of doing the things that I do.”

“I have this nagging sense that I’m going to be found out, like I’m a fake.”

It is not an actual mental disorder. The term was coined by clinical psychologists Pauline Clance and Suzanne Imes in 1978 when they found that despite having adequate external evidence of accomplishments, people with imposter syndrome remained convinced that they don’t deserve the success they have. (2)

Early research from the psychologists’ work focused on high-achieving women, the syndrome has actually been found to impact men and women in roughly equal numbers.

A fluke, a Fraud and Imposter Syndrome

Some of us have surely had this insidious and demoralizing way of walking through the world, but few people know how it forms and what to do about it. Moving through life feeling like people are going to find out that one is a fraud sure creates a hot mess in the mind. It is like living the life of a con man, running away from nothing.

It creates such chronic anxiety and doubt in oneself, that it is important to unravel the mystery around the phenomenon.

These are the common personality traits of those who suffer from the imposter syndrome:

These people are not accepting of the positive attributes and abilities they possess and hence dismiss others’ belief that they are competent, genius, talented, better and more intelligent than they actually are. This is not because they are trying to be humble with others regarding their qualities but they firmly believe that they are not up to the mark. They undervalue their abilities and this ultimately leads to lack of self-trust.

The false sense of self these people carry with themselves, constantly drag them down the rabbit hole of anxiety, intrusive thoughts, and self-doubt.

Sadly, a person is not born with deep self-doubt and self-hatred. During the developmental phase, when a child forms his/her idea about his own self, about the world and about how the world sees him/her, this self-doubt is introduced.

The self-doubt introduced during the formative years is dependent on the relationship the child shared with the primary care givers. In a lot of instances, the parents of these people takes an extremely critical, highly demanding and autocratic approach to parenting. The message, these people absorbed from a very young age was this: Your self-worth is dependent on how perfectly you achieve, unless and until you achieve according to other’s demands, you are not valued.

And if you succeed in the external world, you will be happy. This message may not have even come directly from parents compared to how much it comes from the community at large. The message is everywhere, and if you were a highly sensitive person who aimed to please, you would have absorbed it from a variety of sources.

Inherent to this message is a complete abdication of your core sense of self, which then creates a sense of unreality. If you don’t know who you are, you won’t be able to value your achievements as being genuine expressions from your true gifts and intelligence.

Years of forming the core self-belief that is delimiting to you, has always convinced you that unless you keep up to the demands of the society and achieve beyond your limit, you are nothing. It suddenly becomes difficult for you to accept the success you are entitled too. Self-doubt creates an unreal world of insecurities, lack of self-confidence and absence of trust on one’s actual potentials and talents and hence the feelings of being a fraud after any accomplishments.

The mind resists a new way of thinking because it’s unfamiliar. But once you’re able to metabolize this new way of viewing yourself and life, everything starts to shift.

Let me say it succinctly: True worthiness has nothing to do with anything externals.

When you learn to claim who you truly are, you will be able to embrace your achievements as natural extensions of the gifts and skills that emerge from the self that lives at the centre of you.

The key is to learn to connect with your immutable qualities, the parts of you that are intrinsic to your wiring, your being and your soul and will never change. Our culture teaches us to focus on success as a measure to our life’s value. Your every achievement will be applauded and your failure will be deeply condemned. What rather one must focus on is humane qualities like selflessness, empathy, compassion and kindness in oneself. Looking into ourselves helps us embrace our inner strengths and looking outside ourselves only limits us.

It requires courage to reverse the habit of externalizing our sense of self and placing our authority in the hands of others.

All you need to do is retrieve your self-trust. When you learn how to know yourself and love yourself, you will know how to be the captain of the ship of your life, and your will embrace your successes for what they are: expressions of immutable gifts from your true self.