The Difference Between Traditional and Hidden Narcissism 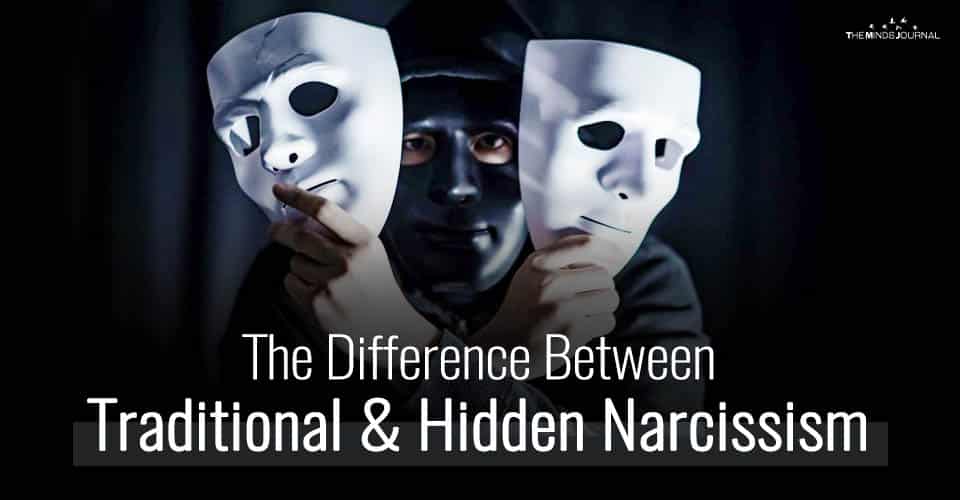 Traditional Narcissist or The Exhibitionist Narcissist:

Related – 12 Signs You Are Married To A Narcissist

This subtype of NPD might be called “Hidden Narcissists” because they are much less obvious about how they get their narcissistic supplies. Sometime during childhood, they were actively discouraged from showing off or devalued whenever they were noticed. Their desire to be seen as special went underground. Closet Narcissists typically are:

1. Afraid of the spotlight.

3. Afraid that being the center of attention will lead to having all their inadequacies exposed.

4. Filled with envy for what other people have that they do not have—including self-confidence.

5. Manipulative and indirect about getting what they want from other people.

8. Likely to gossip about you behind your back.

9. Not to be trusted with secrets. If it suits their needs, they will tell everyone everything they swore to you to keep mum about.

10. Likely to give you the cold shoulder and cut you out of their life when they are angry with you.

11. Getting their narcissistic supplies from being close to people or organizations that they admire.

12. Prone to giving overly lavish gifts or doing lots of unasked for favors in the expectation of putting the other person in their debt. Then they feel victimized when the other person does not do similar things for them.

13. Are filled with contentment when they get a compliment from someone that they idealize as special.

Related: – How A Narcissist Plays You And How Their Cycle Of Abuse Works

Not all people with Narcissistic Personality Disorder look like Hollywood’s idea of an arrogant and domineering Narcissist. Some initially appear meek and mild or present themselves as a victim.

So, did you spot a Hidden Narcissism in your life? Leave a comment below