13 Signs He Is Still Not Over His Ex 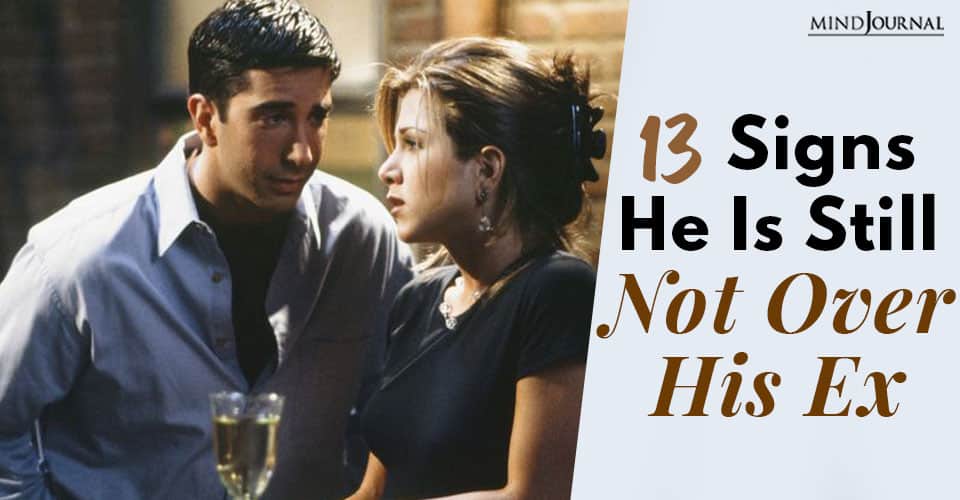 When you are in a relationship with someone and you feel like you are giving your all in the relationship, you would naturally expect your partner to do the same. If he is not, and your relationship is stuck in the same place forever, it could be because your partner is not over his ex yet and needs to sort out his feelings before he can move forward in another relationship.

“Love is not simply giving; it is judicious giving and judicious withholding as well. It is judicious praising and judicious criticizing. It is judicious arguing, struggling, confronting, urging, pushing, and pulling in addition to comforting. It is leadership. The word “judicious” means requiring judgment, and judgment requires more than instinct; it requires thoughtful and often painful decision making.” ― M. Scott Peck, the Road Less Traveled: A New Psychology of Love, Traditional Values and Spiritual Growth

Love is the most sought-after human emotion but love is more than instinctual. It is important to use our intellect and judgment as well along with our hearts so that we can make the right decisions. Otherwise, we can become so blinded in love that we can stay stuck in a dead-end and one-sided relationships.

If a person is still angry with their ex, it is a clear red flag that they are not over their ex yet. Their anger is just a manifestation of the pain and hurt they carry inside because of the ending of the relationship.

If a person has truly moved on from his ex-relationship, he becomes apathetic and indifferent to the ex instead of seething with anger towards them. Anger and hatred just go to show that they still have intense feelings for their ex-partner and have not come to terms with the break up yet.

2. All the little things remind him of her.

If all the little things like what you wear, how you talk, the places you visit, or what perfume you wear reminds him of her, then he is clearly not over his ex yet.

He should ideally take more time to notice and compliment you instead of talking about his ex all the time. If he doesn’t have his heart 100% in the relationship, you should just move on, girl.

Related: 5 Unmistakable Signs He’s Not That Into You

If he still makes efforts to find out what is going on in her life, whether by asking common friends or checking her social media feed, or stalking her, it is a major red flag that he still has feelings for her and is hoping to get back together with her.

While it is ok to remain friends with your ex but it is not ok to obsess about every little thing that is happening in their life or being too involved in their life.

4. He is still in touch with her family.

If your partner is still making efforts to stay in touch with his ex’s family, it could be either because he is trying to keep a tab on his ex’s life to find out if they are still single and if he still has a chance to get them back. He could also be trying to impress the family so that he could ask their support for getting his ex back.

5. He still stalks her on social media.

If a person is over his ex, he should not be liking every comment and photo of his ex on social media. If he is still doing that, it is a clear sign that he is trying to get her attention and hoping to rekindle the spark.