Why Are Narcissists So Dangerous For Us? 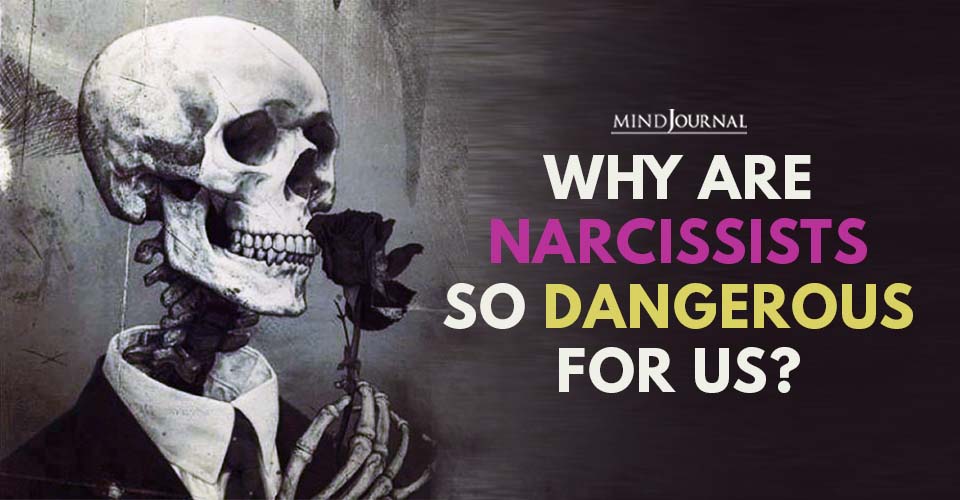 Often people claim narcissists are dangerous especially those who have been personally victimized. In this 21st century, hard statistics and science are pointing out that we are living in an increasingly narcissistic world.

When you dance with the devil (narcissists), the devil doesn’t change. The devil changes us.

Narcissists are known to be excellent actors. Narcissists are dangerous as by their world class performance they make us mesmerized and leave us feeling deflated, bewildered and confused. They always like to paint a picture of themselves as victims in all aspects.

According to American Psychiatric Association’s Diagnostic and Statistical Manual of Mental Disorders, Fifth Edition (DSM-5), Narcissistic Personality Disorder is defined as comprising a pervasive pattern of grandiosity (in fantasy or behavior), a continuing need for admiration, and a scarcity of empathy, beginning by early adulthood and present during a sort of contexts.

Many onlookers have a hard time believing that people we describe as narcissists are dangerous that it is the hardest thing to get the truth out of them as the closest we can ever come is a story that either makes them the hero or the victim but never the villain like – the narcissist will cut you off because you handed him / her the scissors. That’s how narcissists are dangerous for us.

As a mental health writer, I’m interested in exploring narcissism in the latter sense — as a pathology rather than as a lax term for a self-absorbed person. To gain more knowledge about narcissists are dangerous, I turned to a number of experts like –

According to David M. Reiss, M.D.“The term itself comes from the story of Narcissus in Greek mythology, dating back to a minimum of 8 A.D. As to the formal diagnosis, that arises from psychoanalytic thinking, starting with Freud but with different schools of psychology accepting slightly different understandings of the pathology/personality disorder over ensuing years.”

According to Dr. Keith Humphreys, a psychiatrist and professor of psychiatry at Stanford Health Care. “As we grow up, we learn that other people need things, too. Now, we may have moments where we’re very selfish, but it’s on a continuum; not for narcissists though. Narcissists are just stuck there during this bottomless, constant need.”

According to the Journal of Clinical Psychiatry (Vol. 67, No. 7) more than adult people young people are much likely to get affected by narcissistic personality disorder.

TWO MAIN TRAITS OF A NARCISSIST

If any of us have ever dealt with a narcissist one may have experienced that the sharp shock when we noticed the world wasn’t exactly the way the narcissist wanted us to see, and thus we understood that narcissists are dangerous. Delusions are basically false beliefs, fixed that cannot be corrected by logic and are not consistent with the culture and education of the victim.

Few of the delusions that are always present in a narcissist’s psyche:

For example – They might feel they have a special relationship with God, they may hear God’s voice. They might also believe that they are destined to be the leader of the world, despite having no leadership experience and difficulties in interpersonal relationships.

A narcissist delusion of grandeur makes him disregard the entire being of other individuals. They look down on others, have high temper tantrums. Narcissists are dangerous because they may continue to believe in the delusion in spite of contradictory evidence and it marks a significant disconnection from the real world.

They do not recognize that they have boundaries and that others are separate and are not extensions of themselves. Others either exist to satisfy their needs or may also not exist in the least . People who are narcissists don’t understand the concept that two people have separate identities, with separate thoughts, feelings, motivations, dreams, ideas, goals and rights.In the mind of a narcissist, there is no boundary between self and other.

For example – A narcissist may speak inappropriately about her husband or son, revealing information that a normal wife or mother would never share publicly, such as comments about their bodies.

Narcissists  are dangerous because they may get angry when we try to share our own boundaries and at times it is not possible to know that they are actually trying to manipulate us. They like to steamroll over others to get what they want and mostly live in the power dimension without the corrective balance of mindfulness and heart.

Related: Why Do We Need Boundaries With People We Love?

According to many researchers people who are high in narcissism tend to be high on perfectionism. People who are high on grandiose narcissism shows an unusual degree of self-preoccupation with looking better than everyone else. They are more inclined to pursue a perfect image of themselves without compromising their self-esteem, and derive pleasure from their efforts.

Narcissistic perfectionist parents may create self loathing children. The voice of a narcissistic perfectionist drowns out logic—and when that happens, it is not pretty. They demand perfection of those around them in a very critical way because they get a sense of vitality or self-esteem through the perfect performance of other people, and they bask in that glow vicariously.

They basically hold unreasonable expectations of particularly favorable treatment and automatic compliance because they consider themselves special. In their magical world narcissists always come first and in this type of delusion they tend to explode when people don’t bow to their wishes.

For example – Receiving a bigger handful of candy than the other children at a holiday party or a paycheck that is larger than what comparable individuals earn. Individuals with high levels of narcissistic entitlement might demand the simplest seat at a restaurant or to not need to wait in line when everyone else does.

Sense of entitlement is dangerous in a narcissist because they will steal, lie, cheat to get what they feel should be theirs, they take what they want without any concern for who they screw. Narcissist are dangerous because they are very good at tricking victims to get supply from them – money, sex, admiration.

Related: The Signs You Have a Sense of Entitlement Complex

They see themselves as perfect, and that they have the ultimate knowledge about everything by manipulating and exploiting others, then rationalizing their actions to shirk responsibility or blame others. They like to play God.

Narcissists with magical thinking are so dangerous because they are divorced from reality. Logic , reasoning and common sense do not exist inside the mind of an emotionally disturbed and sick individual with personality disorder.

Related: How To Identify a Love Bomber: The Narcissist’s Soulmate Scam

Narcissists are unwilling to recognize or identify with the feelings and needs of others, they are incapable of self reflection.Malignant narcissists are experts at betraying people, they feel no empathy towards others and no remorse for their evil deeds. They are masters of hurting others and striking at their emotional wounds and  can very easily make others feel worthless using words.

They don’t care how their actions affect others or if another person is going through a hard time.

According to Eslinger, P. J. (1998). The cognitive functioning necessary for empathy, such as the ability to role-play or take another person’s perspective, occurs in a different location of the brain than the emotional aspects of empathy, like sensitivity to what another person is feeling or experiencing.

According to Bilotta, E., Carcione, A. et. al (2018) Interpersonally, where someone with narcissistic traits experiences helplessness or vulnerability, they are likely to withhold an emphatic response automatically, appearing cold-hearted or as refusing to take responsibility for hurtful behaviour.

Narcissists are so dangerous for us because they can sleep at night knowing they have intentionally hurt you and they show zero remorse. Often by watching people many narcissists learn how to fake their true feelings and they tend to figure out the correct response of that situation.

Narcissists are so dangerous because they are often proudly shameless, not bound emotionally,they tend to take a lot of forms in  order to exploit others. If one makes any mistake in a relationship then they might devalue you which means simply cut all connections with them.

DON’T TRY TO FIGHT A WAR WITH A NARCISSIST

Don’t try to fight a war that you can’t win with a narcissist,because they do not care about anyone but themselves.We are in a technologically advanced world, there are a lot of ways through which we can get to know more about  them and we can understand the red flags in one’s personality.

Every word phrase or statement from a narcissist’s so-called truth is only said in the moment . all of their efforts , no matter what, only represent an investment designed to satisfy their agenda.

13 thoughts on “Why Are Narcissists So Dangerous For Us?” 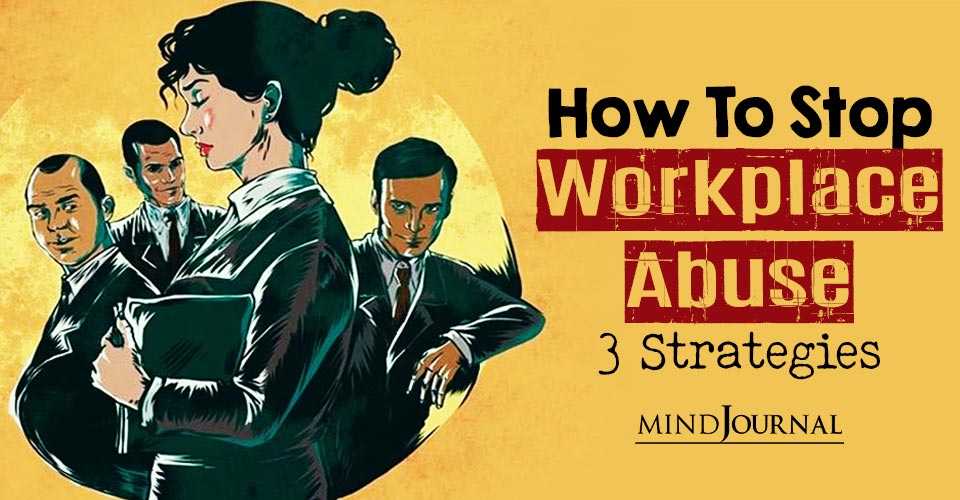