The Truth About Narcissistic Personality Disorder 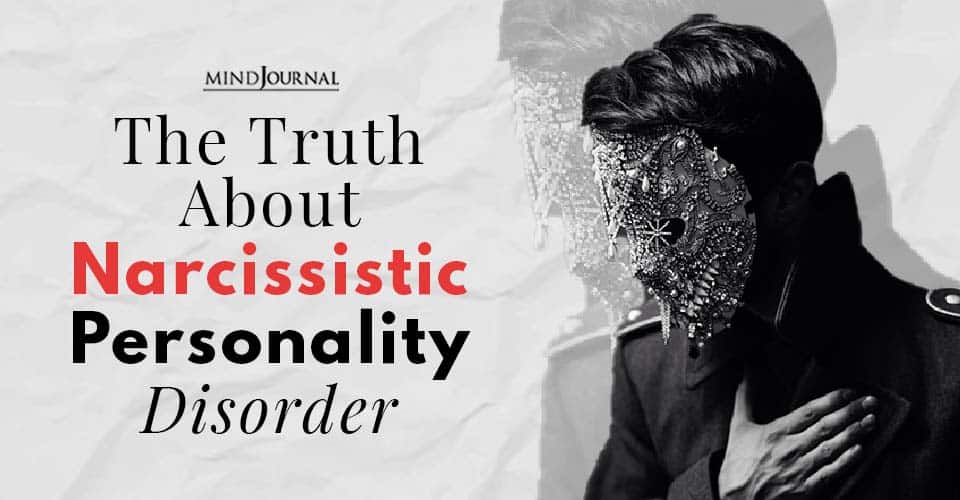 Red Flags for Narcissistic Personality Disorder that you need to know from the therapist.

The Truth About Narcissistic Personality Disorder

What therapists know about narcissism that you need to know.
By Dr Elinor Greenberg

Every once in a while, a new diagnostic label emerges into mass consciousness and people start to use it (and misuse it) as a synonym for bad behaviour.

This year’s label seems to be “Narcissist.” I thought that it might be useful to clarify what mental health professionals mean when they talk about narcissism.

What is Narcissistic Personality Disorder?

Narcissistic Personality Disorder (NPD) is the name for a series of coping strategies that began as an adaptation to a childhood family situation that left the person with unstable self-esteem, the inability to regulate their self-esteem without external validation, and low empathy.

As with all three of the major categories of personality disorders—Borderline, Narcissistic, and Schizoid—people with NPD also lack “whole object relations” and “object constancy.”

This is the capacity to see oneself and others in a stable and integrated way that acknowledges both the person’s good and bad qualities.

This is the ability to maintain a positive emotional connection to someone that you like while you are angry, hurt, frustrated, or disappointed by his or her behaviour.

Without “whole object relations” and “object constancy” people with NPD can only see themselves and other people in one of two ways: either they are special, unique, omnipotent, perfect, and entitled (High Status); or they are defective, worthless, garbage (Low Status).

This means that the person struggling with Narcissistic issues cannot hold onto his or her good opinion and good feelings about someone, once he or she notices the other person has a flaw. The other person goes from being special and put on a pedestal to being devalued as “nothing special.”

Narcissists often seesaw back and forth between these two. When they are feeling good about you (or more accurately, you are making them feel good about themselves), they see you as special.

Then you do something that they do not like, such as say “no” to one of their requests, and suddenly you are now all-bad and worthless.

Later on, you may do something that makes them feel good again, and they are back again to seeing you as special.

Unfortunately, in the English language, the word “narcissism” has come to mean two entirely different things, depending on whether it is being used formally as a diagnosis, as in NPD, or informally as a synonym for positive self-regard.

I am often asked, “Isn’t a little bit of narcissism healthy and normal?” I would like to clarify that distinction before I go on.

This is a realistic sense of positive self-regard that is based on the person’s actual accomplishments. It is relatively stable because the person has assimilated into their self-image the successes that came as a result of their actual hard work to overcome real-life obstacles.

Because it is based on real achievements, normal, healthy narcissism is relatively impervious to the minor slights and setbacks that we all experience as we go through life.

Normal narcissism causes us to care about ourselves, do things that are in our real self-interest, and is associated with genuine self-respect. One can think of it is something that is inside us.

This is a defence against feelings of inferiority. The person dons a mask of arrogant superiority in an attempt to convince the world that he or she is special.

Inside, the person feels very insecure about his or her actual self-worth. This façade of superiority is so thin, that it is like a helium balloon—one small pinprick will deflate it. This makes the person hypersensitive to minor slights that someone with healthy narcissism would not even notice.

Instead, someone with this type of defensive narcissism is easily wounded, frequently takes any form of disagreement as a serious criticism, and is likely to lash out and devalue anyone who they think is disagreeing with them.

They are constantly on guard trying to protect their status. Pathological Narcissism can be thought of as protective armor that is on the outside of us.

When I talk about “Narcissism” in this article, I am talking about the pathological, defensive Narcissistic strategies that the people with Narcissistic Personality Disorder developed to deal with life that began as an adaptation to their childhood experience, not “healthy” internal self-regard.