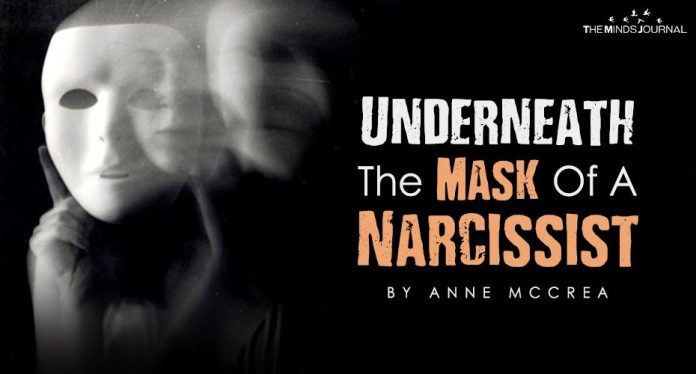 Underneath The Mask Of A Narcissist

11.  Is someone who appears to be very charismatic when you meet them initially.  The longer you know a narcissist, the less likely you are to be fooled by that false persona.

12.  Is someone who has promised you the world but fails to deliver.  Their promises mean nothing.  They will promise anything to ensure their demands are met.  Once they achieve what they set out to achieve, they will deny ever having made them.

13.  Is someone who fears abandonment.  By doing so, they will reject first to put themselves in control of the situation.

14.  Is someone who will refuse to acknowledge your very existence as a result of some perceived slight in order to gain power and control.  The silent treatment is one of the most severe forms of emotional abuse causing the target to doubt their self worth, often described as mental murder.

15.  Is someone who lacks self control.  A narcissist will  often overreact and display uncontrollable rage not unlike childish tantrums one would expect to see from a five year old child.  Their rage may be fuelled by something as little as a contrary view point.

16.  Is someone who needs to be admired… Their puffed up self-image needs feeding.  A narcissist needs admiration and attention like a drug addict needs supply.

17.  Is someone who will push you to your limits to get a reaction.  When you react they will try to make you appear out of control and they play the victim card.

18.  Is someone who believes that the rules don’t apply to them.  They are risk takers believing that they are above the law and won’t get caught.

19.  Is someone who is arrogant, thriving off the admiration of others.  They will flaunt their wealth, their accomplishments, real or imagined, in order to boost their fragile ego.

20.  Is someone who is lacking in morality yet will be the first to judge the moral standards of others.