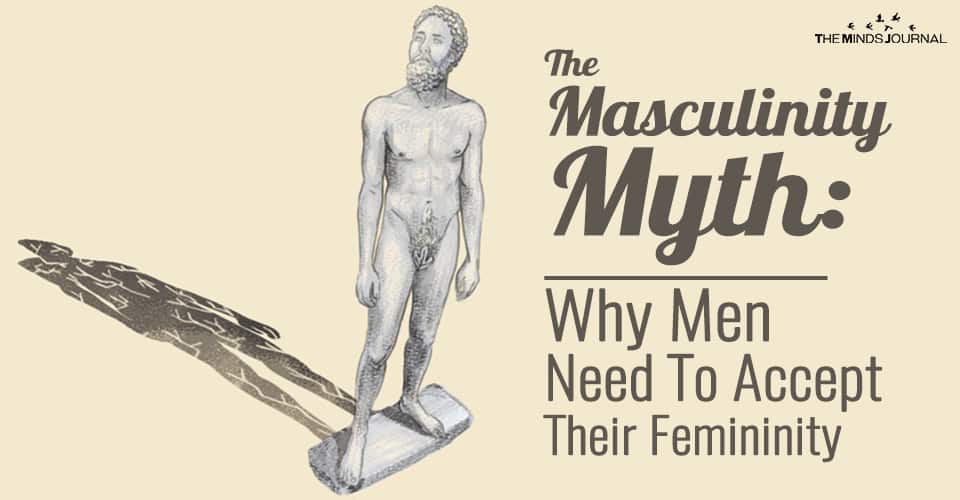 A man is more empowered in his masculinity when he cultivates his feminine.

The Feminine In The Masculine

“The feminine in a man?” A big burly man says. His massive biceps dwarf his muscle shirt, as he lifts at the gym. “Ha, you got to be kidding me. Next thing you know, you’ll be asking me to be join the knitting club.”

“That manly man ain’t so manly,” another man says, “if he’s afraid of his heart.”

Ok, you guys, break it up. Let’s talk here. The feminine in the masculine. What’s that mean?

Most guys say, I don’t know. Yet, guys who have done some work on themselves say, it’s being in touch with your emotions. True, and there’s more.

Fear, anger, sadness, joy. Those are the basics. Not so easy for a man to access.

“What are you feeling?” I ask Jason, my client.

“Well, I’m frustrated. My wife is insisting that we go to her parents for Christmas. She knows I always feel picked on by her mother. I don’t want to go and…”

“Jason, what are you feeling?” I say. He looks at me, annoyed. “Frustrated is not a feeling. It’s a state of being. What is the emotion behind the frustration?”

He takes a breath and continues. “It’s just, I don’t want the holidays to be a shitshow, like they were last year. Why’s she asking me….?”

He’s back in his head.

“It is not what he has, or even what he does which expresses the worth of a man, but what he is.” – Henri-Frederic Amiel

Any man who stays in this place for too long will notice that most of his relationships are compromised – with his partner, his kids, his parents, siblings, etc.

He is often told by his partner that he’s emotionally absent.

Told that he’s not enough. And as a result, he feels diminished in his masculinity — his ability to be strong, capable, and directed.

The paradox is this.

A man is more empowered in his masculinity when he cultivates his feminine.

The statistics are staggering.

In response to the emotionally sideways man, most women leave. Yes, 70% of divorces today are initiated by women. And it’s as high as 90% for college-educated women.

Today, the relationship is the super-currency to happiness. Your marriage or partnership is an external manifestation of the currency you traffic in. And the backer is your relationship with yourself.

Your ability to work with your hooks and triggers.
To feel your emotions.
To bring your masculine to the feminine.
And ultimately, to own, master, and be self-responsible with your emotions.

Read What are Your Divine Feminine and Masculine Creative Energies?

Until you do so, you will naively believe all your emotions, especially if you can’t feel them. And they will run you from the unconscious. You can’t master what you can’t see.

The new male warrior of the world is the relational master. Relationships dictate everything – his work, his friends, his family.

The relational master partners with a woman who is his equal. He has his tribe of allies. And he does business with those who can meet him at his level.

His self-relationship is his compass for all his relationships. He ascribes to the old age truism, inscribed on the Delphi Temple millennia ago – Know Thyself. Today his greatest challenge and most critical endeavor is … Know Thy Heart.

Yet the climb to such mastery is steep.

Ken Wilber, integral theory pioneer and acclaimed philosopher said, a man has been trained, for thousands of years, in two instincts – F*ck it or Kill it. For a woman, it was one instinct – Relate to it.

And so it is men… we’re on a massive evolutionary uphill climb today. Only in the last 50 years have we been asked for more than two instincts. And that more is this — to be relational, which starts with knowing what you feel.

But to add insult to injury, we have to do this uphill climb in The Man Box, and no less daunting, with an empowered post-feminist woman.

Observe Exhibit A: The Man Box.

An emotional box that a male is caged into as a boy, often as early as age 3, restricting the range of acceptable emotions he’s allowed to access. (For more on the Man Box, check out “The Mask You Live In”.)

In this construct, only one emotion is allowed – Anger. Not permitted are fear, sadness, and joy. This wreaks havoc on a boy, positioning him to grow up and be in few healthy, empowered adult relationships.

“God made man stronger but not necessarily more intelligent. He gave women intuition and femininity. And, used properly, that combination easily jumbles the brain of any man I’ve ever met.” – Farrah Fawcett

Men, let’s get real, this is warrior work; to do it, we must look at the dark places within ourselves that were once prohibited. To see what the caged monsters of fear, sadness, and yes, even joy, have to offer us — keys to defusing the all too prevalent male anger.

Accessing the feminine in the masculine is far from sissy work, as the hyper-masculinized bodybuilder above would have you think. It is more difficult than any physical training a man can undertake.

I’ve heard many a combat vet, fresh from Iraq or Afghanistan, say it took more courage to get emotionally healthy than to have fought on the actual physical battlefield. The mission is often not clear within.

“Jason, what are you feeling?”

In time, we get to his sadness.

But for now, we keep working on it. Eventually, he reports feeling less fragmented, and more comfortable asserting his masculine gifts.

His wife no longer asks, “Where’s the Man in my man?”

Here’s an interesting video that you may find helpful:

Recognizing and acknowledging your emotions is not a punishable offence despite what society and decades of programming may have you believe. The feminine energy inside of men is sacred. It is not something that should be ignored or overlooked. Rather all men need to identify and accept it as an essential part of their authentic selves.

Your femininity completes your masculinity. Tapping into your range of emotions will not make you weak or appear less manly. Instead, it will make you feel empowered and help you understand who truly are… a real MAN! 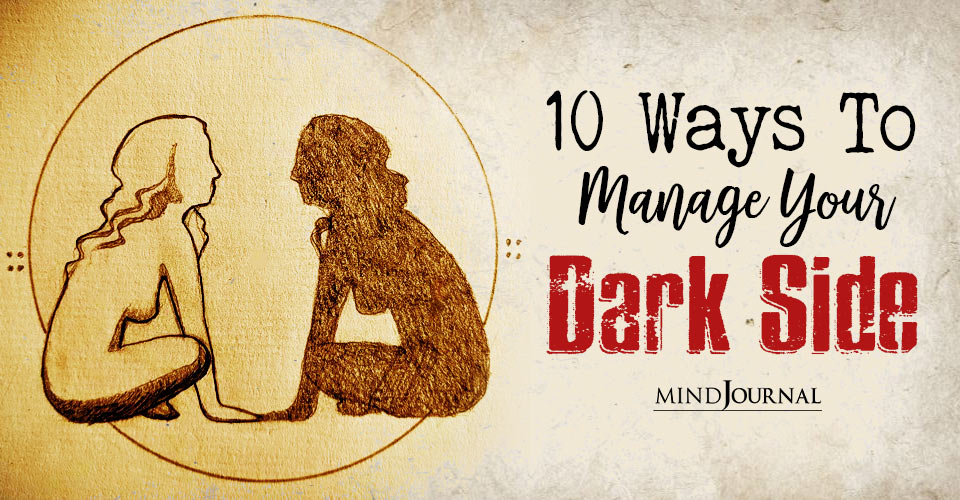 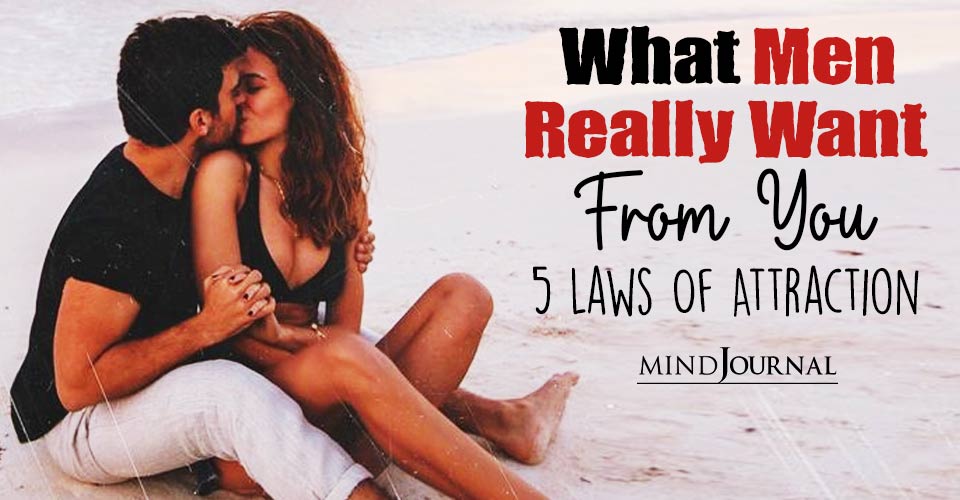 What men really want from you has little to do with your waist-hip ratio, and your looks.

When it comes to thinking about what men look for in women, we are quick to assume that their needs and desires must surely revolve around physical appearance. But is that the only thing men care about? Do we actually know what men really want from women?

Watch the video as I share my first-hand insights into what men really want from you. Then read on below for the five laws of attraction.

So, as I said in the video, what men really want from you has little to do with your waist-hip ratio, your looks, or even what underwear you’re wearing. Here are the five laws of attraction that will help you create a deep connection with your guy.

What Men Really Want From Y