Self-Identifying as an Adult Child of Narcissistic Parents 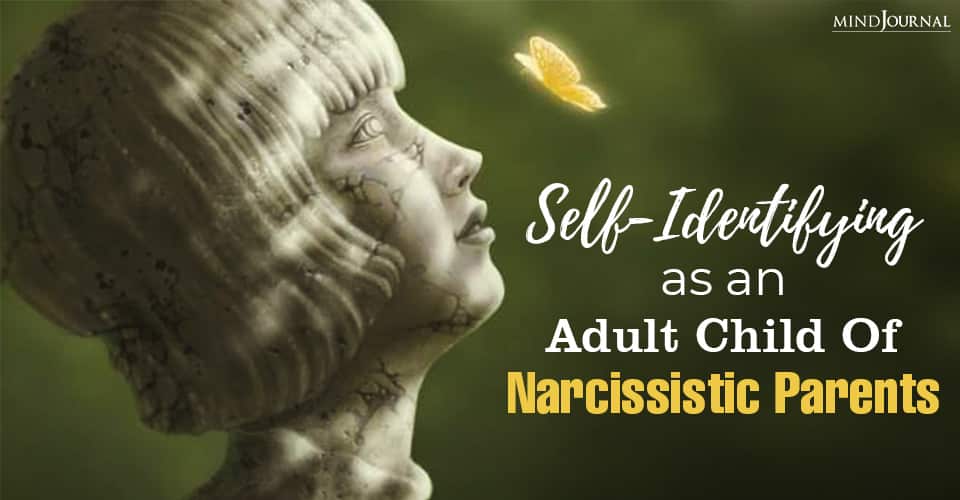 Did you grow up feeling like you didn’t matter, or like you weren’t good enough? Did one of your parents teach you that you weren’t as important as they were, or did they control every move you made? Or maybe your parent was more of a lazy, hands-off type who didn’t seem to care what you did – or who only paid attention to you when it was convenient for them.

If any of that sounds familiar to you, have you ever wondered if you might be the adult child of a narcissistic parent? If you are, chances are you don’t have the best memories about at least certain parts of your childhood. But the good news is that you don’t have to allow the effects of your abusive, gaslighting parents to control your life anymore. Even better, there is plenty of help and support available for adult children of narcissistic parents.

Signs You Were Raised by a Narcissistic Parents

Were you raised by a narcissistic parent? If you were, then you might already know how significantly it can impact your adult life and your relationships. If you’re not sure it can help to take a look at the signs you were raised by a toxic parent.

Signs of a Narcissistic Parent in Infancy and Early Childhood

There are things narcissistic mothers say when you’re upset or crying about something and they are annoyed by your emotions, which they feel are not real or relevant. For example – “These are the choices that you have made,” “Get over it,” “You’re so dramatic,” and so on.

Signs of a Narcissistic Parent in the Tween and Teen Years

Of course, since we know that narcissists rarely change, we know that going into the tween and teen years, the toxic parent will want to retain control, if that is their weapon of choice, or they will increasingly ignore and neglect their kids if they’re a “hands-off” type.

And the older a child gets, the more separate they naturally become from their parents. It is a healthy and normal part of a child’s development and journey into adulthood. They form their own opinions, thoughts, feelings, and styles. They may see the world differently than their parents, and they may talk back or openly rebel against even the most easy-going parent. But when it comes to kids being raised by a narcissist, this time will look a little different.