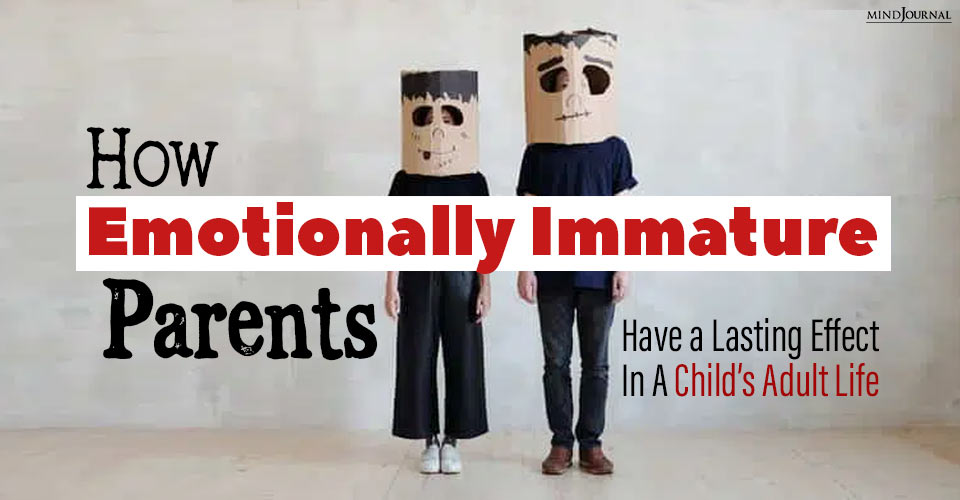 Emotionally immature parents? Has this led you to a dysfunctional or abusive relationship?

Most of us view parents as the mature ones, the grown-ups, particularly when we are kids. The ones who nurture and guide us to healthy adulthood.

But, what if you’re dealing with emotionally immature parents? Ones who are distant, rejecting, needy, negative, or self-preoccupied? What if a parent is emotionally immature? Forcing the child to become the parent in the relationship? Or, to come up with coping mechanisms? To deny the fear of never being good enough?

Emotional immaturity in parents can take many forms:

Their irritation towards their children teaches the kids to keep their distance from them.

Immature men may fall into this category, ruling the home as the aloof and scary Dad. He may even doll out physical punishments to his children

Then there’s the passive, emotionally stunted parent. The one who acquiesces to the more dominant one (usually another emotionally immature adult).

Or, make a sarcastic remark. Anything to change the subject.

As a child of emotionally immature parents you may feel:

You’re too sensitive, too emotional.

I can’t change who I am.