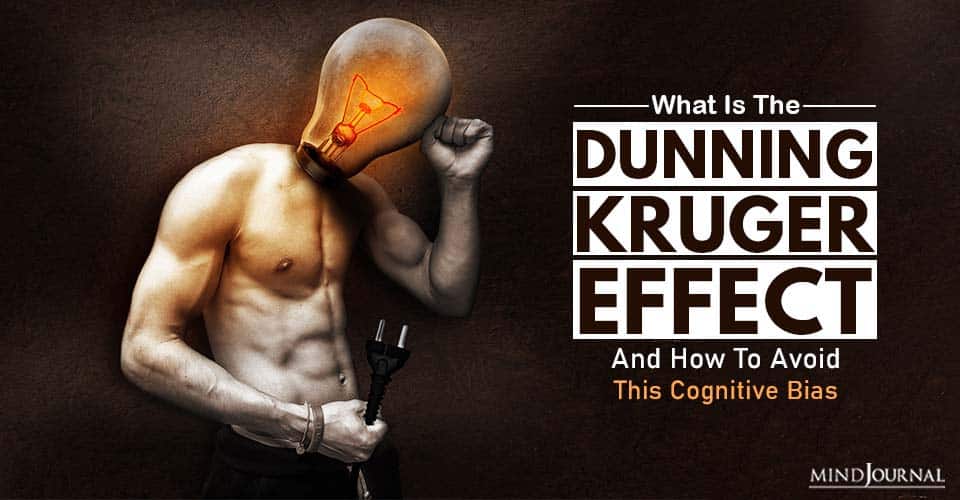 Why do the incompetent always feel confident? The Dunning-Kruger effect shows us why some unskilled individuals overestimate their abilities and tend to feel overconfident.

What is the Dunning-Kruger effect?

It is a cognitive bias where some people wrongly believe they are more capable and knowledgeable than they actually are. As they lack self-awareness, unskilled people are often unable to assess and identify their own incompetence accurately.

Educational consultant and author Kendra Cherry, Ms. explains, “The combination of poor self-awareness and low cognitive ability leads them to overestimate their own capabilities.” Most of us have encountered people who have this cognitive bias. The Dunning-Kruger effect offers a scientific explanation for this psychological tendency.

The science of the Dunning-Kruger Effect

The phenomenon is based on a 1999 research titled ‘Unskilled and unaware of it: how difficulties in recognizing one’s own incompetence lead to inflated self-assessments. The study was conducted by psychologists David Dunning and Justin Kruger at Cornell University.

During a series of four studies, the researchers assessed participants based on their sense of humor, grammar, and logic. They discovered that poor performers rated their skills and abilities much higher. For instance, participants who were in the 12th percentile generally rated themselves in the 62nd percentile, according to Psychology Today.

“Low performers are unable to recognize the skill and competence levels of other people, which is part of the reason why they consistently view themselves as better, more capable, and more knowledgeable than others,” writes Kendra Cherry, MS.

The authors of the study believed the psychological tendency occurred due to a metacognition issue. They are usually unable to self-analyze their own performance and abilities. The researchers wrote that “this overestimation occurs, in part, because people who are unskilled in these domains suffer a dual burden: Not only do these people reach erroneous conclusions and make unfortunate choices, but their incompetence robs them of the metacognitive ability to realize it.”

The research paper added “Several analyses linked this miscalibration to deficits in metacognitive skill, or the capacity to distinguish accuracy from error.”

Read 25 Interesting Psychology Facts That Will Blow Your Mind

The incompetent overestimate themselves

However, the Dunning-Kruger effect is not limited just to students or young individuals. We can find numerous people with this cognitive bias in every aspect of our lives from our families to our coworkers. The concept has been replicated and applied in a number of different domains like logical reasoning, financial knowledge, emotional intelligence, firearm safety in hunters, chess, wine tasting, and medical expertise of surgeons, with the same results.

According to a study of high-tech companies, around 32 to 42% of software engineers self-assessed their abilities as among the best 5% of their organizations.

New York Times bestselling author and leadership coach Mark Murphy writes “A nationwide survey found that 21% of Americans believe that it’s ‘very likely’ or ‘fairly likely that they’ll become millionaires within the next 10 years.” He added that according to one study on faculty members at the University of Nebraska, around “68% rated themselves in the top 25% for teaching ability, and more than 90% rated themselves above average.” Another 2018 study showed that U.S. citizens greatly overestimate their knowledge about politics and government.

“This meta-ignorance (or ignorance of ignorance) arises because lack of expertise and knowledge often hides in the realm of the “unknown unknowns” or is disguised by erroneous beliefs and background knowledge that only appear to be sufficient to conclude a right answer,” explains David Dunning, co-author of the Dunning-Kruger effect.