Depression Isn’t A Choice, It’s A Kind Of Brain Damage 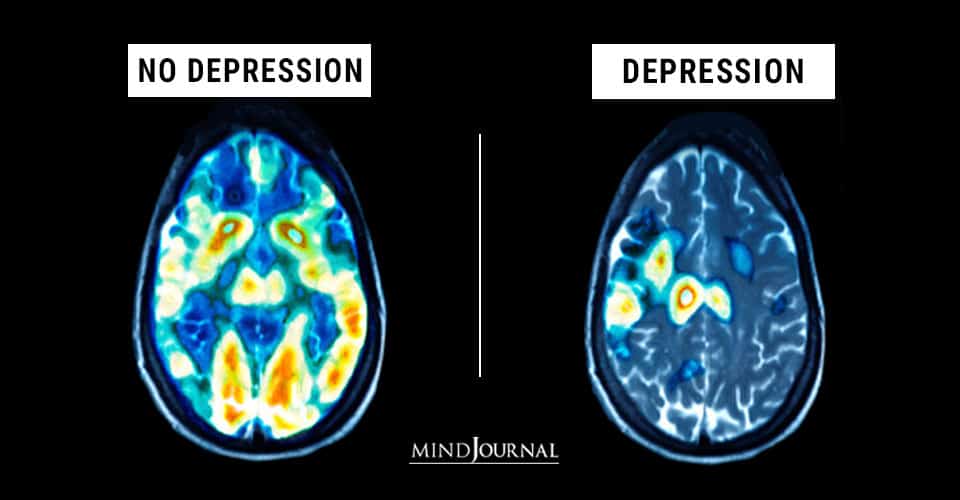 Does depression cause brain damage or the other way round? This has been the topic of debate for years and finally, researchers have found evidence that persistence depression leads to brain damage and not vice versa.

Neurologists previously had hypothesized that brain damage was a predisposing factor for chronic depression, but a new study published in Molecular Psychiatry sheds a different light on the subject.

In a study of 9,000 individual samples collected from the ENIGMA group database, researchers found a causal relationship between persistent depression and brain damage. Upon comparing the Magnetic resonance images (MRIs) of participants in study diagnosed with chronic depression (1,728 patients) and healthy individuals (7,199 ), shrinkage of hippocampus was found in the former.

Related: 7 Warning Signs Of Depression That You Need To Know

What is the hippocampus?

The hippocampus is a small area of the brain that is located in the medial temporal lobe of the brain.  It is comprised of two halves, one which resides in each hemisphere of the brain. It plays an important role in the limbic system.

Hippocampus is the region in the brain associated with the creation of new memories and associating emotions to them. Its functionality also involves spatial navigation and the formation of long term memory.

Inside the hippocampus resides the amygdala and its key role is to process and comprehend emotions. This part of the brain is attached to limbic system too and also functions to connect emotions to memories.

According to some studies on the brain and mental health, the amygdala and shrinkage of the hippocampus were linked with depression, but due to limitations like small sample size the results are not quite reliable.

The hippocampus and depression

Researchers have found that in addition to its importance in forming and maintaining memories, the hippocampus is also pivotal in controlling emotions.

Professor Ian Hickie, a co-author of the study and a renowned mental health campaigner, explains the hippocampus’ relationship to depression, “Your whole sense of self depends on continuously understanding who you are in the world – your state of memory is not about just knowing how to do Sudoku or remembering your password – it’s the whole concept we hold of ourselves”

Professor Hickie further elaborates on the relationship between a shrinkage in the hippocampus and changes in behavior observed in animals from the past, “We’ve seen in a lot of other animal experiments that when you shrink the hippocampus, you don’t just change memory, you change all sorts of other behaviors associated with that – so shrinkage is associated with a loss of function.”

Those who suffer from depression usually have low self-esteem and lack of motivation in completing even day to day self-care activities like bathing, eating, combing one’s hair, or dressing. It is common for those suffering from depression to also have a deflated self-confidence, which simply refers to their negatively distorted self-image.

Consequently, it affects the process of creation and storage of memories, your perception about your past self, and how you project yoursel in the future.

Depression is a mental health disorder (a type of mood disorder) characterized by persistently depressed or low mood or a complete loss of interest in activities causing significant impairment in daily activities.

People living with depression are pessimistic about their relationships, work, career, and everything in life. And the root is low self-esteem and negative perceptions about themselves and the people around them.

The state of depression manifests through repetitively regretting your past and fearing the future and this is known as rumination. It is not a singular conscious choice. Thoughts and feelings are well connected. As you think, so shall you feel!

When you think negatively your brain fantasizes uncomfortable and unpleasant outcomes and vice versa when you think positively. In the case of people with depression, their mind is filled with a pessimistic outlook towards life.

The outcome of repetitive negative thoughts is cognitive restructuring where your brain alters your emotional reactions and behaviors towards unfavorable outcomes. Sort of how like an avalanche only goes faster and gets bigger when careening down a snow-covered mountain.