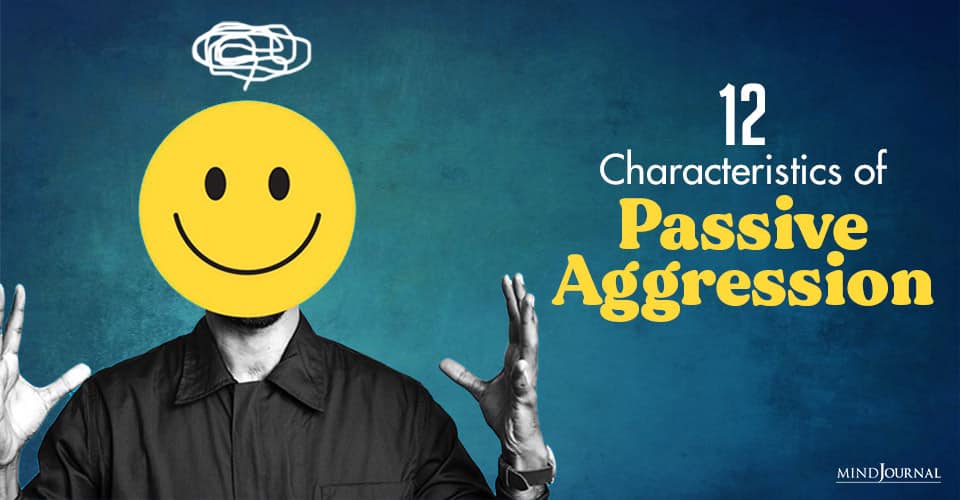 They’re basically obstructionist, and try to block whatever it is you want. Their unconscious anger gets transferred onto you, and you become frustrated and furious. Your fury is theirs, while they may calmly ask, “Why are you getting so angry?” and blame you for the anger they’re provoking.

Passive-aggressive partners are generally codependent, and like codependents, suffer from shame and low self-esteem. Their behavior is designed to please to appease and counter to control. You may be experiencing abuse, but not realize it, because their strategy of expressing hostility is covert and manipulative, leading to conflict and intimacy problems.

This behavior commonly reflects hostility which the individual feels he dare not express openly. Often the behavior is one expression of the patient’s resentment at failing to find gratification in a relationship with an individual or institution upon which he is over-dependent. (APA, 1968, p. 44, code 301.81)

The DSM-IV ascribed the disorder to someone with negative attitudes and passive resistance to requests for adequate performance, indicated by at least 4 of these traits not due to depression:

• Complains of being misunderstood and unappreciated

• Is sullen and argumentative

• Expresses envy and resentment toward those seeming more fortunate

After nearly 40 years it was dropped in 1994. There’s renewed interest in studying passive aggression. See a 2009 study. Passive aggression was found to be related to borderline and narcissistic personality disorders, negative childhood experiences, and substance abuse.

Because you can’t have an honest, direct conversation with a passive-aggressive partner, nothing ever gets resolved. They say yes, and then their behavior screams NO. They try to sabotage your wants, needs and plans using a variety of tactics. We all engage in some of these behaviors some of the time, but when there’s a pervasive pattern of multiple symptoms, it’s likely that you’re dealing with passive aggression.

Like all codependents, they’re in denial of the impact of their behavior. This is why they blame others, unaware of the problems they’re causing. They refuse to take responsibility for anything, and distort reality, rationalize, blame, make excuses, minimize, deny, or flat out lie about their behavior or the promises or agreements they’ve made.

Rather than say no or address their anger, they forget your birthday or the plans you’ve discussed, or forget to put gas in the car, pick up your prescription, or fix the leaky toilet. You end up feeling hurt and angry.

They’re avoidant and don’t like schedules or deadlines. It’s another form of rebellion, so they delay and delay with endless excuses. They don’t follow through on responsibilities, promises, or agreements. If they’re unemployed, they drag their feet looking for work. You may do more job-searching on their behalf than they do.

This is another nonverbal form of saying NO. When you try to decide on where or when to go on vacation, pick out an apartment, or make plans, they find fault with each suggestion and won’t offer any of their own.

They hate to take a stand. They don’t say what they want or mean. However, their behavior tells the truth, which is usually NO. This way they retain control and blame you for being controlling. As you might expect, negotiating agreements, such as in a divorce or child visitation plan, is exasperating. In addition to procrastinating, they avoid being pinned down.

They may insist on “reasonable visitation,” and label your attempts to specify a predictable plan as controlling. Don’t be fooled. This only postpones negotiation when repetitive arguments can occur over every exchange of the children. Alternatively, they might agree to terms, but not abide by them. You can expect to be back in court.

They don’t express their anger openly. In childhood, they may have been punished or scolded for showing anger or were never permitted to object. Their only outlet is passive-aggressive, oppositional behavior.

When they finally do what you ask, you likely have to redo it. If they make a repair, it might not last or you’ll have to clean the mess they made. If they’re helping with house cleaning, their inefficiency may drive you to do it yourself. At work, they make careless errors.

Read 3 Mental States That Narcissists and Sociopaths Manipulate in Others

Chronic lateness is a half-hearted way of saying NO. They agree to a time, but show up late. You’re dressed-up, waiting to go out, and they’re “stuck at the office,” on the Internet, or watching the game and not ready. Lateness at work or delivering assignments is a self-sabotaging form of rebellion that can get them dismissed.

Their personality may include pouting or acting sullen, stubborn, or argumentative. They feel misunderstood and unappreciated and scorn and criticize authority. They frequently complain and envy and resent those more fortunate.

The problem is always someone else’s fault. Their denial, shame, and lack of responsibility cause them to play the victim and blame others. You or their boss become controlling, demanding one. They always have an excuse, but it’s their own self-destructive behaviours that cause them problems.

While fearing domination, they’re dependent, nonassertive, indecisive, and unsure of themselves. They’re unaware of their dependency and fight it whenever they can. Their obstructionism is a pseudo attempt at independence. They don’t leave but withdraw or withhold intimacy instead. An autonomous person has healthy self-esteem, is assertive, and can take a stand and keep commitments. Not so for someone passive-aggressive. Their behavior is designed to avoid responsibility for themselves and family, and sometimes they depend unfairly on their partner for support.

Withholding communication is another form of expressing anger and asserting power passively. They may walk away, refusing to talk things over, or play the victim and say, “You’re always right,” shutting down the discussion. They’re unable to articulate what they want, feel, or need. Instead, they retain their power using the silent treatment or withholding material/financial support, affection, or sex. This undermines intimacy as a way to fight against their dependency.

There is a myriad of other things they might do, like slamming doors, giving away something of yours, or offering you a dessert that you’re allergic to or when you’re dieting.

What You Can Do About Passive Aggression

Because a passive-aggressive person is indirect, it may be hard to recognize what’s going on, but it’s essential that you recognize whom you’re dealing with. Look for a pervasive pattern of several of the above symptom, and monitor your feelings. You may feel angry, confused, or powerless when trying to get cooperation. If this is a common pattern, you’re likely dealing with passive aggression.

It’s important not to react. When you nag, scold, or get angry, you escalate conflict and give your partner more excuses and ammunition to deny responsibility. Not only that, you step into the role of parent – the very one your partner is rebelling against. Don’t be vague, drop hints, blame, or allow yourself to pay-back in kind.

Neither be passive, nor aggressive. Instead, be assertive. It’s far better to address noncompliance and problems in the relationship directly. Frame it in terms of “We have a problem,” not “You are the problem,” which is shaming. Don’t blame or judge your partner, but describe the behavior you don’t like, how it affects you and the relationship, and what you want. If you let your partner come up with a solution to a problem, there’s a better chance of resolution.

When you go along with your partner’s tactics or take on his or her responsibilities, you enable and encourage more passive-aggressive behaviour. It would be similar to nagging your child but allowing the youngster not to do his or her chores. This takes practice and requires being assertive. Be prepared to set boundaries with consequences. See my blog, “10 Reasons Why Boundaries Don’t Work.” For suggestions on dealing with passive aggression, write me at info@darlenelancer.com for “12 Strategies for Handling Manipulators.” Practice the tools in How to Speak Your Mind- Become Assertive and Set Limits.