Why People Fall For Narcissists More Than Once 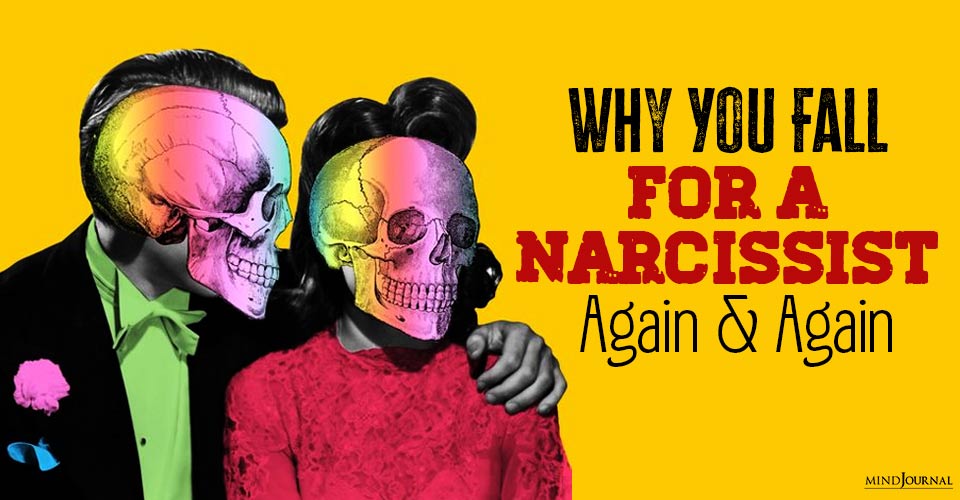 The thought of falling prey to another narcissist after having lived through a first horrific experience may be keeping you up at night.

I know exactly how this feels because I fell for a second narcissist that was the total opposite of the first and it really caught me off guard.

I’ll be honest, I failed to recognize their underlying toxic traits because they weren’t obvious and were well hidden –­ at least initially. Then, when the cracks and demons appeared, this person was as abusive and heartless as the first one.

In today’s Thriver TV episode, I share with you the details of my own story, going from two deeply damaging narcissistic relationships to my healthy and happy current relationship and how I finally secured the loving partner I deserve.

I want you to know how to pick a partner that is NOT a narcissist. Please watch to find out how.

Let me start off by saying, many people in this community have fallen for more than one narcissist. This could be in any aspect of life like a narcissistic boss or a friend, but for today’s episode, let’s talk about romantic relationships.

I was one of those people. So please don’t be in dismay as a result of you doing this as well. Because I know many of you have.

How Easy It Is To Get Involved With The Second Narcissist

It is so easy to get involved with a second narcissist, and this is how this formula often goes. People usually initially fall into a relationship with a big shiny overt narcissist, somebody who’s exciting, who appears confident, passionate, personable, and charismatic. We all know how that went. Horribly.

Then after discovering that we had been hit by the freight train known as a narcissist, we researched them and we tried to be very aware and wary of people with whom we’re going to connect in the future. So, we may be looking for someone kind of less obvious, more responsible, and somebody who doesn’t need to hold the center of attention.

Also, we may be drawn to someone who is nowhere near as selfish or arrogant. Somebody who gives to others, who cares for others, as well as us. Maybe somebody who’s even connected to charity or humanitarian deeds or has a really benevolent standing in society.

Little did we know that somebody who is less assuming and more giving can also be a malicious and dangerous narcissist. That’s what I want to talk to you about today, who these people are, and what we can do to be safe and free from them in the future.

First of all, let’s have a look at the covert narcissist. Which is often people’s second choice of a narcissist. Not always, but often it is.

This person seems quieter and more humble. They’re definitely not obviously arrogant. This is the person who might be sitting at the back of the room, observing others rather than taking the limelight. Yet this person is still really in hubris. They’re still arrogant, but they do it in a more covert and victimized way, rather than a brash way.

This person is more passive-aggressive rather than expressing the hot anger that a narcissist does. However, they are still completely and utterly capable of narcissism, even malignant narcissism.