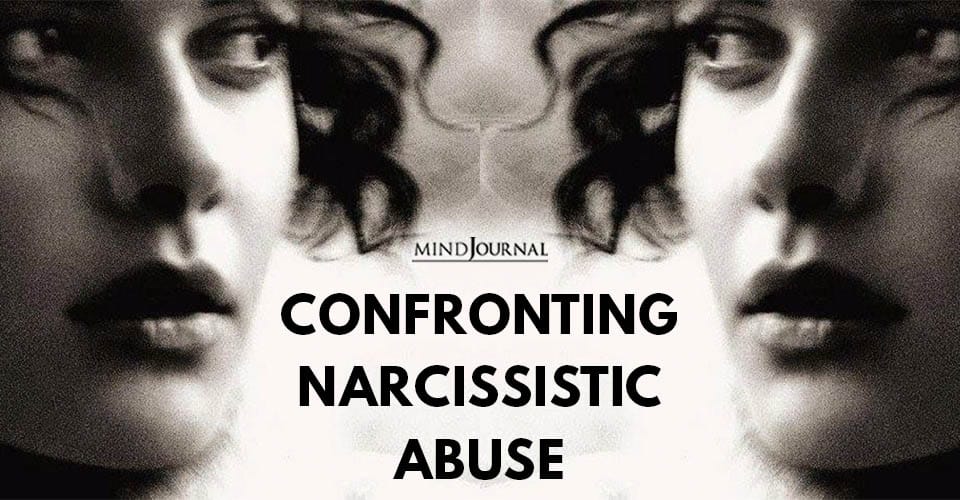 We’re all capable of abuse when we’re frustrated or hurt. We may be guilty of criticizing, judging, withholding, and controlling, but some abusers, including narcissists, take abuse to a different level. Narcissistic Abuse can be physical, mental, emotional, sexual, financial, and/or spiritual. How about confronting narcissistic abuse?

Some types of emotional abuse are not easy to spot, including manipulation. It can include emotional blackmail, using threats and intimidation to exercise control. Narcissists are masters of verbal abuse and manipulation. They can go so far as to make you doubt your own perceptions, called gaslighting.

The Motivation for Narcissistic Abuse

Remember that narcissistic personality disorder (NPD) and abuse exist on a continuum, ranging from silence to violence. Rarely will a narcissist take responsibility for his or her behaviour. Generally, they deny their actions and augment the abuse by blaming the victim. Particularly, malignant narcissists aren’t bothered by guilt. They can be sadistic and take pleasure in inflicting pain. They can be so competitive and unprincipled that they engage in anti-social behaviour.  Don’t confuse narcissism with an anti-social personality disorder.

Related: Anxiety Disorders Could Be Caused By Being Exposed To Narcissistic Abuse

The objective of narcissistic abuse is power. Narcissists may intentionally diminish or hurt other people. It’s important to remember that narcissistic abuse stems from insecurity and is designed to dominate you. Abusers’ goals are to increase their control and authority while creating doubt, shame, and dependency in their victims. They want to feel superior to avoid hidden feelings of inferiority. Understanding this can empower you.

Like all bullies, despite their defences of rage, arrogance, and self-inflation, they suffer from shame.  Appearing weak and humiliated is their biggest fear. Knowing this, it’s essential not to take personally the words and actions of an abuser. This enables you to confront narcissistic abuse.

Mistakes in Dealing with Abuse

When you forget an abuser’s motives, you may naturally react in some of these ineffective ways:

If you placate to avoid conflict and anger, it empowers the abuser, who sees it as weakness and an opportunity to exert more control.

2. This also shows weakness, which narcissists despise in themselves and others.

They may react dismissively with contempt or disgust.

This is a good temporary tactic to collect your thoughts and emotions but is not an effective strategy to deal with abuse.

Arguing over the facts wastes your energy. Most abusers aren’t interested in the facts, but only in justifying their position and being right. Verbal arguments can quickly escalate to fights that drain and damage you. Nothing is gained. You lose and can end up feeling more victimized, hurt, and hopeless.

Anything beyond a simple denial of a false accusation leaves you open to more abuse. When you address the content of what is being said and explain and defend your position, you endorse an abuser’s right to judge, approve, or abuse you. Your reaction sends this message: “You have power over my self-esteem. You have the right to approve or disapprove of me. You’re entitled to be my judge.”

This can drive your behaviour if you desperately want to be understood. It’s based on the false hope that a narcissist is interested in understanding you, while a narcissist is only interested in winning a conflict and having the superior position. Depending upon the degree of narcissism, sharing your feelings may also expose you to more hurt or manipulation. It’s better to share your feelings with someone safe who cares about them.

Although they may act tough, because abusers are basically insecure, inside they’re fragile. They can dish it, but can’t take it. Complaining or criticizing an abuser can provoke rage and vindictiveness.