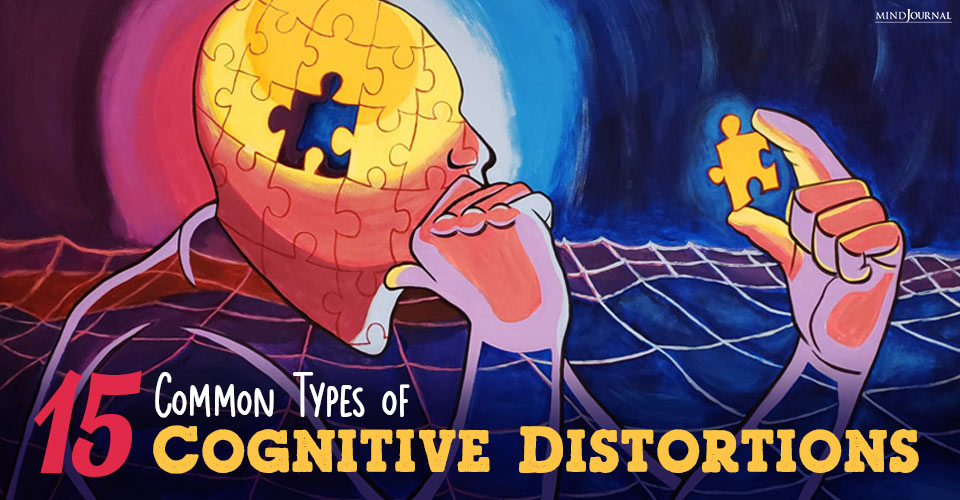 All of us have unique minds and different thinking patterns. Some of us tend to be analytical while some others tend to be creative. Some tend to focus on problems, while some focus on solutions. Our flawed thinking patterns are known as cognitive distortions which define our perception of reality. So what is your thinking style and how do you see your reality?

What are cognitive distortions?

These are inflated and illogical thought patterns and belief systems that often negatively twist how we perceive the world. Cognitive distortions refer to errors in our thought patterns that make us understand reality in an inaccurate way.

These can either be habitual or instinctual thoughts and are typically negatively biased. As such distortions in thinking tend to be common, these can be really difficult to identify, especially when we are unaware that we can change them.

Unfortunately, most people spend their entire lives accepting these distortions and believing their warped perceptions. Psychologists believe that having these thinking errors can cause or worsen various mental health issues like stress, anxiety, paranoia, obsessive-compulsive disorder (OCD), and depression.

These can even lead to relationship problems and cause unnecessary complications in our personal lives.

“Cognitive distortions are negatively biased errors in thinking that are purported to increase vulnerability to depression,” explains researchers from a 2016 study. When encountering certain situations, most of us have some automatic thoughts as an emotional or behavioral response.

Research shows we can develop negative automatic thought patterns when we have been exposed to adverse life events frequently, especially in childhood. The duration and intensity of these adverse experiences influence the volume of thinking errors we develop.

However, another study has found that cognitive distortions may be a form of evolutionary defensive & survival mechanisms that are sensitive to threats.

The study explains “humans evolved to think adaptively rather than logically. Hence cognitive distortions are not strictly errors in brain functioning and it can be useful to inform patients that ‘negative thinking’ may be dysfunctional but is a reflection of basic brain design and not personal irrationality.”

According to psychiatrist Aaron Beck’s research on cognitive distortions, 15 common types of thinking errors have been identified. Check these out below to see if you can relate with any of these:

Also known as splitting or black and white thinking, it refers to a thought pattern that focuses on observing things in extremes or absolutes. It is either everything or nothing at all. This type of distortion can cause relapse.

Described by psychoanalyst Ronald Fairbairn, it is our inability to involve both positive and negative aspects of ourselves, others, or the world into a comprehensive and realistic approach. It is a defense mechanism that considers someone’s intentions and actions as either good or bad, white or black without any shades of gray.

If a person is on a diet and they had a cheat meal during a social gathering, then they may believe that their diet routine has completely failed. This can lead to further destructive or malfunctional behavior. It is commonly observed in perfectionists.

Some people tend to make faulty generalizations based on inadequate proof or evidence. These individuals form an opinion or make a decision based on a particular experience or event or even a handful of coincidences, which are mostly negative.

Hence, they tend to jump to conclusions with limited information, evidence, or a single event or experience. If they have had a bad experience just once, they will believe it will occur repeatedly. People with such cognitive distortions tend to say phrases like “never” or “always” constantly.

If a person has been rejected romantically once, they may develop a false belief that others potential romantic partners will reject them as well. Hence, they may refrain from dating or even approaching others. Research shows that overgeneralization is related to anxiety disorders and PTSD (post-traumatic stress disorder).