5 Signs of A Spiritual Narcissist 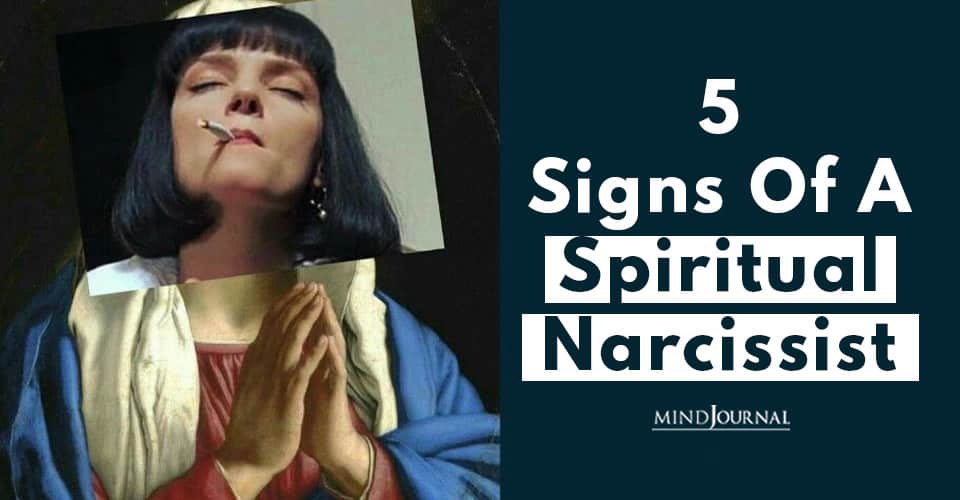 Have you heard of a spiritual narcissist, or maybe a religious narcissist?

This is the type of narcissist who will act as if they are extremely religious or spiritual. They can be of any faith, or of any spiritual belief. And they are the ones who twist spirituality and religion around and don’t exactly give either a good name. Some people call this religious abuse.

This video will give you a better understanding of what a spiritual or religious narcissist looks like.

What is religious abuse?

5 warning signs of a spiritual narcissist

1. They Claim to Have Conversations with God

Just like any other narcissist, spiritual ones brag about their social connections. The difference between a typical narcissist and a spiritual one is that the religious type will literally claim that God speaks to them. For instance, if a narcissist gets a promotion, they’ll say that God (or their Higher Power or the Universe) chose them for it, or that God spoke to them about it personally. Or, if you have a big decision to make, they’ll claim that God told them you should do (whatever it is they want you to do).

2. They Judge You On God’s Behalf

A spiritual narcissist will judge you harshly and they’ll use their religious rules or text to show you that you’re wrong in some way, or to feel justified in their judgmental stance. And often, they will say that God told them to do it – or that they are God’s agent on earth, sent here to keep you from going to hell…or some version of that. They may also even claim that God (or their version of that) is punishing or challenging you for your bad choices or behavior.

3. They Talk About Love But Never Show It

Spiritual narcissists will preach love to you and to anyone else but they never ever show it – at least not without an ulterior motive. They also say that they have nothing but love, empathy, and compassion for anyone – but their actions make it clear that this is a delusion they hope you’ll believe.

Related: Signs a Narcissist is Playing Mind Games With You

They will claim to love everyone, yet they are very judgemental and cruel anyway. In other words, they are hypocrites. They also are the type to throw toxic positivity statements at you when you are going through a hard time such as “it could always be worse” or “maybe if you weren’t so negative, this wouldn’t have happened” or “just get over it already.”

4. They Talk But Don’t Listen

Spiritual narcissists and typical ones always talk but are never the type to listen to you or to anyone. They truly like to hear the sound of their own voice and that is it. They are the only ones who believe that what they have to say is important and whatever you have to say is not.

When they talk, they expect you to hear and mentally record every word. But when you talk, they’re openly not listening to you, or they’re pretending to listen but are only using your words to file away for later manipulation.