Why Do Narcissists Project Their Wounds Onto You? 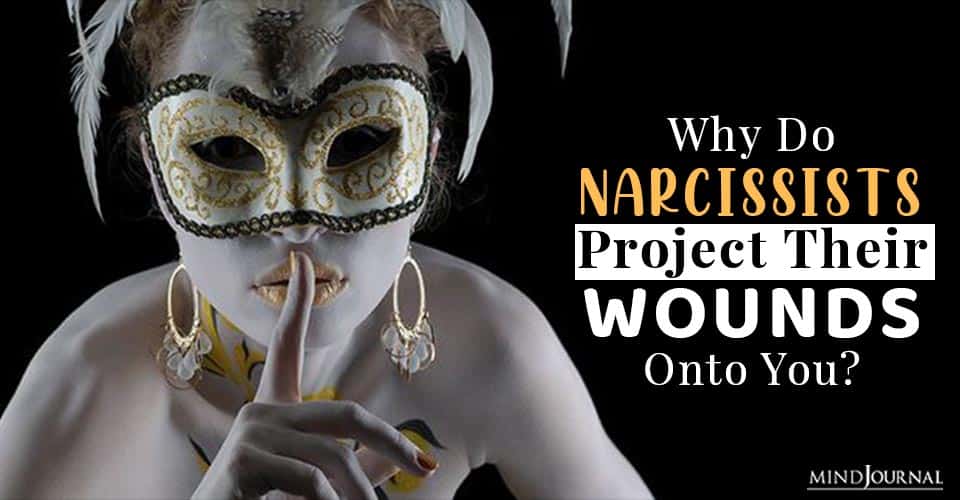 There’s a reason, rather many reasons, why narcissists fare very well when it comes to projecting their wounds onto someone else. And knowing these reasons might help you deal with one better.

It’s important to learn about different personalities — narcissists, sociopaths, psychopaths, etc. We will pile all those into one pile of dysfunction right now to try to make sense of the things we’ve seen, heard, or experienced; not to try to diagnose anyone. When you are in a relationship with someone, you can be dealing with things out of your ordinary and things you have never dealt with in the past. Projection is probably one of these things.

When I first started my YouTube channel, I talked a lot about emotional abuse because it’s very important to know what that looks like. Oftentimes, people know something is off about a person but can’t label it, and that’s actually quite important. You need to spot where the “off” things are happening or else you will allow manipulation and projections, and you will end up fighting back.

Related: 5 Projection Techniques Narcissists Use To Manipulate People Around Them

Let’s talk about narcissistic projection. The point of a narcissist actually projecting is because everything unhealed inside of this person is coming out to the surface. They cannot take responsibility or accountability for their actions and can be very manipulative. They are controlling and are takers because this makes them feel better about themselves.

They are like a toddler who just cannot behave. Because they cannot take responsibility for their actions, are empty inside, and carry around such deep shame, they cannot hear what you are saying about them and accept it.

A healthy person will know they have done something that was wrong or hurtful and do some self-reflection so they can eventually own their own stuff. A lot of times, our egos get in the way and we don’t want to own it at the moment but know that taking a break and coming back later will mean being able to see the situation for what it was.

None of that will happen with a narcissist. Because of their insecurity and unworthiness, they cannot self-reflect and think that maybe they aren’t perfect and did something wrong. When they cannot keep the game of being perfect going, they will immediately want to deflect what they are feeling and then the projecting begins.

They blatantly lie and manipulate and believe their own lies. They believe what happened was not their fault. They change things around, maybe tell other people what you did, and that infuriates you. It’s hard to accept when the narcissist makes themselves look like the victim and blame you. This will enrage you because they are making up stories and gaslighting. The feeling of enragement is because it is hard to understand why this person is fabricating a different story. It becomes hurtful.

Stephanie is a Life and Relationship Coach focusing on healing from narcissistic abuse, codependency, and past wounds. A major part of her teaching is a process called Self-Parenting. This practice is about learning how to become a healthy adult and learning the basic life skills that most of us did not learn growing up. She focuses her attention on teaching the strategies and simple practices to begin reprogramming your inner self. The parts of you that have been damaged from what her clients have experienced throughout their lives. Within her practice she has created a thriving YouTube Channel, Stephanie Lyn Coaching and podcast Heal, Survive, Thrive where people go to learn her teachings and gain the support they need to overcome what they have been through. Stephanie’s philosophies are simple “learn the basic principles you did not learn growing up.”View Author posts