What Happens When You Argue With A Narcissist 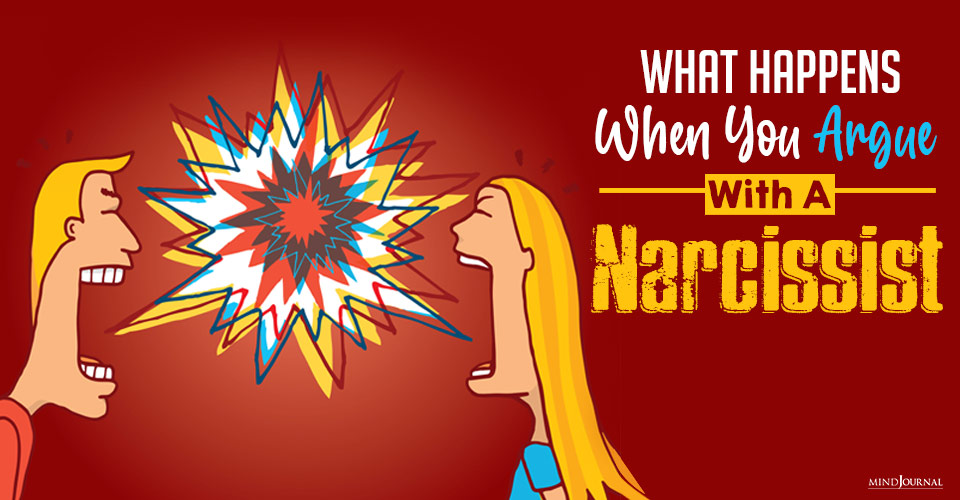 Would you like to know what is going through my mind when we argue? Thought you would. I do enjoy an argument. I love to start a squabble, a contretemps, and escalate it to a quarrel through to an altercation, a fight! By now I am sure you have realized that the reason I argue is twofold.

First, I am provoking an emotional reaction from you which gives me fuel.

Secondly, argument enables me to put you in your place and control you by being abusive towards you. I keep it within the realms of stinging and barbed verbal abuse but there are those of my brethren who do like to let their fists do the talking. That is not my style but we cannot shy away from the truth of what is being done in the name of “a discussion”.

I know from experience and also from reading numerous comments and observations that you regard arguing with me akin to banging your head against a brick wall. You cannot understand the stance we adopt in an argument.

Surely we must recognize that what we are saying makes no sense? Do we not realize that our position lacks logic? I will endeavor to enlighten you.

I Recognize Two Types Of Argument.

1. In the first type, I generate an argument out of nothing.

I argue for nothing. You find this disorienting and confusing. In fact, I will often do this after we have just done something delightful together (throwing you from a height is all the more delicious – see Get Ready To Drop).

I will invent some offense (why did you just look at that man across from us, when you did not) or I will seize on something utterly trivial (thanks for taking that last drop (and it was a drop) of the sauvignon blanc). I will level the accusation at you.

You will at first be stunned because everything was going swimmingly. You will then be perplexed as my accusation is either untrue or so minor to be negligible. Why is he getting so het up over nothing? Indignance will then rise inside you as your inner self questions whether you are just going to sit and take this unjust accusation. I am shouting at you now and you either run away or fight back. It might go something like this.

“Oh thanks for taking the last of the wine, I wanted that. I have hardly had any.”

“Sorry? There was only a drop left.”

“But you didn’t ask me if I wanted it did you?”

“I didn’t think to, there was just a dribble.”

“You didn’t think? That’s the trouble with you. You never think.”

“Oh come on, besides you’ve had plenty of wine anyway.”

“Are you saying I have a drinking problem?”

“Woah, where did that come from?”

“You. You are always doing this. You do something selfish and then turn it into an attack about me. Just because you cannot stand for someone to point out when you have done something wrong.”

“Good God, what are you talking about?”

“That’s it, try to dismiss me when I am making a valid point.”

“I only poured a drop of wine into my glass. It is no big deal. Here, if it troubles you so much, have what is left in my glass.”

“No, it’s too late. The damage is done. You are trying to make light of when I am pointing something out to you.”

“Oh I am ridiculous am I, well that’s rich coming from someone who drinks a bottle, at least once, a day.”

“Yes, you do. I am concerned about your drinking, have you ever considered getting some help?”

And on it goes.