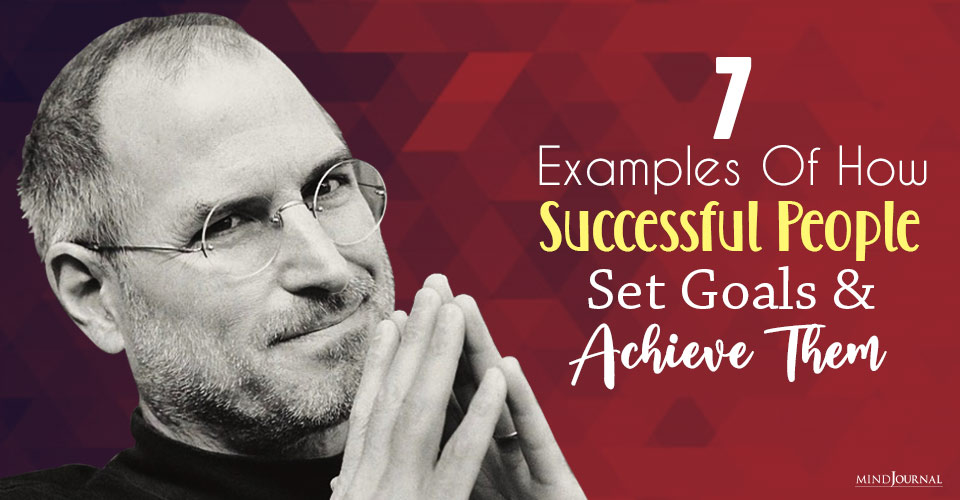 Jim also shared his experience with his self-written check and how he kept the check in his pocket for years in an interview with Oprah Winfrey. Watch this short video below:

Like how Bruce Lee wrote a letter to himself, Jim Carrey used the power of a self-written check of $20 million to inspire himself and remind himself of his goal.

7. Brian Tracy wrote down his goals and his life changed for the better

Another inspiring story of how successful people set goals and achieve them is none other than Brian Tracy.

Brian Tracy is an inspirational figure. He is a motivational speaker and self-development author for seventy books that have been translated into multiple languages.

In his books, Goals!: How to Get Everything You Want – Faster Than You Ever Thought Possible, Tracy shared his experience about how he wrote his goals and achieved them:

The Day My Life Changed

Then one day, I took out a piece of paper and wrote down an outrageous goal for myself. It was to earn $1,000 per month in door-to-door and office-to-office selling. I folded up the piece of paper, put it away, and never found it again.

But 30 days later, my entire life had changed. During that time, I discovered a technique for closing sales that tripled my income from the very first day. Meanwhile, the owner of my company sold out to an entrepreneur who had just moved into town. Exactly thirty days after I had written down my goal, he took me aside and offered me $1,000 per month to head up the sales force and teach the other people what it was that I was doing that enabled me to be selling so much more than anyone else. I accepted his offer and from that day forward, my life was never the same.

Within eighteen months, I had moved from that job to another, and then to another. I went from personal selling to becoming a sales manager with people selling for me. I recruited and built a 95-person sales force. I went literally from worrying about my next meal to walking around with a pocket full of $20 dollar bills.

Within eighteen months, I had moved from that job to another, and then to another. I went from personal selling to becoming a sales manager with people selling for me. I recruited and built a 95 person sales force. I went literally from worrying about my next meal to walking around with a pocket full of $20 dollar bills.

Once again, it showed that goal-setting works. After seeing the incredible results from writing down his goals, Tracy decided to get serious about the process. And the rest was history.

Related: What Is The Point Of Life? The Answer Is Not What You May Think It Is

There you go. This is how highly successful people set goals and achieve them. If you are reading up to this point, I bet these 7 stories will give you some golden insights on what you should do to increase your commitment to reach your goals.

Which story do you like the most? Which one do you are the most inspiring? Is it from Tony Robbins? Or Jack Canfield? Or is it, Jim Carrey?

Let me know what you think in the comment section below.