The Art Of Deflection: When Your Partner Accuses You of Being “Crazy” 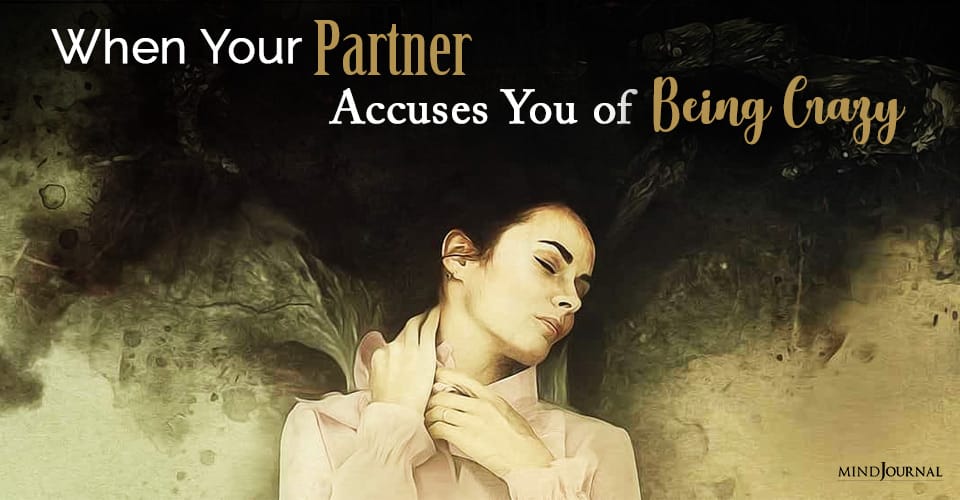 Has your partner ever called you crazy, even though deep down inside, you knew that you were not at fault, and your opinion was completely justified? Well, chances are, you might have been a victim of deflection.

During my initial session with a client who is having relationship issues, he or she often says, “It’s me. I’m the problem.” Yet as we delve into specific circumstances, it is clear that the client is not at the root of the couple’s dysfunction. He or she has a partner who continually deflects.

Deflection is a common, universal, and unconscious defense mechanism, yet when used to an extreme, it can blind a person to the information he or she needs to be close to others. Almost like a force field around a person’s ego, it maladaptively keeps out the material that causes tension regarding who a person is and what he or she believes.

Having a partner who routinely deflects often results in a person feeling punished for having any feeling that differs from the partner. The defense may be especially robust if a person has a feeling about the partner that the partner does not appreciate.

Read 5 Things A Narcissist Says To Make You Feel Crazy

For example, say Sally is hurt because of a comment Tim made while out to dinner with friends the previous night. “Sally won’t get that promotion because she’s too naïve. Her employees would run circles around her,” Tim said as he chuckled.

Perhaps Sally is very trusting, but the term naïve is slightly degrading and Tim’s belief that Sally will not move up in her field understandably hurts Sally. Yet when Sally shares with Tim that his comment made her feel bad, Tim deflects and says, “I didn’t say it like that. You are making stuff up. You are crazy. We had a good time last night. Why do you have to ruin it?” Now, even more upset, Sally attempts to explain why the comment hurt her, but Tim continues to deflect accountability, “I was joking. Can’t you take a joke? You’re too sensitive.”

Because Sally does not share the rigorous need to deflect, and because Tim is absolutely adamant that he did nothing wrong, Sally begins to doubt herself and her feelings. “Is all of this in my head?” she wonders. She lets it go, blaming herself. Yet, over the course of several months, if the dynamic is repeated, Sally may begin to think she is the problem.

Alternatively, if Tim does not deflect, he may be able to understand how and why his sentiment caused discomfort in Sally. Acknowledging that he grasps why the comment hurt Sally’s feelings, owning it, and repairing the conflict by rephrasing, “Sally, you have a big heart, I worry that manipulative employees may try and take advantage of you, but I am sure you will handle it like a pro,” helps Sally instead of hurts her.

Tim gets his opinion across, which may provide Sally with important insight, but it is relayed in a respectful, supportive, and encouraging manner. It is important that both parties see, understand, and respect each other’s perspectives. This is not possible when one party continuously and robustly deflects.

In the long run, if one person is shamed or dismissed for having any feeling that contradicts a partner’s, he or she may stop acknowledging how he or she feels in the relationship. Stifling feeling states within the context of a close relationship may eventually lead to symptoms of anxiety and depression. This may inflate the deflector’s belief that the person has “issues.”

The tricky aspect regarding this dynamic occurs when the deflector accuses the other person of deflecting. Often an individual who uses deflection to a fault also utilizes projection. He or she may constantly accuse the person of having character defects that he or she actually embodies but refuses to see. For example, A narcissist frequently calls his or her partner a narcissist.