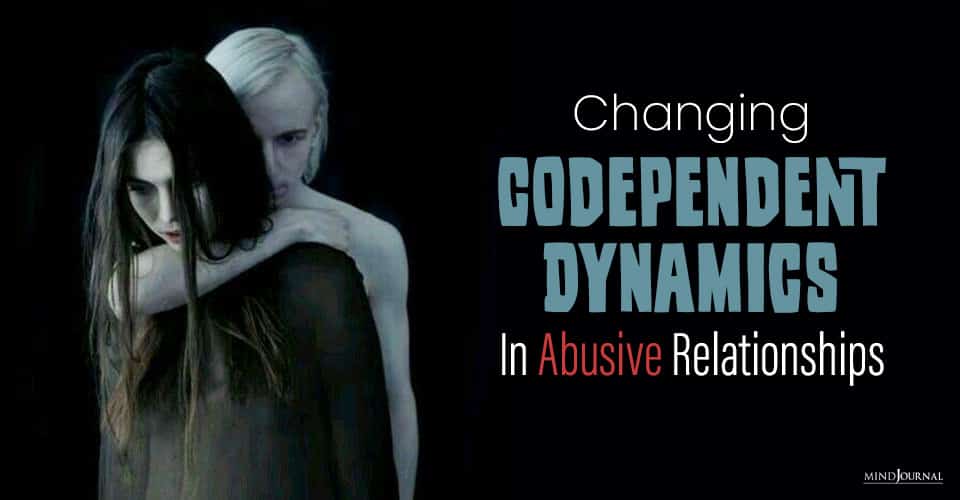 This makes sense when we consider the definition of codependency and that codependents have a “lost self,” in that their thinking and behavior revolve around someone else.

Due to dysfunctional parenting, codependents have lost touch with their ability to respond to their internal cues. They’ve come to believe that they’re inferior and that what they feel, think, need, and/or want, is unimportant. This is their hidden shame.

As a result, they hold an unconscious belief that they don’t truly deserve to be loved simply for who they are, but that they have to earn love. This causes basic insecurity and fear of being abandoned.

Codependency originates in childhood, including core symptoms of shame (including low self-esteem), denial, dependency control (including “caretaking”), dysfunctional communication, and dysfunctional boundaries. How these traits set the stage for painful relationships is explained in Conquering Shame and Codependency.

The Role Codependency in Relationships

Because many codependents have become alienated from their feelings, the drama of an intimate relationship with someone addicted or mentally disordered can feel energizing or familiar if their childhood was similar.

Codependents yearn for love and connection, and being desired makes them feel lovable. But their dependency and low self-esteem make them susceptible to seduction, and they confuse romance with real love.

Read: Codependency in Toxic Relationships: Symptoms, Signs and How To Recover

Codependents cope with fears of criticism, rejection, and abandonment by giving, understanding, pleasing, and being helpful. Their partner defines the relationship, and they go along to get along and maintain it. They admire a narcissist’s boldness, conviction, and perceived strength (qualities they themselves lack) and enjoy a supportive role, and feel taken care of.

With addicts and persons with BPD, they’re often in the role of helper and nurturer. To the codependent, being needed feels like love. It boosts their self-esteem and assures them that they won’t ever be abandoned.  However, addicts and people with NPD and BPD have deep shame, and they project their inner demons onto the very individual who loves and is trying to help them.

Codependents’ reactive role amplifies their focus on their partner, while they hide who they are. They increasingly try to control the uncontrollable, sacrifice themselves, and try harder to please and be accepted.

Although at first, they were idealized, now they’re devalued. A person with BPD vacillates between idealizing-caring behavior and devaluing-rejecting behavior. Instead of acting needy as someone with BPD, people with NPD act needless and can be remote and emotionally cold.

Some may show friendliness toward their partner, while others are continually critical and contemptuous. The more that love is withheld or inconsistent, the more codependents try to win it, falling into the trap of turning over their self-esteem and sense of well-being to their partner. They never feel good enough, reinforcing their hidden shame.

Read: Are You Losing Yourself In Your Relationship? Stages of Codependency and what you can do about it

This unspoken contract works for a while because codependents provide safety and stability to an emotional, insecure addict or partner with BPD and provide missing warmth and connection to a partner with NPD. But due to their own insecurity and weak boundaries, codependents absorb the blame, guilt, and shame dished out by abusers.

They feel powerless to help and satisfy their partner, guilty for “mistakes” they’re accused of, and resentful that their efforts are unappreciated and fail. As the relationship deteriorates, so does the codependent’s sense of self.

All the symptoms of codependency contribute to the dysfunctional relationship, which if untreated, worsen over time. As codependents become further alienated from themselves and enter into the later stages of their illness. The very traits that made the relationship work become its undoing

The dynamics in abusive relationships heighten codependents’ stress and escalate their attempts to appease and help their partner. The reality of the addict or personality disordered individual starts to infect the codependents’ self-concept and perceptions of reality, also. Their self-esteem is lowered and they become more anxious and drained trying to abate a crisis, avoid abuse, and hold the relationship together.

The longer codependents do this, the worse things get. They both deny their own pain and prevent their partner from taking responsibility for his or her behavior, needs, and feelings and from getting help.

This is called “enabling.” Codependents’ denial blinds them to the fact that their beliefs and behavior contribute to their unhappiness and that they have options to change.

Changing the Dynamics in Abusive Relationships

The answer is doing the complete opposite of what comes naturally to the codependent. I write from both my personal and professional experience. It is hard―really impossible―to change the codependents’ dynamics in abusive relationships without outside support.

First and foremost is seeing another view of reality, because partners become isolated and confused by the attacks, threats, and skewed reality of addicts, or people with BPD or NPD. It’s important to learn all you can about addiction and these disorders as well as codependency.

Change doesn’t really begin until partners focus on their own recovery, not on changing the other person, over whom they’re essentially powerless. That doesn’t mean that they don’t have any power or choices, but it’s over their own actions and lives.

Learning about addiction, BPD, and NPD and accepting these truths at a deep level enable them to detach and not react to what someone else decides to throw at them just because they’re uncomfortable in their own skin. They begin to realize that although their words may hurt, they’re not true.

Detaching doesn’t require leaving or being aloof. It’s like having an invisible, protective force field. Instead of reacting, they learn to honor what they need, feel, and want. They look to meet those needs from people who are safe and supportive.

As their self-worth grows, they learn to be assertive. Their boundaries improve, and they ask for what they want and set limits on what they don’t.

This isn’t easy, but their courage grows in recovery. They might get strong enough to leave or insist that our partner get treatment. Even if they don’t, they discover that their lives are happier, because they’ve taken charge of their own self-esteem and sense of well-being.

Read: How Abusive Relationships Trap us Into Not Leaving

Parenting a Child with BPD or NPD

Because codependents in abusive relationships lack communication skills and boundaries, parents react to their troubled child in unhelpful ways. Their child has been used to getting demands met and running the show, often without any responsibility. All children need boundaries with consistent consequences, especially those with NPD and BPD.

Read: The Dangers of Distracted Parenting: Why Parents Need To Put Down Their Phones

Sometimes parents blow up in frustration, which makes them feel guilty and shame their child. To compensate, they might relent on a boundary-making matter worse. Punishment and consequences should never be administered in anger, but in a matter-of-fact tone, and ideally should relate to the offense; e.g., “If you throw food, you must clean it up (or leave the table).”

Children need support and their feelings mirrored, but not indulged. They especially need to be taught empathy and the impact of their behavior on others. It’s important to model this and respect their feelings. Let them know that their actions affect other people in either positive or counterproductive ways.

For example: “How would it feel if your friend stole your toy)? Would you be hurt or angry? What about when your friend shares a toy? When you take your friend’s toy, he won’t want to play with you.”

Children with BPD need to learn self-soothing techniques and be guided to take gradual steps toward independence and self-sufficiency.

Parents underestimate the power and leverage they have to insist that their child behave, get counseling, complete chores, or seek employment. Often, they’re afraid that their child with BPD will die or commit suicide. Their fears make them easier to manipulate.

By not reacting, children will realize that their manipulative tactics no longer work. However, it takes tremendous courage for parents to stay steadfast regardless. It’s not easy to keep calm and love a child who is constantly disobedient, threatening, and saying cruel things.

Outside support is essential. Seek psychotherapy and Twelve-Step meetings, such as CoDA or Al-Anon. If addiction is involved, find an appropriate meeting for relatives of substance abusers.

If you’re dealing with someone highly defensive or narcissistic, follow the steps in Dealing with a Narcissist.

previousIs Your Drunk Personality Really You? This Is What Science Says
next7 Tips And Tricks For Dating In Your 50s