Codependency in Toxic Relationships: Symptoms, Signs and How To Recover 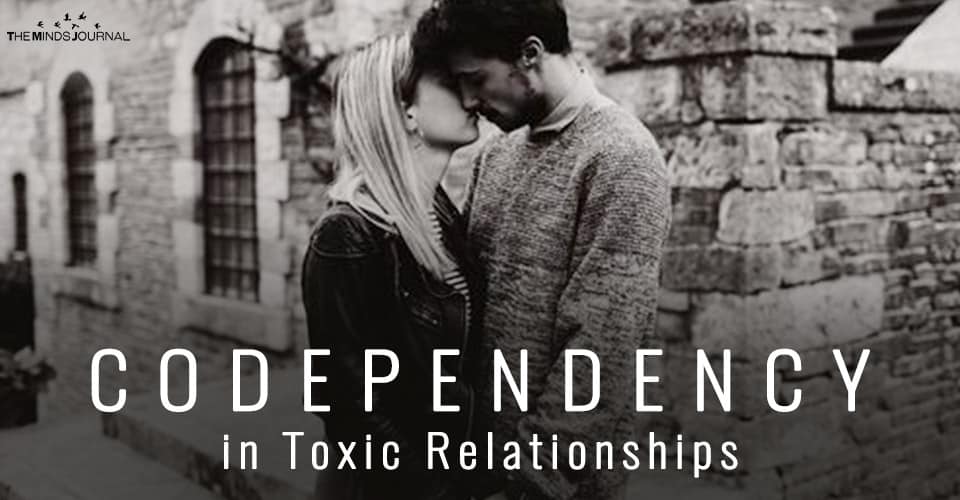 Do you ever find yourself making lots of compromises for the sake of your relationship? Do you find yourself invested so much in your partner’s happiness that you forget your individuality? You might believe these actions increase the bond for a healthy relationship. But the reality is, you’re a victim of codependency in a toxic relationship.

Here’s everything you need to know about codependency in a toxic relationship and how to recover from it.

Codependency can be an unhealthy side-effect of a toxic relationship with a narcissist. But what does “codependency” really mean? What are the signs of codependency? What does a dysfunctional family have to do with codependency? And how do you stop being codependent?

The Definition of Codependency

When you hear someone use the word “codependent,” often the first thing you think about is someone who is in a relationship with an alcoholic or drug addict. That’s because the term was developed specifically for this kind of relationship – initially.

What is the origin of the term codependency?

The term was developed by therapists who observed that family members often took on the psychological defenses and survival behaviors of the alcoholic or drug addict, thereby extending the disease from the individual to the entire family.

What is the definition of codependency?

“Codependency” is defined as an unhealthy relationship where partners are overly reliant on one another. As a result, a dysfunctional pattern of living and problem-solving develops between the two. This is a learned behavior, most often learned in childhood, meaning it is often passed from parent to child over the course of many generations. Psychologists consider it both a behavioral and an emotional condition that affects your ability to have healthy relationships.

Who is affected by codependency?

Originally, the term was used to refer to the family members of alcoholics and drug addicts. Today, we understand that codependency also affects people in toxic relationships. Codependency begins in the family, meaning that it can affect any type of relationship, but the codependent personality is developed in childhood due to family dynamics.

How Codependency Develops in the Dysfunctional Family

What is a Dysfunctional Family?

Dysfunctional families are more common than most people realize. While the dysfunctional family deals with regular conflict, blatant (and more subtle) misbehavior, they often appear “normal and healthy” to outsiders.

In reality, many kids in dysfunctional families deal with physical or emotional neglect and in some cases, psychological and/or physical abuse from parents, step-parents, and older siblings, often on an ongoing basis.

Why does a child from a dysfunctional family become a codependent adult?

We develop our understanding of the world and our place in it in childhood. Our parents reject, ignore or neglect us, causing us to feel like we don’t matter, or like we aren’t seen or heard. When we are made to feel unimportant, invisible, and unworthy, we begin to see ourselves this way.

We’re not validated and are in fact invalidated by our dysfunctional families. This leads us to become unhealthy, codependent adults. And, if we don’t heal ourselves, we can end up raising codependent, dysfunctional children, who may then continue the cycle with their own children.

Bottom line: kids who grow up in a dysfunctional family become codependent adults because dysfunction feels normal to them, so they subconsciously seek it out or attract it to themselves. Then, they pass it along to their children, who in turn, do the same. That’s why a total personal evolution is required to fully overcome codependency – and to potentially protect future generations from being dysfunctional.

As you might expect, this is also a common phenomenon among people who are in relationships with narcissists. This is because the narcissist has such unreachable standards in any relationship that the “supply” is treated as an extension of the narcissist’s self when it’s convenient – and as nothing, when it’s not.

Some will tell you they see a future with you, but most of the time their actions don’t align with their words. If the same thing is happening to you, then maybe your man is playing toxic mind games with you.